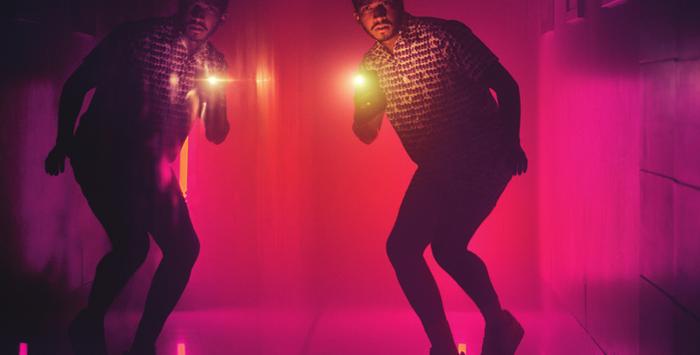 Tinder’s Swipe Night was a groundbreaking and highly-acclaimed interactive entertainment platform designed to give Gen Z new pathways to pair up through content.

In creating the second season of Swipe Night, Tinder set out to push the limits of ‘entertainment with purpose’; to innovate, not just iterate.

Swipe Night: Killer Weekend planted Gen-Z players in a whodunnit, interactive firstperson video experience. Over the course of three weeks in November, Tinder members worked in a complex group of friends to solve the murder of a character named Benjy in which they too were suspects. The choices the player made dictated different clues, plot twists and outcomes.

The experience was rich with datapowered personalisation. For instance, a player might see her Tinder profile on a character’s phone. At the end of each week, participants were asked to choose their suspect before being paired with another user who had chosen a different suspect. A new Fast Chat feature brought the pair together to debate their choices and analyse clues to solve the mystery together. When the conversation ended, users could choose to match with the other person. Or not. Tinder’s belief was that this kind of low-level chat would help break the ice between couples and let them get to know each other better before committing to a match.

Tinder’s immersive approach pulled members down the Killer Weekend rabbit hole. Among the millions of members who completed Episode 1 globally, over two-thirds came back for Episodes 2 and 3. Completion rates were over 30% higher than the first season of Swipe Night.

If metaversic is a word, then this is a metaversic sort of experience with a deliberate blurring of the lines between IRL and virtual. I don’t suppose it will win as many garlands as the original Swipe Night, even though it’s a massive move-on. Swipe Night 1 got 20 million users and led to a 26% hike in matches. It also won an Emmy.

And that’s what makes this so interesting because when you go online to explore more you find it being hyped up on TechCrunch rather than The Drum. There’s a lot of interest in its cast of up-and-coming actors and for the director, Sasie Sealy, and writer, Brandon Zuck. In other words, Swipe Night is seen as entertainment, which people like, rather than as marketing, which people dislike. Advertising that doesn’t look like advertising is, these days, smart advertising.