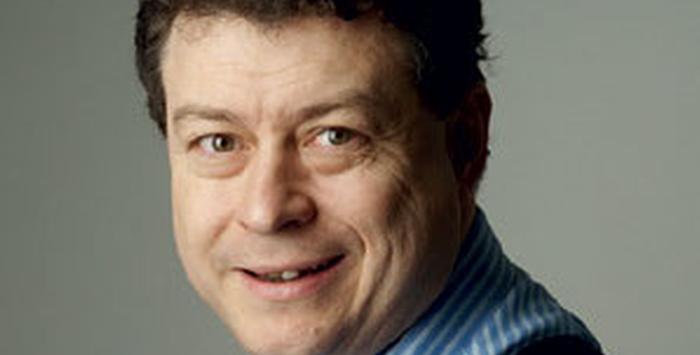 The most valuable thing about behavioural economics

The most valuable thing about behavioural economics is the name.

About a year ago I had lunch with the splendid Steve Henry. He recalled an evening spent sitting in the offices of HHCL in 1994 waiting for the advertising campaign to break for Ronseal Quick Drying Woodstain.

I am sure most of you will remember this advertisement for giving us “ It does exactly what it says on the tin.” Years later, you still hear everyone from political commentators to taxi drivers using the phrase.

In fact, according to the sentence’s own Wikipedia entry (yes, truly), “Such is the phrase’s ubiquity in the UK that in a 2011 BBC News report concerning the copyrighting of phrases and expressions, a copyright expert expressed surprise that Ronseal used such a common, everyday phrase in their advertising.”

In fact the campaign is still running today, and the copyright is still owned by the Sherwin-Williams company, who manufacture Ronseal.

Back on that fateful evening, however, the group at HHCL were not sitting there awaiting plaudits from consumers or from the advertising industry. They had their heads in their hands, and were sitting silently despairing in Steve’s office. “This is it; we’re all finished” would have been the phrase that captured the prevailing mood. They assumed that the campaign would expose them to such widespread peer-group ridicule they would never win any business again.

I like this story on many levels. For one thing it shows that successful, long-running advertising ideas cannot always be spotted in advance, even by the people who create it.
In fact I think it shows more than that: great advertising will sometimes be seen as slightly embarrassing in advance because the very “burr of singularity” which makes it noticeable and charming on casual viewing is something which seems irritating or absurd when subject to the kind of deep rational analysis to which its creators or backers subject it 1.

But there is another reason I love the Ronseal campaign. Which is that it does that wonderfully rare and beautiful thing: by creating a phrase – a meme, you might call it – you can change the way people think, decide and behave.

“BO” and “Athlete’s Foot” were both advertising coinages which, by creating a name for a problem, made mental room for a solution to be sold. More altruistically, perhaps, so was the phrase “Designated Driver”. A group of experts realised that creating a behaviour is made much more difficult when there is no ready name for it: they therefore invented the phrase “Designated Driver” or “DD” realising that, by creating a name you would imply a norm. Film-makers and scriptwriters for Hollywood soap-operas and sitcoms were encouraged to incorporate the phrase in their plots. And suddenly the question “Who’s the DD?” became a normal one to ask when setting out by car for an evening on the lash.

The Dutch arguably went one better. They created the name Bob – an acronym for Bewust Onbeschonken Bestuurder or “deliberately sober driver”. Who is going to be Bob tonight?

There is a (much debated) academic theory underlying this. It is known as the Sapir-Whorf hypothesis or simply Whorfianism, and is closely related to the idea of Linguistic Relativity. Although some people dispute the stronger forms of this hypothesis, there is ample evidence that our vocabulary (or lack of it) can either enable or limit our thinking. The ancient Greeks seemed to have no word for “blue” which led to bizarre Homeric epithets such as “the wine-dark sea”. Russians, by contrast, have two different words for “blue” and Russian-speakers seem to be notably better at distinguishing between different shades of blue as a result 2.

We tend not to notice the effects of Linguistic Relativity. But it is vitally important. Think how difficult it was to criticise or demonise homophobia, say, before the word itself existed. How difficult was it to move to a smaller house on retirement before someone invented the phrases “downsizing” and “empty nesters”. Suddenly these two words allow you to move somewhere smaller while positioning the decision as a choice, not a compromise.

And it is for all these reasons that I welcome the invention of the phrase “Behavioural economics.” To be honest, we did not need the phrase – a more accurate phrase would be “behavioural science” or even just “psychology”. But its invention is vitally important to everyone in marketing. Because it allows us to describe what we do using the language of a science which even the most numerically obsessed CFO has to take seriously.

Recently I argued with a group of academics on the importance of the phrase “behavioural economics” – even though I freely admitted that, from a purist’s point of view, it was a misnomer.

My argument ran as follows:

1) We don’t really decide what things are called. Darwin only used the word “evolution” a handful of times.

2) It is a very valuable term as a Trojan Horse. If I want to get people studying for MBAs, say, or people in finance, to take behavioural science seriously, anything with the word “economics” in it will get their attention: anything with the word “psychology” in it, by contrast, will probably make them think of couches and hypnosis.

3) Since economics has become a dominant ideology in business and policy-making, and since one pressing job for behavioural science is to encourage people in such positions of influence to incorporate behavioural science into their thinking, any name which suggests that their pre-existing model (in which they have already invested an immense amount of thought and effort) needs be improved will be more successful than any head-on assault which suggests their model is wrong and needs to be replaced. After all, loss aversion and the endowment effect apply to ideas as well as things. There is hence nothing wrong with sugaring this pill if it helps people swallow it. It is simply easier to switch from “economics” to “behavioural economics” than it is to give up “economics” entirely – just as it is easier to switch from cigarettes to e-cigarettes than it is to give up smoking completely.

So, As a definition, “behavioural economics” is rather dodgy; but as a rebranding effort, it is genius.

I went on to say that “for a mixture of principled and self-interested reasons I would like behavioural science to have an influence commensurate with its importance. If that means it’s sometimes called something different, it’s a trade-off I can easily accept.

My “self-interested reasons” are very simple to explain. I am 47 years old. Now there are all kind of economic reasons why there are so few people over the age of 50 working in advertising. But I cannot help feeling that one reason why people in their fifties abandon advertising (far more, for sure, than their contemporaries in law, medicine, accountancy or management consultancy) is for the following two reasons.

1) Advertising, by failing to ally itself to any recognisable science or body of knowledge, does not really pay a premium for experience. There is no mental framework on which you can hang a lifetime of accumulated experience. This means that we habitually value youth and vitality over wisdom and maturity.

2) Engineers, doctors, lawyers, have the advantage of “an argument from authority. We have no such luxury. Every argument, every point of view, has to be defended from scratch. This becomes increasingly frustrating with time. The fact that there is now a recognised, peer-reviewed body of work which gives weight to our long held beliefs – for instance on the danger of market research – should make my next few years in the business markedly less frustrating.

We have always had recourse to arguments from psychology, of course, but this is alas a phrase which carries no credibility with the very people we need to influence.

Can this problem be solved simply by the invention of a two-word name? The experience of Bob suggests that it might.

1 This also applies to film-making, apparently. My brother-in-law recently met someone who worked on the original Star Wars movie. No-one, he explained, was expecting the film to be anything other than a catastrophe: the crew were simply doing their jobs for the money, happy to indulge George Lucas’s deranged fantasies so long as they were being amply remunerated for their efforts. People would glimpse over the script or call-sheets for the forthcoming day’s shooting and sneeringly read out to each other sentences that seemed particularly absurd: “Bob, have you seen this? ‘C-3PO and R2-D2 are walking across a desert landscape. R2-D2 is chirruping querulously’....Jeez, Bob, what kinda shit is this guy on?”

More recently, so unconfident were 20th Century Fox executives about the financial prospects for the film Avatar that they made sure to launch a sure-fire success to coincide with its release: Alvin and The Chipmunks: The Squeakquel became a hedge to provide fall-back income should the former film fail