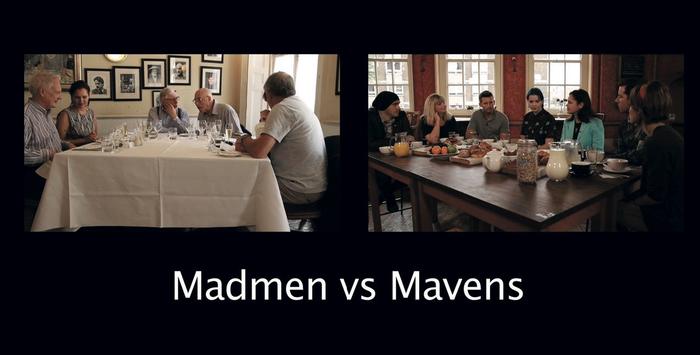 Think you're as good as the Mad Men of yesteryear?

There was a time when British copywriting was considered, without doubt, the best in the world. Is that still the case?

Are the exemplars of great copy now only to be found in dusty yellowing annuals? Are the truly great copywriters relegated to history, the 'Mad Men' era of British advertising?

The campaign for great British copywriting is posing these questions and many more as we delve into the state of copywriting today.

Of course, there's been a lot of talk (you can hear some of the most controversial soundbites in our Mad Men v Mavens film at dma.org.uk/greatbritishcopywriting/madmen-vs-mavens) But perhaps the most compelling argument could be made by posing a challenge:

Could you write an ad in the style of one of the great Volkswagen ads?

If you're up for taking on the greats of the Mad Men era, here's your brief.

Your client is VW in the 60s. Take any of their ads as your brief. Everything you need to know about the car is in the copy. You don't have to be clever. If you have a copy of the book, you'll see all you need to do is write a headline beneath a squared-up half-tone picture of the Beetle with three columns of copy beneath, extolling its finer features.

We will not be anticipating anything to match the classics like 'Lemon' or 'Think Small'. All we want to prove is that there are people out there who can still write a nice ad.

You could win a mentoring session and lunch with Britain's most awarded copywriter ever, Tony Brignull (watch him expound his views on copywriting in Madmen v Mavens).

You could also win a year's subscription of the much-coveted Directory magazine.

And you could get your ad featured in the next issue of the magazine with a commentary written by the judges, John O'Driscoll and Alfredo Marcantonio, authors of 'Remember those great Volkswagen ads?"

Once you have your ads, scan them and email them to [email protected]. Please make sure she has your full name and email address.

You have six weeks to become a Mad Man or Woman. Ready, steady, write.