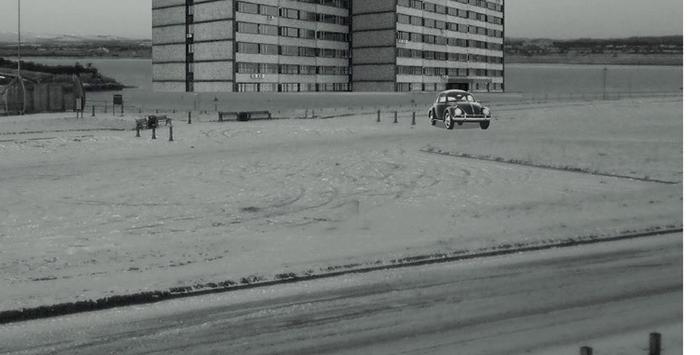 In Issue 33 of Directory, as a bit of a plug for the marvellous book "Do you remember those great VW ads?" written by Alfredo Marcantonio, John O'Driscoll and the late David Abbott, we invited our readers to write an 'old' VW ad.

It was also a way of supporting the DMA UK's 'Great British Copywriting' initiative. This looks as if it is turning into a training programme designed to help creative people learn to think as much as to write. Even in this quick-clicking digital world, the copywriter's skill is in being able to frame a persuasive argument.

Remember The Economist ad written by David Abbott? He could have written: The Economist is read by intelligent people in the business world.

What he actually wrote was: "I don't read The Economist." Management Trainee, aged 42, the artful copywriter takes a proposition and turns it into a new and arresting thought. Thus, 'Volkswagen go to remarkable lengths to check every car before it leaves the factory' becomes the story of a car that failed to make the grade. Lemon.

Alfredo Marcantonio and John O'Driscoll have brought some of the same gimlet-eyed ruthlessness to this competition that VW inspectors brought to the production line.

Their overall impression is that the DMA's initiative comes not a moment too soon. If they have been tough, that is because they were looking for ideas which belong in the 0.5% category. The other 99.5% being irrelevant, invisible or poorly executed.

No plums then but a winner.

And the winner is

In terms of numbers, submissions to the Volkswagen ad challenge that John O'Driscoll set in the last issue were most encouraging. In terms of quality, the response was less impressive.

Around fifty concepts rolled in. Every one of them following the current trend for 'finished' layouts. Back in 1959, the original ads were presented as layouts – rough feltpen sketches that sat above three 'columns' of hastily drawn, grey, horizontal lines.

It was the only option. Nobody had shot a car 'au naturel'. on a white background before. It was a groundbreaking idea. And the truth is, a photograph that has already been taken is unlikely to help you create one of those. Worryingly, it is a fact largely ignored by today's ad agencies.

The industry has become addicted to presenting ideas in a highly finished form. It is a habit that holds another danger. All too often, clients think the final ad is going to look like that first, hastily cobbled concept. And they often insist that it does.

Instead of being a springboard, the layout becomes a straightjacket. Disappointingly, all but one of the Volkswagen entries pinched the picture from an existing ad. The one exception to this 'seen it before' gallery was a valiantly comp'd-up image of a lone car in a snow covered, office car park that appeared above the headline 'No excuses.'

Created by one of the graduate teams at The Hub, in London, we awarded it 'best in show'.The copy, like the comp'd image, provided a stark contrast to most of the other entries. Its sentences built like bricks to form a cohesive sales pitch for the car. Until the last column at least, where it all goes a bit 'Pete Tong'.

Our second choice was Stu and Bel Wilson's 'Enjoy the curves'. The copy was some of the best submitted but it would have been better stressing the rounded bodywork's ability to shun rain, rather than getting sidetracked into an aesthetic argument and simply claiming the car's lines were more 'fun'. Another one of the stronger entries was Mike Watson's 'The only constant is change'. (This is a shortened headline - we felt the 'You'd never know etc ' wasn't needed.) While the ad uses DDB's familiar 'Theory of evolution' imagery it does at least attach a fresh message to it. It is also another of the very few ads with a cohesive argument running right through the copy.

There were around a half dozen other good, but poorly realised ads. We particularly liked the 'All go and no show' headline. But the ad itself went off in the wrong direction. For us, it would have been better to show a tatty car rather than a disappearing one. The copy could have then delivered an 'It's ugly but it gets you there' style message. The chosen argument about salesmen not wanting to sell VWs is spurious and unconvincing.

We liked Tortoise too, but the copy was rather awkwardly written, as if English was not the author's first language. More worryingly, it failed to exploit one of the most remarkable and renowned attributes the Beetle shared with the turtle family. Long life. 'Live slow. Die old' was another nice line let down very badly by the copy that followed. The benefits of the car's slow revving engine and less revolving tyres, fail to warrant a single mention but the phrase 'beautiful girl' earns two.

Overall, as we said at the outset, we were disappointed. We don't imagine any of the ads would make it past Messers Bernbach, Levenson, Abbott or Brignull. There were two 'Lemon' layouts that had simply been re-headlined 'No' and two ads featuring the 'After 3 years...' used car illustration re-headlined "How Much?". Evidence that great minds think alike? Or proof that fools seldom differ? We'll leave you to judge that one.