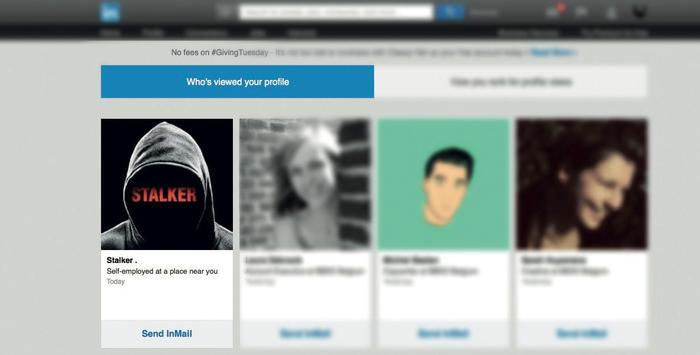 LinkedIn was known primarily as a professional business network. Yet, it also had a quite creepy and voyeuristic side: namely, the 'who's viewed your profile' feature. The idea was to use this function to announce the launch of 'Stalker', a new thriller series on the Belgian TV channel, Vier.