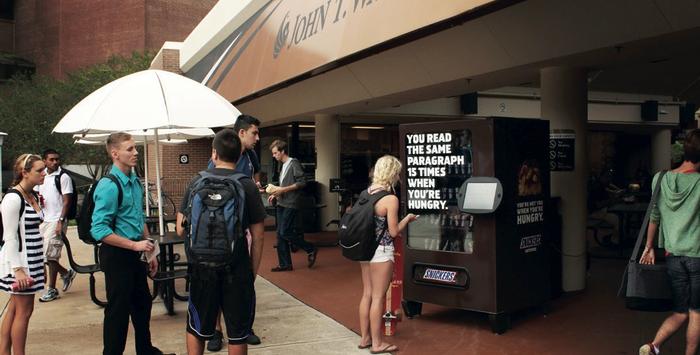 Vending Machines Where They’re Needed Most

Since its launch in 2010, "You're not you when you're hungry" had become a successful global campaign for Snickers. The brand strategy aimed to bring relief to those who were off their game due to the debilitating side effects of hunger. The campaign was translated into over 60 languages in more than 40 countries and was brought to life in countless forms of both traditional and non-traditional media.