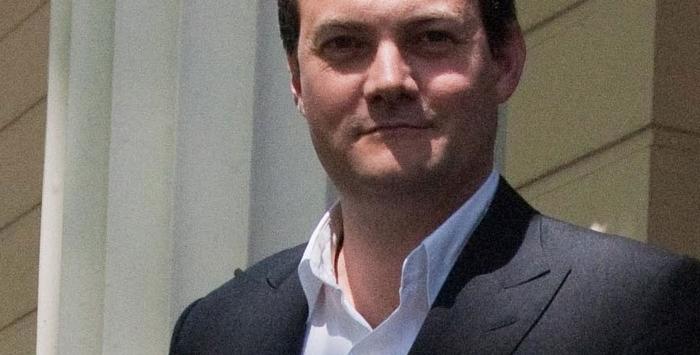 Sounds like a big deal. But, as a creative, is it a big deal?

Should you really care two hoots about Big Data? Is it really going to change anything? And what is it anyway?

First up, here’s the “Bluff your way in Big Data” spiel, so you sound knowledgeable:

Big Data isn’t really a thing so much as two things that have collided.

Firstly, it’s the capability to crunch (or analyse) large sets of data, which never used to be possible. The ability to crunch this Big Data comes down to the availability of lots of computing power that can be brought to bear on large sets of data – what used to require one big computer (think IBM’s ten billion dollar SAGE computer built to process radar data in the cold war) is now possible with lots of smaller, cheaper machines, networked together – and you can rent those by the hour. So it’s suddenly affordable for businesses and universities to attack sets of data that previously were too expensive to look at.

Secondly, the amount of data available to be ‘crunched’ has grown exponentially. The records of almost everything are now digital – hospitals use computers to store patient records, companies use databases for all customer records, and so on. And old data records are rapidly being converted to digital so they can be stored more easily. At the same time, we’re spewing out our own data trails…

Through email, through social networks, through forums, blogs and all the myriad ways we have to express ourselves, the internet now contains more data than we can possibly imagine.

Here’s a fact: 90% of the world’s data was produced in the last 2 years. Which is more interesting the other way around - only two years ago, data scientists had just 10% of the data they have today.

Put simply, there’s never been so much data to analyse before today and there’s never been as much computing capability to process the data. When you add those things together, people can find some impressive results. Here are three examples you should know about, although they’re not suitable for every pub conversation:

The one almost everyone references is “Big Flu Data”. The CDC (Centres for Disease Control and Prevention) used to gather flu trend information from local hospitals and clinics – they’d report into regional centres and the data would be sent to the CDC. It took roughly 2 weeks, which is a long time if you’re trying to get ahead of a genuine outbreak.

This changed when engineers at Google realized that they could predict flu trends using search data – by looking out for certain words being used in searches, they could see people with flu symptoms long before the clinics and hospitals even saw the cases. In fact, they were able to give the CDC updates on a 24-hour basis, making the CDC far more able to monitor flu epidemics, ensuring breakouts are kept to a minimum and resources are focused where they’re needed most.

The most dramatic example is probably “Big Police Data”.

In the past few years, two professors from UCLA (University of California, Los Angeles) have been helping the Los Angeles police force to predict likely crime zones. Sounds like Minority Report, but it’s just about trends – they saw, using historic data from the LAPD, that crime tends to spark other crimes. There’s a series of ‘aftershocks’ that happen following a crime event and they tend to be localised. Using today’s crime data, they can map out where the most likely areas are for crimes tomorrow. And it works!

The LAPD use the technology to help focus officers and either catch the criminals in the act or even prevent it – in the pilot alone, they saw a 26% decrease in burglary. Watch “BBC Horizon, Age of Big Data” for the full story (it’s on YouTube).

Finally, the “Big Divorce Data” example: American Express is able to predict an impending divorce with 80% certainty TWO years before it happens. Scarily true and it’s not based on illicit/immoral behaviour showing up on your credit card, either - it’s based on general spending patterns between a couple. Sadly, there are no plans to use that information to give future divorcees any warning. And would it help? So… search data can be used to predict the spread of flu; crime data can be used to predict future crime; and credit card data can predict a divorce. And you can imagine how this extends to marketing data – soon, we’ll be building models that predict more than just the effectiveness of advertising. But it doesn’t stop there.

The most obvious applications are in understanding the audience better. It’s more a world for planners but you can imagine the new trails of information that will open up as Big Data comes to bear on marketing data. A world of new insights and new opportunities – all identified by analyzing the massive trove of data that already exists in every business and the trails around it. It’s a paradise for planners, replete with actual consumer behavior and whole sets of data that have never before been open to them.

Hopefully creatives will start to see these new opportunities and insights filtering through as briefs and briefing discussions very soon. It’s the first real impact of Big Data on Creative:

What changes more is the impact that Big Data is having on the world of media. Because, with all of this data comes a new world of targeting. Media agencies and media planners now know more about the audience they’re buying than ever before. The process of buying itself is even changing at pace: the emergence of RTB (Real Time Bidding) means that ads are served based on explicit targeting – as a media buyer, you ONLY buy the ad placement if the viewer is your exact audience. Right now, it probably accounts for about 10-15% of any media buy, but that number’s increasing rapidly and it will become more and more important as we develop campaigns. It’s the first change that really impacts creative, because now we need to ask: “If you knew who’d see the ad, what would you do differently?”

People talk about ‘relevance’, but it’s really about smart creative. At the moment, the problem is that people who have looked at a product get re-targeted. I met a guy recently who’d been stalked by garden sheds for three months – after looking (and buying) one online. The problem was, the ones he considered and rejected didn’t take no for an answer. They pursued him relentlessly. It’s a classic use of Big Data but it’s not good – it’s Nosferatu Marketing – like your local pizza restaurant manager following you around everywhere you go, offering you a deal if you eat in his restaurant that night. Popping up at work, on the tube, at the gym. You’d go mad. You’d probably punch him.

Next, let’s look to the near future… when more and more media will be delivered digitally. Today, TV is mainly received through an aerial, a satellite dish, or cable. The signal has no idea who receives it, nor who’s watching.

But that’s changing. Not just Internet TV, but more and more ‘regular’ TV is going to be delivered digitally in the future. And that means the household receiving it will be identifiable. At the same time, the data available on the household will get more complete. So, TV Broadcasters will effectively know who’s watching shows.

Suddenly, TV audiences will be more like online audiences – you’ll be able to pick and choose who sees what advertising. An ad break will no longer be the same for every household watching “Mad Men” – it will be based on who’s watching and which advertiser is willing to spend most. It’s been tested in the US already, using cable boxes that show different ads in different households, depending on the viewer. And it will grow. Now, imagine what this means for both TV Ads AND Digital activity.

Targeting has always been a murky science – buying ‘men’ on TV just means that you have ‘less housewives’. There’s no real targeted buy. Everything we’ve done in the past, as advertisers, has to recognize the reality that it will be overheard. You can’t target any group specifically, so you have to produce work that doesn’t offend anyone. Work that your client can show around the business without getting fired.

But what happens when you can pick who sees the ad?

Surely, this is the moment when you stop presenting ads that are acceptable to all audiences and start showing things that are specifically going to grab the attention of your audience.

In the same way, surely we can start to be more focused…

If you’re not talking to everyone and we have the data to see what motivates purchase, then ads can become more single-minded. Less need to cram everything in, because we know who we’re talking to and what they need to hear to have an effect.

Briefs will start to get punchier and the creative task will be more focused. To use the old analogy, you’ll be pitching one ball at your audience, not 3 – leaving more opportunity for creative engagement, not just wall to wall product explanation.

Of course, if you’re targeting acutely, you’ll need to have more than one execution. Once you split older/younger or male/female or previous purchases vs. new, then you’ll need to talk to them differently. The challenge for agencies and creatives will be how to produce more variety rather than just versions of the same thing.

The great thing is that we’re talking about more creativity, rather than less. The opportunity to produce more varied work and to find different ways to present a consistent brand – because you’re talking to different audiences.

Finally, there’s a whole new science to tracking active campaigns. Again, the capabilities of Big Data mean that you’ll see more campaigns reporting in real time. As a team, you’ll see what happened the day before (if not the hour before). The impact the TV ads are having as well as the feedback people give. The amount of people that watch the whole way through, the actions taken, and so on. It’s happening to a degree today with digital ads – the best agencies already see live data on digital and social campaigns.

But what happens when that ‘control room’ mentality hits the rest of advertising? Are you going to be able to edit on the fly? Can the print ads be subtly changed to work harder? Do you flip the existing media rollout and start with something digital that you bubble up to TV, rather than launching on TV and supporting in other media? Or is someone going to make a campaign that morphs as it plays out – changing daily and constantly enthralling the audience?

Just in case you’re thinking all this is a distant reality, remember it’s available right now, today. It exists across plenty of digital mediums, but it also exists for a mass audience: on Facebook. And, given that Facebook is a media where you can target everything precisely – and do so to a massive audience – why aren’t creatives and agencies doing amazing targeted work on Facebook? It’s got all this amazing targeting technology and it’s being used by credit cards and dating sites!

As the world changes and Big Data begins to make a mark, there will be creatives that get ahead of it and do things we will revere. That grab the opportunities and make something amazing. That aren’t scared by it, but inspired by what’s possible. The question is: will it be you? —Simon Law, Chief Strategy Officer, Fabric Worldwide