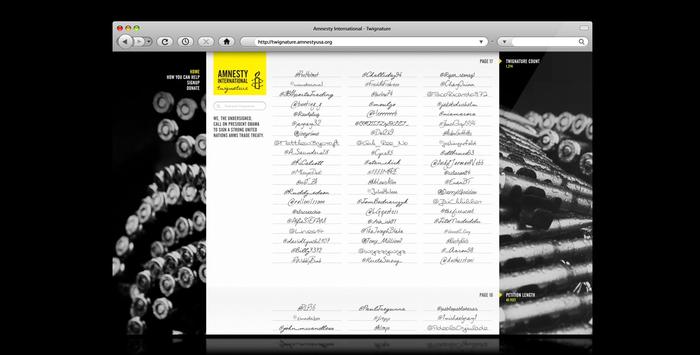 In March 2013, the United Nations met to negotiate a global arms trade treaty, to stop weapons ending up in the hands of tyrants and child soldiers around the world. In order to reach a meaningful resolution, it was critical they received the support of key world leaders, especially President Obama, who was facing heavy opposition from the NRA. Twignature was launched to capture support for this cause by lobbying President Obama to sign a long overdue arms treaty.