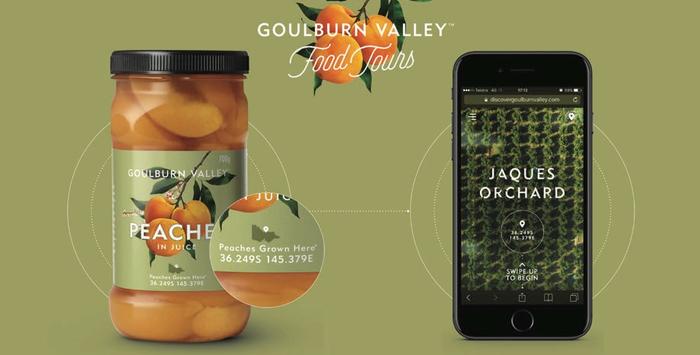 In association with Xerox: Innovations in packaging are opening up new frontiers for brands

Remember all those TV commercials in which the pack animates and starts talking? We used to mock the genre as being 'Tommy the Talking Toaster'.

Spike Jonze even made some hilarious ads (for an unremembered product) in which people reacted to a talking carton of orange juice the way you really would if it happened in your kitchen. With fear. And violence.

But now fact has caught up with fiction and your box of cornflakes really can talk to you over breakfast. Your bottle of Australian wine can tell you stories. A tin of peaches can show you where the fruit came from and help you book a holiday there.

Digital technology is transforming packaging into media. As my old mate Paul Simonet, CEO at Experience is Everything, likes to say: not just media, it's trusted media.

When Coca-Cola in Australia started printing the 150 most popular names on their bottle labels and then on their cans, marketers all paid attention. Sales grew by 19%.

McKinsey's have estimated that personalisation at scale "has the potential to create $1.7 trillion to $3 trillion in new value."

McKinsey's also say the way to access these riches is through the four Ds. Data, Decisioning, Design and Distribution.

And guess what? The four all intersect in packaging.

So, when it became clear that print technology now allowed brands to experiment with the sort of short print runs that were impossible a decade ago, it didn't take long for the braver marketers to try.

Snickers came in a variety of wrappers. Feeling Snippy, Loopy or Feisty? You need to feed on peanuts and caramel.

Fun. But passive. More recently brands have begun to use their packaging as the start point for interactive experiences. See what Coca-Cola are up to now on pages 72-73, inviting people to write messages on the cans and share them both virtually and really.

Lay's printed bags with 40 different smiles and invited people to upload selfies of themselves smiling to Instagram. The next step was to invite fans to go online and buy crisps with their own faces on the labels.

Now, in response to the unhappy faces of the pandemic, Lay's USA has printed a limited run of 70 packs featuring 30 everyday heroes, people who are helping others less fortunate get through the crisis. QR codes will connect buyers to the personal stories of those marvellous "Everyday Smilers."

This sort of intimate personalisation is made possible thanks to amazing new printers like the Xerox Iridesse. It doesn't just make tiny print-runs economically viable, it makes things look amazing. I'm speaking personally here. The magazine you're holding was printed on a Xerox Iridesse because it prints the eye-popping Fluorescent Pink that has made our packaging, aka the front cover, so exhilarating.

We've also printed in the past using the Xerox iGen 5, which can also print short-run folding cartons for any number of markets. It's a printer that does more than let brands look proudly distinctive with white, clear and Fluorescent Yellow (as we did with the cover of Issue 54), it allows them to print sustainably – to print at 'the point of need'.

Which is a neat segue into the greening of the packaging industry.

Eco-friendly is no longer a buzzword. It's a demand. My children's generation is determined to eradicate single-use plastics and plant-based packaging looks as if it is the way forward.

Interestingly, KitKat in Japan no longer comes in plastic but in paper. Instructions show chocolate-munchers how to write messages on the wrapper and then use simple origami to turn it into a bird to share with friends.

It's something of a turnaround for paper and print, which not so long ago were regarded as environmentally unfriendly.

Don't get me wrong. there is still much to do to get more companies to buy into the principle of reduce, reuse, recycle. But there have been some intriguing innovations.

Instead of plastic shopping bags, H&M have bags made from 80% recycled board, which can be reused as coat-hangers.

Instead of plastic tubes, L'Oreal is working to make cosmetics bottles from paper. And Carlsberg is looking at bottles made from wood fibre. This is part of a commitment to being carbon neutral at its breweries and to reduce their full-chain carbon footprint by 30% by 2030.

Meanwhile, a company called Sylvicta has developed packaging for food products that looks like plastic but is actually translucent paper.

Innovation is the name of the game for any company with ambitions to still be in business twenty or thirty years from now. And Xerox has long provided a home for innovators.

Guerino Sacripante works at the Xerox Research Centre in Canada. Building on his collection of 240 patents, his particular schtick right now is sustainable ink. Xerox solid-ink toners already have 30% renewable content but he has ideas for bio-renewable inks made from natural polymers like rosin and lignin, which could accelerate positive change.

(A little thumbs-up here to Xerox for being ranked in December 2020 as one of Newsweek's Top 100 Most Responsible Companies.)

The global packaging industry has been growing like Jack's beanstalk. Covid has meant even more of the stuff as home deliveries have scaled up.

This is a problem as well as an opportunity because people (especially younger people) are taking an active interest in the matter. They've seen how every beach in the world now has a crust of plastic and they are insistent that brands should find alternatives.

Those that do will prosper.