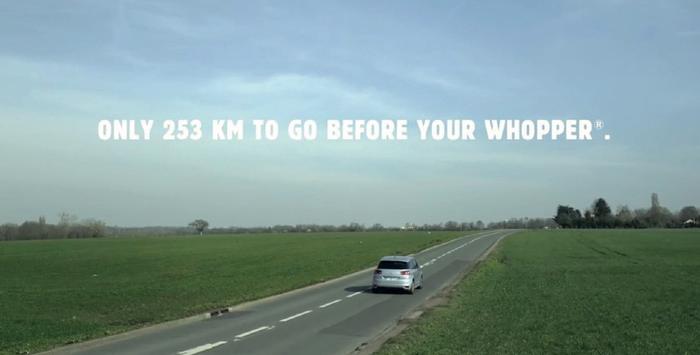 In France, McDonald's was the market leader in burger-led fast food. Its 1,300 restaurants gave it almost blanket coverage of the country.

By contrast, Burger King, which had only just returned to France after absenting itself for 15 years, had only 45 restaurants – albeit expanding fast.

McDonald's launched an aggressive video campaign designed to remind consumers that they were never far away from a McDo (as they're known in France) and that the nearest BK was sometimes hundreds of kilometres away.

The video showed huge posters being erected with lengthy, complicated directions to the closest Burger King some 253 kms away. Next to it viewers could see a companion poster: McDo – 5kms away.