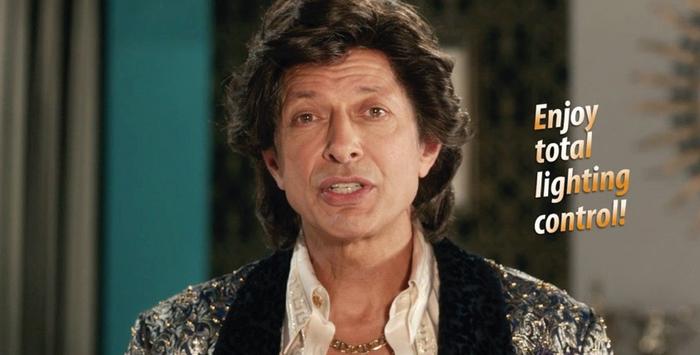 11 Creative Directors from around the world gave us their thoughts on three campaigns that would win at Cannes 2015.

Humour hasn't done that well at the award shows recently. This spot for General Electric is totally hilarious and hopefully takes home a Lion for its complete craziness.

The Other Side – Wieden+Kennedy London

It's the piece for the Honda Civic Type R everyone keeps referencing. The simple device, compelling story lines and meticulous craft have set the benchmark for work on a custom channel very, very high.

Love Has No Labels – Ad Council

This piece has charm and universal appeal. It uses the most rudimentary piece of technology to create a powerful message we can all relate to.

Is this a vintage year for Cannes winning work? It doesn't feel like it, but then again, I'm sure there's a lot more to come. Cannes is such a focal point for the industry these days that there's always a whole slew of work that seems to make it just in the nick of time. So from what I've seen so far, here are a few of my predictions.

Buy clothes, torture them, wash them then return them for a refund. A simple product demo, but when done in such an entertaining, cheeky and bordering-on-illegal way, it can't fail to win in social media. A bearded Aussie paintballing in a red dress? Gold.

Always are trying to boost the confidence of girls going through puberty by changing the meaning of 'like a girl' from an insult into something positive. I've used the phrase before, as I'm sure most of you have too. And that's why this has struck such a chord with over 80 million people that have viewed the film on YouTube. They've created a movement. And you don't get much better than that. Is it reminiscent of Dove? Yes, I suppose so. Is it going to win? Definitely.

This is a great idea for Water for Africa. A simple juxtaposition that has such a powerful and emotional impact. As the keep fit fanatics and pantomime cows of the world run the Paris Marathon, one African woman walks the course with a huge container full of water carried on her head. Strapped to her front is a simple placard reading 'In Africa, women walk this distance every day for clean water'. Simple and brilliant.

I'll avoid the obvious big winner, #likeagirl, because we've all seen it consume everything in its path. And I'm certain it'll continue its world tour of Grand Prix winnings at Cannes. So that doesn't count as one of my three, Directory, okay? So my first of three picks to win Gold this year is:

These hilarious videos, while making fun of their unwelcome lot in life, become the most sharable pre-rolls ever made; well, at least the milk-spilling- dog-on-the-dinner-table one did. I watched that one about 12 times before blinking. Great performances, especially Rover and Mom's crazy dimple. Others in the series can't match that canine bedlam, but one's enough to get on stage.

They turned a brief for yet another yearly catalogue into some extremely well observed satire. While not exactly mind-blowing, I'd bet there's a category or two in Direct or Promo where it jumps right out of the pile.

Honda Civic – The Other Side

So flawlessly executed, the casting, the editing, the storyline, and for a Civic? Pushing the 'R' key gave me my biggest 'I'd wish I'd done that' moment of the past year.

The 60' spot follows a girl as she explores the power of freedom that SKY TV puts in her hands. Flawlessly executed, this spot leaves you feeling like anything is possible and you are, in fact, in control. Why should this get a lion? Because if it doesn't I am not sure what will.

Featured in Directory 34, such a great idea. My favourite is the chicken film. On its own I'm not sure
if it will win but I hope I am wrong. It's fun. The integrated campaign on the other hand deserves a Lion. It taps into the very fabric of Australian society, acknowledging that most Australians fly less than 3 times a year and perfectly parodies the more expensive airline loyalty schemes that we all get sucked into.

What a great piece of work. Y&R NZ and Land Rover took a heart-felt 'Dear John' listing on TradeMe and turned it into a TVC they aired on Valentine's day for the original four owners. How awesome?

There is no one category for this idea but I predict a lot of Lions.

This spot for ADOT.com performs with its simplicity and social purpose. Pretty impressive.

Another of my favorites for Cannes. Live video content is turned into a direct channel with the first- ever real-time adaptive QR code. Nicely balanced between new technology and brand image.

A very sophisticated piece of work for John Lewis, it celebrates a moment of joy in a very, very emotional and touching way.

A simple idea based on a simple human insight. I don't play too many ads to my young daughters, but I played this one because the message is so universally powerful. Well done Always. Go sanitary products.

Whoever the genius was who had the idea of messing with YouTube's 'skip this ad' button deserves a Cyber at the very least. And film. Crafted to perfection.

KLM has a great track record of interesting social campaigns. Lost and Found is a charming example. If a traveller posts a message to social media mentioning an item they've left onboard a KLM flight, then a specially trained dog uses its power of smell to find the passenger and return their lost item before they exit the airport. I smell victory.

I'm a dad with a girl just this age, so maybe that's why this one hits me hard in the guts, and winds me a bit in shame. I look at my own daughter and see why the "like a girl" sentiment is so demeaning. As a man, I'm humbled that it took a feminine hygiene product to teach me that. And it makes me want to encourage my daughter to be all that she can be. Initially I was a little wary of another 'social experiment'. But this is far bigger than that, it's a platform for behaviour change. And it's changed me. Because I can't hear the phrase in the same way again.

Nobody likes watching prerolls. Geico have also noticed this. But what I really like about this idea for The Voice is how perfect it is for the medium. The Skip Ad Festival plays to that feeling of being like Nero waiting to give the thumbs down in the Colosseum, or like a judge on a talent show.

It gives any YouTube viewer the power to propel an artist to stardom or wipe them off the stage. It takes them from passive watchers to megalomaniacal participants.

And all they've done is simply subvert an advertising platform, turning an annoyance into an addictive experience.

How could the government tell stoned teens that driving under the influence of marijuana is dangerous?

Drugs are illicit – so what channel do you use? One that feels illicit because it destroys the evidence, one that our parents frown upon for its innappropriate content and general misuse. Snapchat. 10,000 stoners stayed all the way to the rug pull, 'Don't drive stoned'.Genius targeting. Pitch perfect execution.High five.

The Other Side – Wieden+Kennedy London

Unless you suffer from insomnia, when was the last time that you watched a three-minute product demo? I did it with Honda – The Other Side. And I watched it over and over again. Beautifully shot and edited. With outstanding sound design. So many great details. And state of the art technology. Brilliant interaction between being the good daddy we all are, and the bad boy we'd like to be. Hail to the makers. Hail Honda.

Most brands just use their 30-second TV commercial as a preroll on YouTube. And that is why viewer rates are generally very poor: people skip the ad. The first 5 seconds are crucial. Geico did something so clever that I didn't even skip after one minute.

A lot of people say, "Cannes this year will focus on innovations in technology and content marketing advertising campaigns..." etc. Personally I believe the basics of advertising will stand out more and more as technology gets more advanced and more instant. This year is rich with impactful and effective ideas yet they are simple at heart and low on budget.The variety and diversity is inspiring. These are great times. It's very hard to choose just three contenders, avoiding the obvious winners but here goes:

This is an idea I wish that I have done. Who would think that! Fresh, simple, effective and spot on. Big winner.

Best answer for all those who can't see the simple ideas when they are just on paper. Simple innovation. Huge impact and shift. Problem, Solution. Done. Bingo!

It is not just simple and impactful from Smart cars but got all the people to participate in the solution provided. Engaging and fun. Very fresh. Spectacular.

I've no idea how they got it to people. Nor how much blogger mileage or breathless news coverage it has. And maybe that's a good thing. The idea shines through - quite literally - and makes you appreciate yet again the priorities of the brand.

This amazing Foot Locker campaign actually helped trigger the fight to happen. The second of the spots is also a surprisingly droll payoff to the first one. (Interest declared: this is from our NY office but I believe it will win on its own merits.)

Snickers has been using big name celebrities in its brilliant campaign "You're not you when you're hungry" but this time around they went with YouTube stars. 13 popular video bloggers around the world uploaded videos to their YouTube channels doing the exact opposite of what they normally did. They were lifeless, listless, bored. Because, of course, "You're not you when you're hungry."

Sorry to choose a second idea from the same stable but Snickers just doesn't seem to ever get it wrong. This piece is made so perfect it's unbelievable. Great writing, great idea, great execution.

This work for GE proves that advertising can and should be as entertaining as any example of content out there.

So, there we have it. 11 top creative directors (about half a Cannes jury) who have chosen 24 different pieces of work.

A tiny fraction of the total number of 1000+ Lions that will be handed out but enough to whet the appetite for what promises to be yet another glorious week of new discoveries as well as racing certainties.