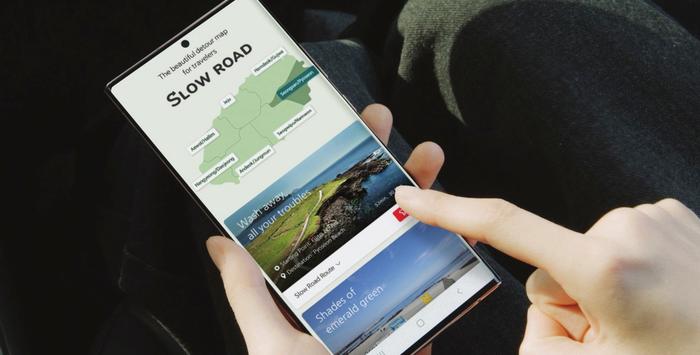 Jeju Island was known to many as one of the most picturesque places in South Korea with designated UNESCO World Heritage sites. With Covid-19, Jeju Island had become an even more popular road trip destination for South Koreans since travelling abroad had become extremely difficult.

Some 87% of those who travelled in Jeju got around the island by car with growing numbers of safety-conscious tourists preferring socially distanced travel in their own vehicles.

‘Slow Road’ was a new navigation service which, instead of offering the fastest route to a destination, offered the most beautiful route instead. Using big data, 65,000 different points of interest across the island were cross-referenced with data from social media and online searches via demographics, weather, time, and more to recommend a total of 50 personalised routes. These directed travellers from their precise location at the start of their journey to their chosen destination via lesser-known scenic spots. Each journey offered between five and eleven different routes.

When visitors first arrived on Jeju island, if they activated T Map, the most widely used navigation app in South Korea, they were led straight to Slow Road. There all they needed to do was choose a route.

The journey from Jeju International Airport to the dormant volcano Seongsan usually took an hour. With ‘Slow Road’ it took an extra forty minutes, showing visitors hidden beauty spots along the way.

As yet unknown except that there has been a noticeable reduction in traffic congestion on main routes.

I think my part-time role at Ad-Lib has made me go more digital than I realised. I love this campaign and am disappointed that the Cannes Lions juries who looked at it didn’t love it as much. It’s a wonderful use of data to deliver a personalised experience to any visitor to Jeju Province.

Wherever you are and wherever you want to get to, the in-map delivers a range of options to you. My old boss Lars Bastholm used to say the first rule of digital is you have to be useful, usable and, cherry on the cake, delightful and this idea is all of the above. I would love Google Maps to give us their own spin on it. Wouldn’t you?