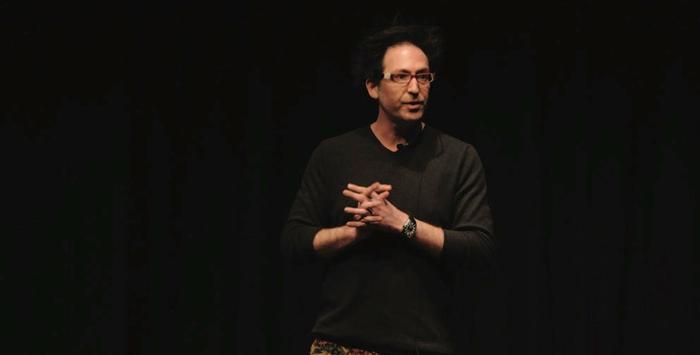 Creativity is alive and well in Brixton

The trade press has been full of stories about the death of creativity.

Tech is taking over.

AI will replace us all.

We are all doomed.

Maybe someone should tell the students at London's School of Communication Arts.

Located in an old church, the SCA is one of the best ad schools in the world.

That phrase 'one of' will annoy the colourful and charismatic Dean, Marc Lewis.

He insists the SCA is the best.

The 40 students who are there for the academic year of 2019 to 2020 seem unaware that they have no future.

The very opposite, in fact.

They are buzzing with excitement.

They think they have marvellous, glorious lives in front of them.

And, in all probability, they have.

That's not to deny that advertising has changed and will continue to change.

Technology is seeing to that.

But the world continues to have problems, which need solving urgently.

In university faculties, in labs, in research rooms, in garages and in spare rooms young minds are at work looking for a way forward.

As indeed they are in Brixton.

Looking for ways in which a benign capitalism can help economies grow and support greater numbers of people find comfort and security.

Not that many of them will recognise this definition of creativity in themselves.

So, how would they define creativity, then?

Here are some of their ideas.

The students were asked to write their personal manifestos and make them exactly 100 words long.

(Because, paradoxically, creativity needs rules otherwise it is little more than the expression of vanity. On the other hand, discipline without passion is accountancy.)

The idea was to get the students to understand their personal belief systems.

Once you know what you believe, then you have the beginnings of a plan for life.

It was also a little test. Of creativity.

There are always more reasons for NOT doing something than there are for doing it.

The students who chose to find the time to write their 100 words were people who declared themselves to have active minds. Thank you.

You are the ones on whom the future is relying.

For me creativity is like really good gift wrap. Gift wrap makes an item a present, and presents are pretty special. People are far more willing to accept something outside of their own preferences when gifted as presents. Sometimes the contents of a present will do the heavy lifting. It could be waterproof spray for the sneaker-head or a limited-edition penny for the collector. But for the less desirable, gift wrap done well (like creativity) indicates that this wrapped up thing is worth wanting. I want to become an expert gift wrapper for the presents we didn't know we needed.

For me creativity is a mix that all we said. It's the experience of original idea, is a solution, it brings value to something. The creativity is imagining. But it's especially thinking different, renewing ideas.

It's a fun way to express your ideas.

The creativity has no limit, is not measurable and is unique to everyone.

It can take any form that our mind is able to imagine. It's everywhere for those who can catch it.

It's innate but not easy to develop, to control and to bend to our envy.

It may be that it finally makes it unique.

Creativity is something inside that needs to be expressed.

Creativity is a gut feeling: an intuition.

Creativity is something you feel deeply.

Creativity is intangible. It's slippery and ephemeral.

Creativity is a preoccupation not an occupation.

Creativity is the one who sits and absorbs.

Creativity is the one who asks why?

Creativity can scare us. It can challenge everything that we know.

Creativity is pervasive feeling: it never leaves you.

Creativity is a monster that needs feeding.

Creativity is a feeling of displacement.

Creativity is being different from the rest.

Creativity is not respected by society. It's a weakness; it's fanciful and naive. It needs to be stamped out. It's not strong like maths, or science, or law. Creatives are frivolous uneducated softies who waste money, resources and time.

This is what the British government believes. They're massively wrong.

Our creative industries are booming, being worth almost £92 billion and growing every year. Which begs the question, why are schools teaching us to conform?

Creativity breaks the rules, it rebels and creates revolution, and that's terrifying.

It's giving words to common experiences for which no word already exists.

It's about knowing yourself to be able to get to know others.

It's making the invisible visible so you know how your beliefs create.

It's jolting your thought paths from their well-formed rivers.

It's serendipitous connections to solve problems.

It's making your own serendipity.

It's Real World Solutions that escape the drawing board graveyard.

It's 'whatever happened to Nokia?'.

It's making the abstract concrete.

It's knowing when you should walk away.

Creativity is finding that sweet spot. You know when you've hit it. It's satisfyingly simple... but unexpected. It's credible, concrete, it arouses an emotional response, it tells a story. That feeling of butterflies dancing in your stomach. It's a rush. A flood of adrenaline...the conception of something that triggers a reaction. The spark that ignites the fire. It's unavoidable. In action it's unstoppable, leaving a lasting impression and inspiring change. It's a dynamic force to be reckoned with and it cannot be ignored. Creativity makes a mark on the world. I will make my mark.

Define creativity in one hundred words. This is my problem. I have always preferred to show not tell. One. Two. Three. Four. Five. Six. Seven. Eight. Nine. Ten. Eleven. Twelve. Thirteen. Fourteen. Fifteen. Sixteen. Seventeen. Eighteen. Nineteen. Twenty. Twenty-one. Twenty-two. Twenty-three. Twenty-four. Twenty-five. Twenty-six. Twenty-seven. Twenty-eight. Twenty-nine. Thirty. Thirty-one. Thirty-two. Thirty-three. Thirty-four. Thirty-five. Thirty-six. Thirty-seven. Thirty-eight. Thirty-nine. Forty. Forty-one. Forty-two. Creativity is about solving problems in an original way that also has value. By the end of the next sentence, I'll have used one hundred words and solved my problem in an original way that also has value. Thank you.

Saying old stuff new ways. New stuff old ways. Putting things places they've never been before. Pooling resources. Losing hours head-butting against a brick-wall then stumbling on the answer in the shower. There's no such thing as an original thought. Just things that need saying and problems that need solving. It's having babies then winning grand-slams. Raising a family then getting a PhD. It's the history of the human race. Paradoxically it's also the small things. Chocolate in chilli. Five spice in your porridge. Printing parking tickets that say 'hi'. Making friends with strangers. Always asking why.

We solve problems. However, that on its own is not enough to constitute creativity. Calculators solve problems and so do crows. So creativity must be something more. The problems we solve aren't ones with just one answer. Our solution to that problem will be just that then, our solution. So, creativity is something personal, something that we do as ourselves. The more of ourselves we put into solving a problem the more creative we are. Bringing to bear the full weight of our experience, memory, sense of humour, gut feelings and learning on a problem is the act of creativity.

I believe creativity is an opportunity for anyone to express an emotion, thought or idea.

Whether it's positive or negative.

To disrupt or encourage.

To educate or destroy.

To settle or unsettle.

To engage and interact.

To upset and shock.

To innovate and appreciate.

To inspire and illustrate.

To help bring people together.

It's never right or wrong.

It's different to each person.

On a small scale or a big scale.

We can present these ideas through speech, visuals or literature but it doesn't have to always be shared with other people, they can be kept personal.

Creativity is a process that unlocks the possibilities and curiosity of an individual. It is the way in which our minds wander and with it, create value. From these thoughts, we forge what could exist only in fantasy and push the frontiers of what is capable. We must enact the thoughts of what we deem as valuable into a society that will gain copious social and economic rewards from the innovation. We do this by taking pre-existing knowledge and experience, then moulding, welding and sticking it back together. Leaving the general public saying - why didn't I think of that?

Sign language. Imaginary friends. Giant spiders that aren't there when you come back with a glass and piece of paper. Evolution. Knots. Yoghurt on top of Vindaloo curry. Running into brick walls. Learning to speak Idiot. The Big Bangs. Wounds. Fucking off a lot of people.

A creative person is someone who challenges the status quo, expresses original thoughts, adds value to companies and people, who doesn't follow the crowd, finishes the job, fights for an idea, finds problems and solves problems that nobody else could figure out, communicates wisely, trusts their instinct, builds brands, destroys others, makes people laugh, cry or both at the same time, influences culture, makes our culture, invents the wheel, builds a sharp tool, turns on the lights, flies to the moon, solves climate change, eliminates malaria, rebuilds our genes, grows a second brain, redefines what it means to be human.

Creativity waltzes us into bloody trenches where fear and doubt menace to crush us pitilessly. Orthodoxy and group-think are savvy saboteurs striving to thwart our advance.

Despite it all, we march on. We peer where no one has dared to look before. We find gems where others saw only dirt. We bind elements together into unholy matrimony. Until finally, we can escape this theatre with a novel idea, an ore of value, in the crest of our hands.

Triumph is but a chimera. The next battle is unavoidable.

Creativity is an eternal waltz, a sadistic delight we revel in ecstatically.

Creativity is coming up with solutions that are applicable to the reality we are living in. Creativity is not being afraid to take risks and stand out in order to be as relevant as possible. Avoid being eliminated, this is the process of natural selection. Be the best out of the best.

Creativity is more than a literal thing to do. It is a way of being. That is what I've learned at SCA. Therefore it is what I think to be true. If you are seeking for creativity like a personal goal you will not succeed.

So do it, just fill in the blank of a page. Start again and learn how to fall.

Bad ideas are creativity; a good idea comes from them.

Creativity, in my stipulative definition, means finding a simple answer to a complex problem, often by dumbing the dilemma down. It is the act of isolating the overlapping space between the things you want, and the ones you already have. It is sitting in that space until the boundaries blur. It is hating the concept of spork for its ineptitude as both a fork and a spoon but wanting to shake its deranged creator by the hand. Creativity is to play god and win...or at the very least not be accused of blasphemy.