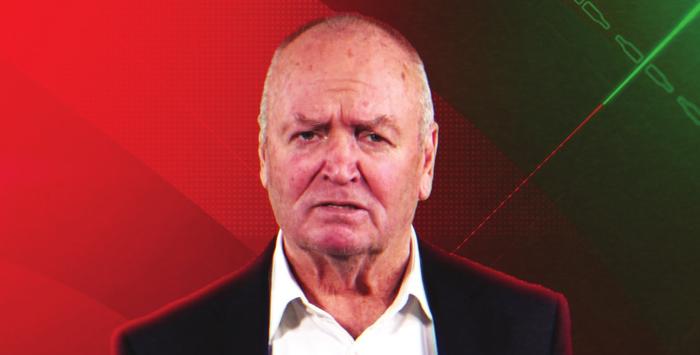 Steinlager had proudly sponsored the world-famous All Blacks for nearly 30 years. Though the All Blacks popularity had grown massively, Steinlager’s audience remained mostly with its aging loyalists. The brand needed to find a new way to use its All Blacks sponsorship to appeal to a new, wider audience in 2021.

Fans don’t want to buy from their heroes so much as they want to be their heroes and in New Zealand that meant pulling on the famous black jersey.

The idea, then, was to give people that chance. Steinlager benched the All Blacks and teamed up with the developers of popular video game Rugby Challenge to create their own team of sporting heroes, the Steinlager Alt Blacks. For the first time ever, fans had the chance to become their national rugby heroes and pull on a black jersey, regardless of age, weight, gender, or total lack of athletic ability. After thousands put their hands up for selection, 23 were chosen (with the help of All Blacks coaching legend, Sir Graham Henry) and recreated, complete with their own special black jersey, as full-detail digital avatars in the game. The new team quickly became local icons, appearing in the news, on billboards, and across social feeds all over the country. Then they played a live Esports match with New Zealand’s fiercest rugby rival, South Africa.

New Zealand has more breweries per capita than either the UK or the USA. So this is a very competitive market with craft beers making inroads on the two big breweries, Lion and DB.

It’s not enough to have a dominant share of voice any longer, for a brand to succeed it needs to be seen to be cool. And this idea is very cool indeed. It’s gamifying the national game. And it’s effortlessly inclusive. I love the old fat Alt Black because that man is me. And I love the fact that a rugby referee got into the team, now a player rather than just running around with a whistle. Also selected were a mammographer, a chef, several teachers and a hunter gatherer, men, women and indigenous people all together.

Interested to see how Steinlager build on their new franchise in eSports.