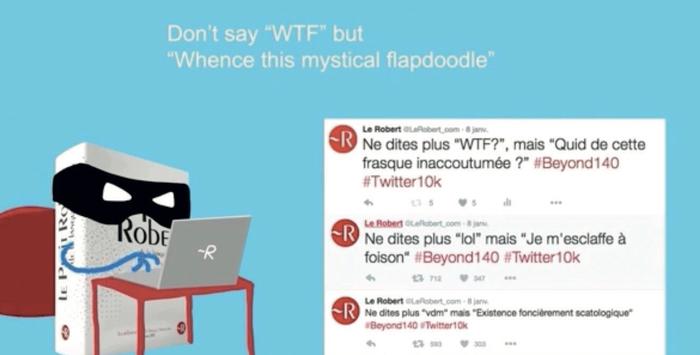 Cristal Festival may position itself as an international awards show but it has a very French flavour to it. Held in Courchevel in the French Alps, Cristal takes place in mid-December more or less as the ski season starts.

The idea is you go to a couple of workshops and talks, then trade your sneakers for ski-boots to get out into the mountains for a couple of black runs. On the piste in the afternoon and in the evening on the...exactly.

It's advertising taken seriously. But not too seriously. A festival with a smile, it is run by Christian Cappé, a Frenchman with film-star looks and relaxed charm. And, like many of his countrymen, with a bent for philosophy.

The theme this year was for "a reinvention of the relationship consumers have with brands – to be a modern-day Erasmus or Montaigne. Rethink the era so that data can serve citizens and lead to progress. It is time to be digitally humanistic and avoid the pitfalls of technological determinism." Splendid.

While the winners do come from around the globe, there is a faintly French bias to the awards. Not because the juries are bent but because French agencies see Cristal Festival as 'their' show and tend to enter a lot of work.

On the following pages, Directory is proud to be able to share some of the Golds that were won this year by French agencies.

There is innovation (with the Ubisoft Nosulus Rift), media innovation (turning a video on demand service into a platform from which to sell holidays), newsjacking (Dictionnaires le Robert making hay with Twitter's announcement it was considering tweets up to 10,000 characters in length), and plenty of charity.

Also, a national monument given over to a brand for a period (HomeAway). Somebody in the agency must have known someone in the French government to have pulled that one off, building a holiday apartment in the Eiffel Tower. Amazing.

From the people who gave us liberty, equality and fraternity comes sparkling creativity.

PR: Best Use of Social media

PR: Best Use of Influencers

Digital: Best Use of Video

Promo & Direct: Best Use of Ambient

PR: Best Use of Innovation