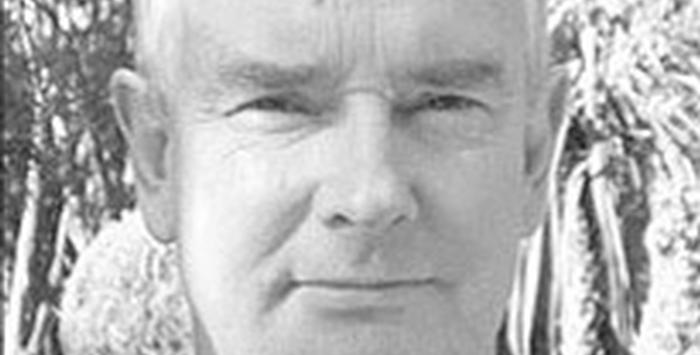 Blessed are the creeks.

For they shall inherit what we currently call advertising.

I’d better come clean. I didn’t invent the word ‘creek’. David Harris did. Top creative bunny. We were talking about how advertising has changed. And oh my, has it changed!

In olden times, when I was a copywriter, the tools of my trade were a well-chewed biro and a layout pad.

I would use my imagination and dream up an idea, which we would then sketch out. We’d go to see the client.

We’d ask her to use her imagination and see what we could see.

Often she couldn’t. Then along came digital and changed everything. What it brought with it was a new kind of creative person.

The creative geek. The creek. As Bill Gates has said. Don’t mock geeks. Sooner rather than later you will work for one.

Creeks are different to writers and art directors. They don’t express their ideas in words and pictures and then project them in Powerpoint onto a screen.

The tools of their trade are sticky-back tape and Lego bricks. And bits and pieces of circuitry.

When they share their ideas, they don’t do presentations. Because they are makers they do demonstrations.

Nothing illustrates this better than Achtung’s “Brush Button” for Philips, featured in Issue 39.

The brief came into the agency.

We need to persuade people to brush their teeth for a full two minutes if they are to get the best out of our electric toothbrushes and if they are to have healthy teeth and gums.

In the days of old, I might have written a script about the perils of inadequate brushing.

What my friend Jort did with his friends at Achtung! was to make a prototype. The client was invited in and the presentation took place not in the boardroom but in the agency bathroom.

The client was asked to push the button on a little cardboard box and then start brushing. The device was connected to the client's mobile phone.

What happened was it now told him what other meetings he had in his diary. It told him what the traffic was like on the road home. Told him it was going to rain later.

It gave him the latest sports news. Then it started playing his favourite music track. Until two minutes was up. And he had perfectly brushed teeth. Now Philips have turned the little cardboard box into a much smarter prototype.

Maybe later this year the 'Brush Button' will start appearing in bathrooms all over Holland.

What it will be communicating is that Philips is an innovation company. And that brands today need to be seen to be doing.

Saying what you stand for simply isn't enough.

Brands communicate through what they do. And creeks get this.

So, when Pokemon Go was all the rage, McDonald's in Japan turned 3,000 of their restaurants in Pokemon gyms.

Traffic soared. Sales were up. Not an ad in sight.Take a look at 'Reword' on page 102 from Leo Burnett Melbourne for the NGO Headpsace. The brief was, change behaviours. Stop kids being cyber bullies to each other. There have been plenty of trad ad campaigns that have tried to make a difference.

I can't believe any of them made the blindest bit of difference. But this idea may very well get kids to pause and think again before writing 'wanker' in Snapchat plus turd emoji.

It's using AI. AI ain't robots taking over the planet. At least, not yet. It's technology learning what you do and don't like and delivering messages that are both relevant and timely.

Have a look at MRM Meteorite's work for Tommee Tippee on page 62.

Right message, right person, right place. And if it happens to be 3.15am and you're a young mum with a baby in your arms, Tommee Tippee know exactly how you will be feeling.

So they show you a video about a young mum feeding her baby at 3.15am.

That's creeky thinking for you. So is programmatic creativity. Want to know what that looks like?

Have a look at page 40 and Clemenger BBDO New Zealand's'Thoughts' work for the New Zealand Transport Agency and you'll see a great example of how tech can help create a campaign teens actively sought out online.

Here's another thing about creeks.

They like making things. But in most agencies, people spend much of their time making meetings.

We're on course for more in 2015. I'm not saying they are all adland breakaways.

What I am saying is that clients have become sufficiently interested in createch for it to be siphoning away agency income.

But to paraphrase the old Chinese proverb, when the winds of change blow you can either take shelter or, if you're creekily minded, you can build a windmill.