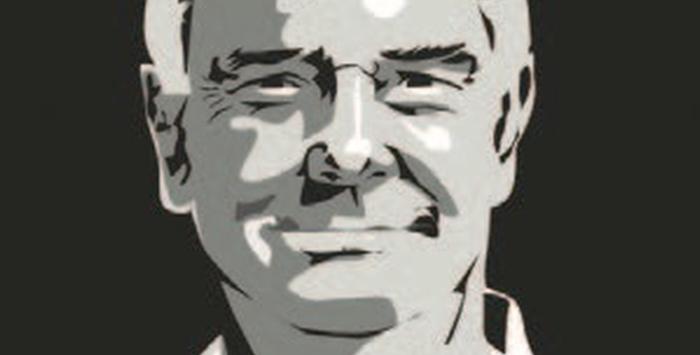 Rory Sutherland has drawn attention to the difference between efficiency and effectiveness.

Efficiency is predictive. It's marginal gains.

Effectiveness has a longer tail. It's more about building a brand.

I was fulminating on this recently, railing against the madness of ROI as a concept.

Instead of it being the reconciliation of accounts after a campaign has run, ROI is now what people try to predict before the work has run.

Software mulches all the data. Based on what the marketer did the year before, factoring in how the competition is spending its money, the programme spits out a number.

On the surface of it, 7% ROI looks good. You can go into the board room with head held high and tell them how your marketing plans will bear fruit.

Not enough to prepare you for seismic shock as a new competitor with a new product turns up.

Not enough to insulate you against political upheaval.

Not enough to build in a margin of comfort.

As a creative director, I stand for effectiveness.

I can't predict the numbers but as a result of research and based on a lifetime's experience, I can anticipate double-digit success.

What I'd never thought of was that there are some clients who don't want that.

One marketer of my acquaintance told me this story.

He had had a brilliant idea.

He scoped it out.

Took it to his boss, who calmly took the analysis report and dropped it in the waste-paper basket.

"I don't understand," complained my friend. "This could really push sales."

"Yes," agreed the man on the other side of the desk. "But then what will we do next year?"

Effectiveness is what happens when you have an effect.

All those years ago, David Ogilvy remarked that advertising without an idea is like a ship that passes in the night, unnoticed, unremarked.

In this issue we have a broad selection of work from a piece of Direct Mail through to three examples of innovation through technology.

Some great ideas in digital and integrated inbetween.

And what I think is the first programmatic press ad.

Campaigns with a point.

Equally pointed are the Impero Reports on pages 15 to 21.

This is a creative agency that has spent good money to look at the state of the advertising business.

There have been doom and gloom reports in the last few months. According to IPSOS Mori, advertising executives are now regarded as more untrustworthy than politicians.

According to The Advertising Association, people feel bombarded by advertising.

Impero have some alarming stats too.

But some heartening news too.

Mostly that creativity is what attracts talent to the business. Is what clients want and need. Is what the general public appreciate.

And that's what you will find over the following pages.