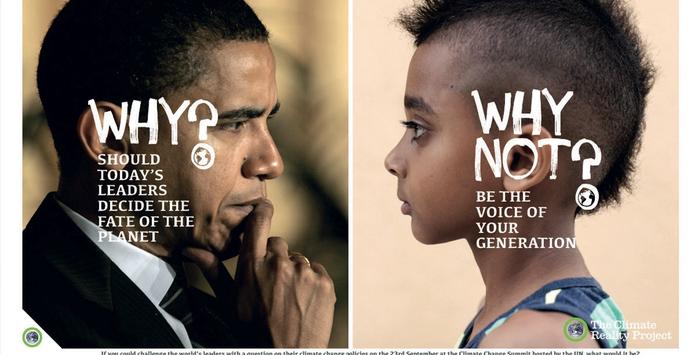 On the 23rd of September 2014, the world's leaders gathered in New York, to attend the United Nations Climate Summit. On the agenda was the urgent action needed to preserve the planet and the future of mankind. A campaign was created that made it unlike any other previous global summit. For the first time a voice was given to the group that had most to win or lose from the decisions that were to be made – children.