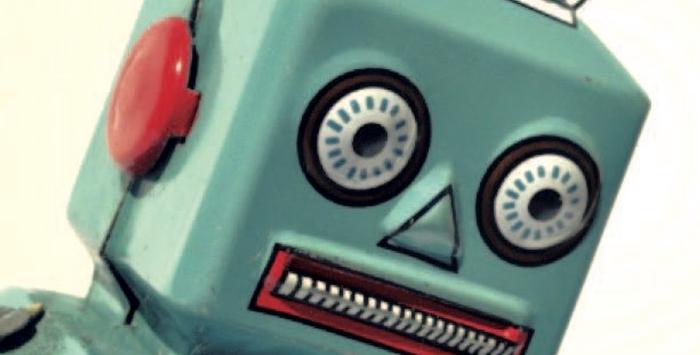 I've been a creative director for 30 years. And by golly I've seen some changes to the job.

As a young copywriter at BMP, I worked for the great John Webster. He was a ruthless judge of creative ideas. I once showed him a script for Black Tower white wine. "This would win you a D&AD pencil," he said. I began to preen. "If we were advertising Tizer. But we're not. Now go and write something appropriate to the category." Thwock. Retreat of deflated copywriter. It's how I learned my craft.

You have to spend that many hours practising your craft before you get good at it.

By the time I got to work for him, John must have spent at least 30,000 hours writing and thinking about ads.

He was very, very good at it.

Once he had approved an ad, it would never have occurred to a client to turn it down.

After all, that's what they were paying the agency for.

The taste and judgement of the creative director as much as for the generation and placement of advertising material.

That all changed in the nineties when brand managers began to feel they had the right to flatly reject ideas even before they went into research.

It was my judgement versus that of the client.

Only one of us had a budget to spend.

We used to say, bitterly, that clients got the work they deserved.

Marketers, however, would say they were protecting themselves from creative directors more interested in awards than in results.

They didn't like being used to provide window dressing for the agency.

Creative presentations could sometimes be free-for-alls, both sides trading opinions until the most senior client made a decision.

Now, the thing about most creative directors is they are passionate people.

They care deeply about the work they are responsible for.

Passion, though, is unreasonable.

It is quite literally un-thinking. Raw emotion rather than rational expression.

No doubt I believed that having put in my 10,000 hours I was entitled to fight for the ideas I judged to be good.

One or two clients may have been persuaded but many were not.

I argued so passionately for one campaign for The Observer newspaper, the editor banned me from ever entering their offices again.

Clients want facts. Empirical evidence that an idea is good.

It's why they spend so much money on research.

Today, I can give clients the sort of numbers they crave.

10,000 hours? Is that all? Pah, now I'm a robot I'm going to be hoovering up more ads than you could look at in a normal lifetime.

I joined Ad-Lib as a non-exec creative director in early 2019.

Ad-Lib isn't an agency, it's a software business started up by Oli Marlow Thomas.

Our paths had crossed at Google, where he was a creative lead at Doubleclick and I was the creative director of Google's creative thinktank (in Northern Europe), The Zoo.

Clients were spending a fortune on their digital creative work.

And time, as they say, is dosh.

Oli and his tech director Ed built a platform in which artificial intelligence has taken over the relatively menial business of slicing and dicing ads.

At the ping of a key on a laptop, clients can automatically reshape and resize their ads to fit every shape and every size and every length on every platform.

But then Oli began to think that Ad-Lib should be doing more.

But what about effectiveness?

Could the platform help make the ads themselves better?

Yes, as it happens.

It now incorporates a whizzy Google algorithm that reports a memorability score for every image in every ad.

But what more could it do?

This was the point at which Oli thought a bit of human intelligence could help artificial intelligence adapt and improve.

And I turned up.

In joining Ad-Lib I have added at least ten years to the average age of the team but they treat me kindly.

One of my first tasks was to work with the techies to create Collybot.

Collybot is an AI-powered creative director which can, and does, give a dispassionate appraisal of digital ads.

At the moment ads are scored against five levels of creativity.

One is what I would have called 'crap' but which the bot measures as ads that will be among the 25% of bottom performers.

Two is a little below average, ads which typically fall in the 25% to 50% range of performance.

Five is either 100% or 0% because the bot has never seen its like before and the ad is either genius or total rubbish.

It means brand managers don't get brow-beaten into making changes to their campaigns.

But they do get nudged.

And when they do make changes, something interesting happens.

They become actively involved in the creative process and start applying creative judgement themselves.

They see that their ads could be more creative.

Rubbish in is rubbish out.

Not even the smartest tech can do anything about that.

The trick is to make sure that you start with good creative.

That's when a bit of human creativity is called for.

Something interesting and engaging.

And that's when a creative director can be useful. A real one, who can work with AI to test and learn. And repeat.

This is how we may save advertising from itself.

It is said that around 800 million people have installed ad blockers to their various devices.

They hate advertising because too much of it is both irrelevant and moronic.

Collybot is doing something about that.

In many ways it's the perfect fusion of left-brain and right-brain thinking.