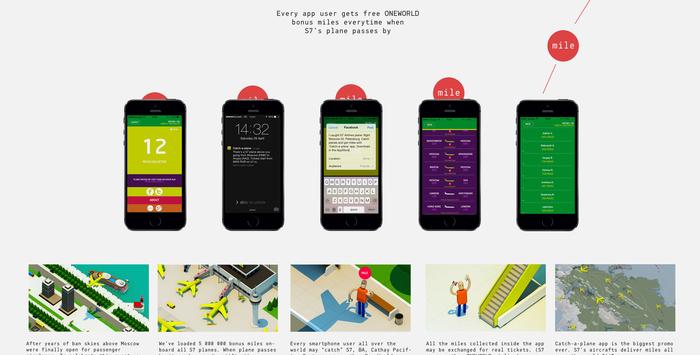 The task was to increase the number of frequent flyers in the program and inform them about S7 Airlines and Oneworld alliance destinations. The branded iPhone application — Catch-a-plane — was launched and the biggest promotion ever was run. Every smartphone user all over the world was able to catch free miles when S7, BA, Cathay Pacific, Quatar or any other One World plane passed by. The only thing you needed to do was to keep the app in a background mode, like email or alarm clock apps.