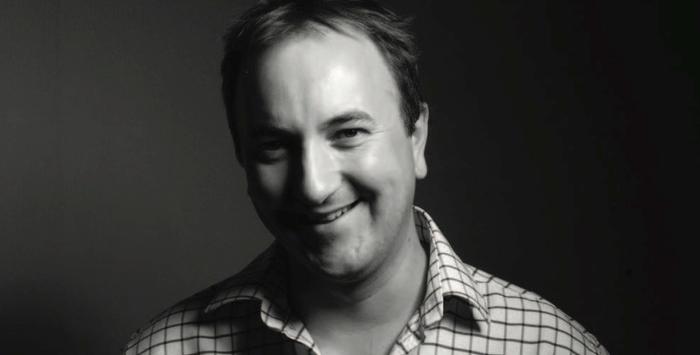 Let me tell you a story

Stories are the most powerful tool known to mankind.

In 2009, a New York Times Journalist, Rob Walker, set out to demonstrate just how much potential they have.

He began by collecting two hundred items of low value (the average cost of each item was $1.25), taking care to ensure that there was nothing special about any of them.

A plastic banana here. An old wooden mallet there. Even a plastic motel room key. You get the idea: they had no intrinsic value, whatsoever.

Next, Walker contacted two hundred authors and invited them to become part of his 'Significant Object study'. He asked them if they would each write a story about one of the objects and then auctioned all the items on eBay with the stories included in the descriptions.

One of the items was a small, plastic horse's head which Rob had paid just $0.99 for. What did it sell for now that it had a great story attached to it? $62.95.

Stories had transformed these seemingly worthless objects into things of value.

It's little wonder then that when you ask anyone in advertising or marketing what the most important skill to master is, storytelling tends to come up top.

It makes sense, we're a creative industry with the end-goal of selling things. Even though most of us don't academically know why stories work so well at getting people to do things, most of us instinctively understand that they do.

The problem is that not many people in the industry actually learn about storytelling.

An online course about storytelling from the world's experts

Together with Cannes Lions, 42courses.com have created a short and enjoyable online storytelling course featuring some of ad land's smartest storytellers, it will equip you with the tools and techniques you need to become a storytelling genius.

Below are some of the highlights covered in the course.

Human beings are hard-wired for stories

Stories have been around as long as Homo Sapiens have walked the earth.

In fact, before we learned to write, it was the only way we shared information from one generation to the next.

No other animals on earth (as far as we're aware) are capable of telling them. Put simply: stories, and our ability to tell them and believe them, have made us the dominant species.

One of the most interesting studies we found was that great storytellers are more desirable partners (for both relationships and work) and they have on average 0.5 more children!

Stories don't just increase your desirability and the value of things, American psychologist Jerome Bruner found that stories are 22 times more memorable than facts alone (remember that when you next make a car print ad).

Build a strong foundation for your brand story

One bit of handy advice came from Keith Reinhard, Chairman Emeritus of DDB. Keith explained that before starting your story it's important to define the brand's purpose and belief.

To create a strong foundation to work from, you need to be clear about your brand's 3 P's:

As the legendary advertiser Bill Bernbach once said, "The most powerful element in advertising is the truth."

Creative Director Chris Baylis suggests that one way to check your work is grounded in truth is to check it conforms to at least one of these truths:

The first rule of storytelling is 'Make me care'

Rory Sutherland, vice-Chairman of Ogilvy believes that a story with a strong emotional response will be recalled with far greater intensity than one that doesn't.

To be remembered, you need to appeal to one of the six universal emotions; happiness, sadness, fear, anger, surprise, and disgust.

The lesson here is simple, don't make your story boring!

Use a 3-Act structure

We all have an innate desire for structure, we like frameworks that help us to make sense of things. Cannes Lions winning storyteller Gabriela Lungu shared that if you think of your favourite story, it's likely to be divided into a beginning, a middle and an end. The 3-Act structure can help you make sense of your story:

Act 1 is the beginning and 'sets up' the story. It introduces us to a character or 'hero' with a particular set of circumstances (in marketing the character is often the brand).

Act 2 forms the middle and creates the 'conflict'. The character undergoes some kind of struggle.

Act 3 forms the end or 'resolution'. We see our 'hero' ultimately achieving their goal.

Use the peak-end rule

Debbi Vandeven, global chief creative officer at VMLY&R shared how we can use findings from the world of behavioural science to help make our stories better.

The peak-end rule put simply says that we remember the peaks and the end of experiences more than the bits in between. Ending your story simply and well will make the memory of it brilliant regardless of any errors you made. Beware, this also works the other way. End badly and you undo any good work you did before.

If you look through the work in this month's or any previous Directory, I bet you pretty much every piece in it will conform to either all or most of the points listed above. If not, feel free to get in touch and I will buy you a drink!

In short, it's clear that stories are the most powerful tools we have. They make us susceptible to buying or doing things we might not have done otherwise.

To learn about storytelling and earn a Cannes Lions certification for yourself or for your team go to www.42courses.com, if you use the voucher code DIRECTORY10 you'll also get a special price too.

"It's not the zeros and ones of the digital revolution, but rather the oohs and aahs of a good story that offer the best chance of compelling listeners to act on behalf of a worthy goal."
Peter, Gruber, CEO of Mandalay Entertainment Group