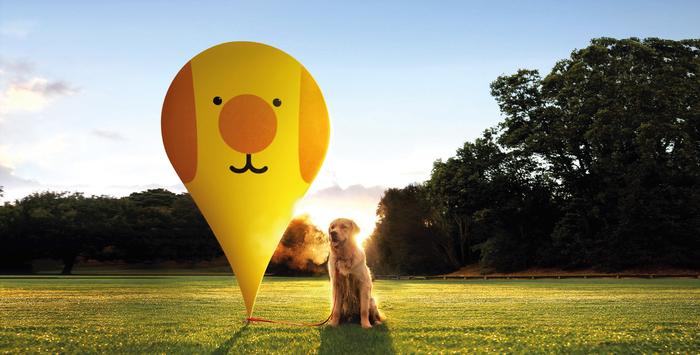 The fear of losing their dog was universal to all dog owners. PEDIGREE® got together with Google to make it easier for lost dogs to be found.

If a dog went missing, every second counted. So an app was created that allowed dog owners to pre-register their dog. If the animal went missing, then the owner could use the app to send out a real-time, geo-targeted message to everyone in the vicinity.

The owner just hit 'LOST" on the app and instantly a 'lost dog' advertisement featuring their dog was created and instantly served across the Google Display network within a 2.5km radius of the owner.

A push notification was also sent to other owners using the app in the area.

Information about the dog was shared in a nano-second with people who were online in the immediate area and thus the most likely to be able to help.

The project has only just launched but has already garnered huge levels of media coverage, both in New Zealand and around the world.

There’s a campaign for Skype from Pereira O’Dell I like, showing a pet detective in Moscow hired to track down a missing terrier. The dog has hidden in a pipe and won’t come out. His mistress, on Skype, calls to him and out he pops. A happy ending, a lost dog found.

But this is altogether neater because it puts the solution in the dog owner’s hands. It also happens to use one of the oldest forms of digital advertising, digital display banners. But with purpose. As the agency press release says, they have created a world first – a ‘lost dog’ poster that can move faster than the lost dogs themselves. Because this app is genuinely useful, it communicates more compellingly than any ad ever could that PEDIGREE® understand both dogs and their owners. Personally, I wouldn’t feed my three dogs anything less.