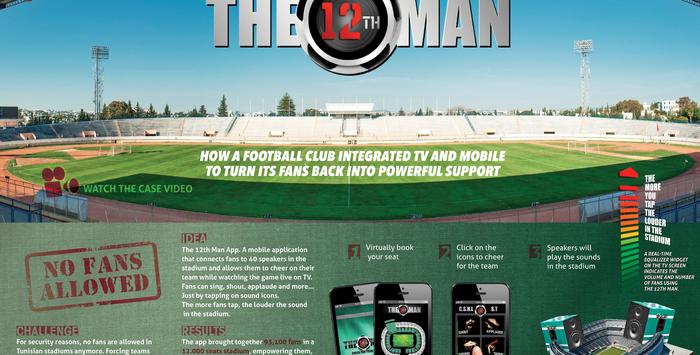 2 years after the Arab Spring, tension amongst the Tunisians remained. For security reasons, the Government decided that all professional Football League games had to be played without any audience in stadiums. Forcing teams and their fans into a frustrating long distance relationship.

At the end of a football season with average results, Historical Tunis team C.S Hammam-Lif faced a critical situation. Ties with their fans had eroded. And the most important game of the year approached: the deciding moment whether C.S Hammam-Lif stayed in the league or not. The team really needed its fans back.