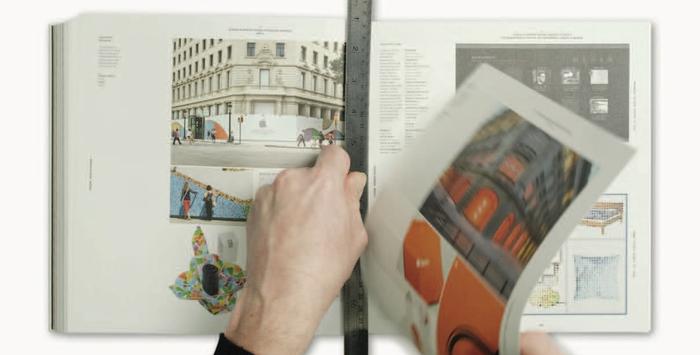 D&AD is a not for profit organisation that exists to promote excellence in design and advertising. So how does it survive? Masterclasses. These are taught by the creative stars of today to make the stars of tomorrow. The budget to promote D&AD Masterclasses is tiny.

As a charity, D&AD couldn’t afford any new assets, so they used what they already had.

Every year, the D&AD Awards are captured in a book of the show. It has long been revered as the bible of the world’s best and most beautiful work. Industry leaders were targeted, their award-winning work was found in the annual, and then it was torn out. The page, ripped from the annual, was sent to them with a personalised message: The media budget was then allocated to D&AD’s competitors, other awards shows.

These, with Directory, are a media channel in their own right if you want to reach the creative leaders of the world’s biggest networks. The people who hold the training budget. The exact target audience.

It’s early days, but the campaign has already achieved a 9.1% response rate and a projected ROI of 12.7 to 1. Of course, the results could be even better. So go on, search D&AD Masterclasses.

I’m told the creative team hated ripping apart D&AD annuals for the mailings. It really was sacrilege. But their target audience would understand the symbolic significance. If creativity is so important, shouldn’t they be spending a bit of money encouraging it in their teams? Of course, what makes the idea work is personalising the mailing, sending the creative director her or his own work.

The media strategy is pretty nifty too. In winning Gold at The Caples Awards it has already reached a wide array of creative directors at no cost.

Incidentally, since I teach one of the Masterclasses myself, please do visit https://www.dandad.org/en/d-ad-branding-ideascreative-training-course/