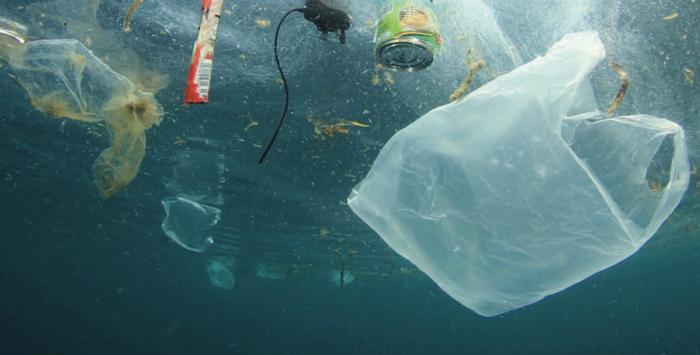 Who the fuck am I?

I used to mythologise trivial things for a living. The profession we call 'advertising'. I was a cognitive polluter.

I've been in the industry for more than 30 years.

I worked in big cities, the hubs of spending. I've seen the evolution of the industry first-hand, been part of the shift from seconds and inches to signals and pixels (if you search hard, you may find me among the first members of E-consultancy).

I could be as world-weary and cynical as the next adwanker leering from the bar at Martinez.

I have been at the coalface and have calluses to show.

I worked with dozens of well-known brands, some smaller too; with multinationals and charities, leaders and challengers, run-of-the-mills and innovators.

I observed what keeps them, and their agencies, awake at night.

You've guessed it: it's not the fate of the world, unless it can be monetised. And I have a problem with that.

This is not an academic whining, nor a journalist looking for global exposure. This is not a PR stunt, a guerilla Content campaign to get me a job or consultancy work.

I'm not a Marxist or a religious zealot; not even a moral prude. I am not associated with any NGO, although I support many.

This is not a piss-take, or an exercise in 'alt-left' irony.

Finally, I am not, and I have many credible witnesses, insane.

I have friends from ex-communist countries and I know it doesn't work, better than you, frankly.

The problem is that neoliberalism doesn't either. And the ad industry is its partner in crime.

What's my beef with the industry I'd spent so many years in?

In a nutshell, the following:

I believe the ad industry has mutated into a cancer on the brain and body of the planet.

It's a moral parasite feeding on the neoliberal predator.

We, the ad men, have become a caste: the Mythocrats, the bureaucrats of consumer mythology.

We are rewarded for being skilful in mythologising the trivial and the trite, the wasteful and the polluting.

We imbue the unnecessary with an emotional aura that makes it more desirable, to be bought in a mistaken belief it will make us a bit less miserable.

We engineer contexts and perceptions.

In the process, we create a ubiquitous cognitive pollution and contribute to wasting common human resources.

We are killing humanity and the planet we live on in the mindless, impossible, pursuit of an eternal economic growth via consumption.

We, literally, take the world to hell in a shopping cart.

We are the DOGS OF MORE.

We are helping irresponsible, morally oblivious businesses, survive or thrive on a common misery. We are complicit in polluting oceans, depleting bio-systems, stimulating dopamine addiction and increasing anxieties,.

The ad industry has become a bubble, wrapped up in a party balloon, stuffed into a condom.

For bags of money and a delusional sense of somehow still being above that corporate shit.

For pursuing the chimera of ethically agnostic creativity, as if that word in itself, just by being invoked in trade rags and pitches, absolves us of the consequences of our actions.

We have become ethical zombies, oblivious to what we are actually doing with our talents and to people around us.

The world needs great storytellers more than ever, just not for launching a new extension of crisps or a soft drink, new bottled water or disposable clothing.

We need storytellers to fight climate catastrophe, plastic seas, deforestation, populism, inequality, the impending Mad Max world and many other global challenges snarling in our face.

Even worse, in our children's faces.

If we do not wake up, our own children will wipe their asses with our award diplomas, will piss into our trophies, cursing us all the way through.

This time, the fight has to be for real.

Real change, that starts inside the industry itself, person by person.

Go and work for the good guys.

Help people who are really trying to save the world.

Or, even better, do it yourself. You're cocky, aren't you? Now, put that to some really good use.

Run away from people who have weaponised humanities to build a formidable scientific eco-system purring in a super-rational way to stimulate even more irrationality and impulse behaviour by the masses.

I know that many of you feel the same, but don't have the luxury of freedom of saying it out loud. The time has come, though, to point at the emperor's naked hairy bollocks.

The industry doesn't need a moral aspirin or a plaster.

I respect both Bob Hoffman and Thomas Kolster. But, we now also need an ad contrarian who sits outside the paradigm. The one that completely shatters it.

I don't want to decorate the dungeon, I want to tear it down.

Someone once called Bob Hoffman the Galileo of advertising. Nice.

The ad industry now needs its Luther, too.