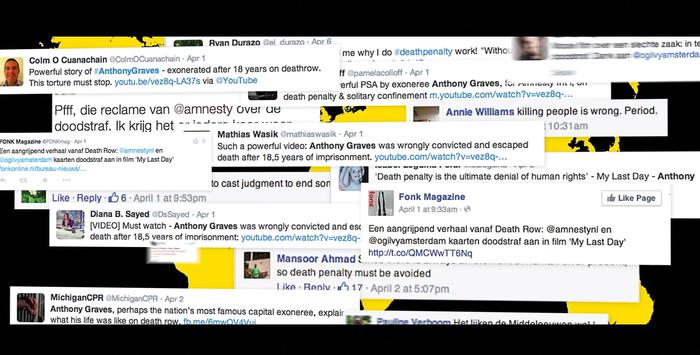 Amnesty International’s mission is to abolish the death penalty. Because the Death Penalty is the ultimate denial of human rights. This cruel and degrading mistreatment must become a topic of discussion amongst people around the world and ultimately put an end to it.

Amnesty’s Press release highlighted the Death Penalty’s current worldwide situation. But this matter of life and death doesn’t reach enough people. So to spread its message, the idea was to share the true story of Anthony Graves. He spent 18,5 years on Death Row after being wrongly convicted for mass murder.