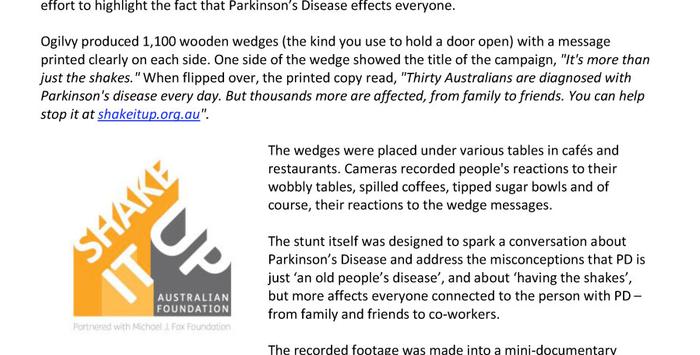 More than just the shakes

Shake It Up Australia Foundation

A mini-documentary aimed solely to increase awareness of Parkinson’s Disease was launched today by the Shake it Up Australia Foundation.

The documentary is a culmination of a thought provoking awareness campaign, which was created by Ogilvy Sydney and has been five months in the making.