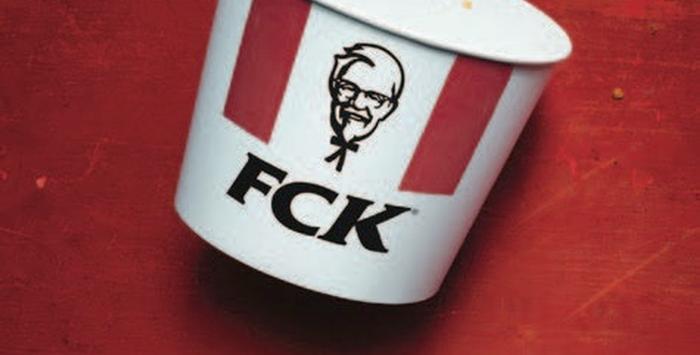 In association with Xerox

Recently, Australian Direct Marketing guru Malcolm Auld wrote a scathing blogpost about Coles Australia's decision to discontinue their print catalogue. (Coles is a retailer selling everything from clothing to alcohol with food and home essentials inbetween.)

The poor Coles executive who made the announcement may not have been prepared for the reaction.

There were loud cries of "nonsense" to his suggestion that the company had done this out of (a sudden but) heartfelt responsibility to the environment.

Kellie Northwood, CEO of The Real Media Collective, an organisation dedicated to paper-based marketing, wrote: "For every Coles customer spending 60-seconds browsing a digital catalogue, they will emit 12g of CO2 compared to looking at a printed catalogue for a day and only emitting 0.5g of CO2, according to Climate Care."

As Malcolm points out in his post, catalogues are one of the most popular media channels for retailers. And for very good reasons. They work.

Johnny Boden says he would love, love, love to stop printing his brochures. But if he did, his business would take a pasting.

70% of IKEA's annual marketing budget is spent on their catalogue. It is produced in 38 different editions, in 17 languages and in 28 countries.

Doesn't that tell you something?

They don't want to know at Argos. At the end of July 2020, the CEO of their parent company, Sainsbury's, announced they would be discontinuing the catalogue because "it helps us flex our range and offers and to be more competitive on price."

I suspect that neither the Coles spokesperson nor the Argos marketing director have heard of Wolfgang Riepl.

In 1913, while editor of the Nuremberg daily newspaper, he gave utterance to what became known as Riepl's Law. Namely, that new media doesn't replace old media, it sits alongside it.

It's slightly comforting to know that even then, over a hundred years ago, there were excited young people talking about extinctions.

Cinema would kill off theatre.

Radio would kill off music. (Why learn to play an instrument when you could listen to people who were better at the violin/ piano/bagpipes than you could ever be?)

Digital spelled the end for print.

Now it spells the end for telly too, streaming replacing broadcasting as we know it.

Well, nothing has died. Oh alright then, the telegram.

The point is, with all the media choices you have today, few marketers would ever choose a solus medium for a campaign.

You need a mix.

(That said, when KFC's new distribution company cocked up and hundreds of KFC restaurants had no chicken, they apologised in a press ad. Not in a tweet or an Instagram post, or on Facebook. Nevertheless, that's where FCK ended up as millions shared it with each other.

Similarly, when Belgian beer brand Jupiler chose to make a statement about transgender, they did it in a single press ad too. And reached over 60% of the country. Page 48)

Want to reach a billion people? Use a rude word in a press ad.

You need a mix because your customers are slippery fish. They glide from their mobiles to the car radio, from the free-sheet newspaper they pick up at the station to their laptops ion the office. They watch the telly and they buy magazines about their hobbies.

You need a mix because not everyone is on the internet. In the UK, government figures are for 5.3 million adults who are "internet non-users." That's 10% of the adult population. In the USA it is believed to be 11.5%.

Agency Åkestam Holst created a press ad with the same technology as pregnancy tests. If a young woman peed on the ad and learned from it she was pregnant, she got discounts on a baby cot.

The story is one of print and digital together.

"Don Meij is the CEO and Managing Director of Domino's Pizza Enterprises. He is also one of the most successful business executives in Australia and one of the highest paid. I had the privilege of interviewing him for my book a couple of years ago.

He revealed that Domino's rushed to 'save money' by reducing the volume of its unaddressed letterbox marketing collateral. Domino's distributes leaflets, booklets and other printed collateral to sell pizzas. Domino's had launched its app and wanted to migrate customers to using the app for orders.

The result of this decision was an immediate drop in sales. So Domino's reverted to using letterbox leaflets again. Over time, the Domino's app has changed the way many customers place their order. Instead of using the phone to talk, they use the phone to tap. And once a customer downloads the app they use it more often to place home-delivered orders. But many still use the letterbox offers before ordering."

What I'm talking about here is not two separate media channels, which can be artfully interwoven in a media plan, but of print and digital combined. As one infinitely flexible medium.

Some people call this the phygital world.

Horrible word, but I know what they mean.

Basically, it's what Xerox XMPie does, but in "phygitising" your business it demands you think completely differently completely about communications.

Let me give you an example. This magazine of mine.

With XMPie, I could email you an overview of the next issue. The algorithm already knows quite a lot about your preferences but maybe you're curious to see if there are any innovative uses of AR. Your quick clicks allow me to curate and print a magazine specifically for you.

You're the CEO of a network agency. You just want to see work from your agencies? No problem.

Just want to see digital and integrated campaigns, that's fine. Just want to see financial services campaigns from around the world? Easy. Delivered electronically if that's how you'd like it.

Now that is relevant personalisation. Not just laser-printing a name on an envelope but creating and delivering content made to order for the individual subscriber/customer/prospect. Think about it. The entire publishing process from page design to finished product all in the same space, where, incidentally, you can also manage your email and direct mail campaigns. As the folks at XMPie like to say, "Many channels, one conversation" to improve the overall brand experience.

Now, I'm not writing this to be an advert for Xerox, though bless 'em they do sponsor Directory. (And you can find out more at xmpie.com) I'm writing it because the partnership has helped remove the scales from my eyes.

Xerox make and sell printers, but they're not a print company.

They pioneered icons, windows, the computer mouse and invented the ethernet, but they're not a digital company.

They are a technology company. And what they do is find ways to make businesses large and small operate better. And they do this by turning their clients into technology businesses too.

This is quite a toughie to wrap your brain around if you publish a small magazine in Kent.

But it is precisely how we'll survive.

Not by seeing ourselves as a print-based magazine with a website and an online archive, but as a technology company that can give our subscribers what they want, when they want it and how they want it.

Neither Coles nor Argos seem to have grasped that this is the future.

It's often said of adland that creativity is our lifeblood.

If that's so, then why do we show so little of it when it comes to running our agencies and marketing departments nowadays?

Like a lot of people, I stumbled into advertising. I had always enjoyed watching fun ads on TV growing up. And when I left school, I remember my best friend recommending I read David Ogilvy's classic book, "Confessions of an Ad Man" (Atheneum Books, 1963).

I fell in love with advertising almost immediately. It seemed to me that if you were a bit of a misfit it was the place to go. I remember my first boss at Ogilvy saying, 'Advertising is the most fun you can have with your clothes on.' I wonder now if that's still true today?

I'm talking about this because for the last few months I've been helping to put together a course on 'How to be More Creative' with Cannes Lions.

As part of our research, we spoke to all sorts of people from all over the world, asking for their creative advice.

One of the people who stood out for me, was Josy Paul.

I suspect a lot of you may already know Josy. He's the chap who created the Grand Prix winning work for P&G, 'Touch The Pickle'. Or perhaps you'll remember his 'Dads #ShareTheLoad' work for Ariel, or maybe you heard him speak at this year's 'Lions Live' event?

Anyway, I am now a Josy Paul fanboy.

In 2000 Josy set up the agency David (named after David Ogilvy) in India. When people joined, they had to sign a pledge to resign from adulthood. He made the office look like a playschool. The people there were edgy, a bunch of misfits but the agency quickly became successful, winning some major accounts in a short space of time.

As the agency climbed up the WPP creative ranks, it was decided they would open up the David brand in eight other countries. But with growth came the loss of some of the innocence and playfulness that had made it successful and so, in 2007, Josy resigned.

He is now Chairman and Chief Creative Officer of BBDO India and successfully continuing his creative adventures.

I've seen similar stories play out all over the world. A company starts with excitement and innocence and then, as it matures, it slowly loses all the things that made it magical in the first place. Why does this always happen and how can we retain our creative innocence?

Inspired by all the people we interviewed, we have created a course with over 30 lessons on creativity. But the same three points came up time and time again, so I thought I'd share them here.

How can we become more creative and how can we create more of the 'C's stuff? Not just in our ads but in the way we run our businesses?

I will leave you with more wise words from Josy, "Just because something makes sense does not make it right."

Chris Rawlinson is the founder of 42courses, the official learning partner of Cannes Lions. To try out any of the learning on 42courses, including their new course on 'How to be More Creative', use the voucher code TheDirectory for preferential rates.