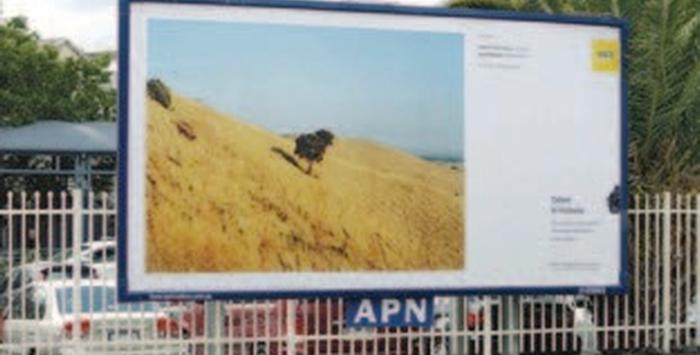 Often at Directory we simply run out of space in which to feature some of the great work agencies have sent us. This is particularly the case with Issue 51. Here, in short, are some of the campaigns just from the Outdoor, Ambient & Guerilla category that really deserve more space.

As the number one channel for movies in France, Canal+ knew that genuine film buffs watch the credits all the way to the end.

To reward them, Canal+ teamed up with MK2, the leading independent cinema chain in France, to hide messages in the closing titles of movies.

Within three days, movie lovers had discovered the special promo codes that gave them a three-month subscription to Canal+ for free. Word of mouth and a video about the action then spread the idea.

Aspiring Australian photographer Bodhi Bailey had his prized Mamiya 645 stolen from his car.

Insurance company RACV found him a new camera and insured it with their new Single Item cover.

Then they sent him off across the State. The shots he took became 185 contextualised billboards, geo-fenced so consumers could connect to them and hear Bodhi's story of the photo they were seeing.

'Grave of Thrones: The Final Resting Place', was a sprawling 2,000 square metre cemetery that launched the final season of 'Game of Thrones' on Foxtel. Fans were asked to 'come and pay their respects' at the graveyard and tens of thousands made the pilgrimage.

They cut the Amarok logo into the tyres of a 4x4 Amarok and then drove it all summer up and down the beaches of luxury resorts Pinamar and Carilo.

Plates with QR codes hidden in the design so when anyone annoyingly took a photo of their food, a message automatically layered over the shot, 'Nice photo, but don't forget your dining companions.'

Over 2300 restaurants ordered plates within 24 hours.

Specially for Halloween, Marvel comic- book artist Francesco Francavilla created five limited-edition sachets of ketchup. Within hours, all had gone from BK restaurants – but lived on in social media.

In the run-up to the London marathon, New Balance, knowing that there's nothing runners like after a good workout than a cold beer, opened a pub. Runners could trade the miles they ran for beer. Those who completed the branded challenges earned almost 63,000 pints of beer and helped New Balance get through to 30 million people.

ShelterBox Book Club was the world's first book club that saved lives. Supporters gave £10 a month and were mailed curated works of contemporary fiction, beautifully packaged. Each was linked to the places and people ShelterBox worked with; great fiction, real lives. Supporters voted and discussed the books on a dedicated Facebook page and could give Book Club membership as a gift.

To deal with its growing garbage crisis, the government of Lebanon quietly began planning to build incinerators, which would make pollution even worse. 'The Toxic Flag' was a 35-metre tall art installation that used non-toxic smoke to show the people of Beirut what was coming. Posters urged citizens to sign the petition.