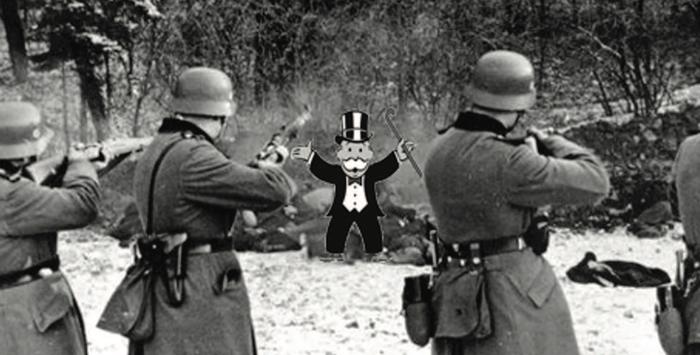 My old friend Laz says that advertising is a cancer on the brain and body of the planet.

We are the dogs of more. We stimulate dopamine addiction, we increase anxiety.

I say, hang on a second, old chap.

In defence of the industry that has employed me and sacked me, excited me and depressed me for over 40 years, I would like to make some observations.

Despising advertising is nothing new.

When I came into the business, my family sneered at me. (I’m reminded of Jacques Seguela who once said, “Don’t tell my mother I work in advertising, she thinks I play piano in a brothel.”)

Many of my university mates went off to become, eventually, Professors, judges and senior civil servants. In other words, people who use public money.

Today, 20% of the workforce in the UK and 25% in France are employed by the state.

Advertising is a cog in the machinery that makes the money that pays for all those services.

Ah yes. But you make people buy things they don’t need, I was told.

And Laz is saying much the same.

One of the first brands I worked on was Bedford Trucks.

He’s thinking about how Dove moisturiser is razing forests in its hunger for palm oil. And Nestlé exploit the farmers of South America to make more money from their coffee.

There is hardly a company out there that isn’t in some way either fuc*ed up or is fuc*ing things up.

One comment to Laz’s article mentions the fact that paperback books are destroying forests.

Arguably, the mega-servers of Google and Facebook are doing more damage.

I doubt that they are doing this intentionally.

Laz, we live in a world of paradox.

The invention of the motor car both liberated and then curtailed travel.

A 200mph Ferrari is a slower way to get to work in London than a bicycle.

The mobile phone opens up communication. Yet it is isolating huge numbers of young people.

Advertising promotes new goods and services. It encourages competition, which forces companies to make better products and price them attractively.

The problem is that right now there is more bad advertising than ever before.

Ads that talk down to people; are aggressive; shouty; are unhelpful. For instance, some booze companies were urging people to drink more in lockdown, to keep the blues away.

In the digital universe, bad advertising is unregulated.

No wonder over ¾ of a billion devices have adblockers installed.

This is Tom Goodwin on LinkedIn in early October:

Technology continues to turn advertising inside out.

And I suspect that this is where Laz has been offended.

Instead it has turned out to be annoying (remarketing), crass (think Kendall Jenner and Pepsi) and spooky (think Cambridge Analytica).

One paradox of digital, if you like. An even greater paradox is that digital comprises binary numbers.

And yet the world is not binary.

While it is easy to see it in black and white, that leads to generalisations such as advertising is cancerous.

The world is more nuanced.

And right now, advertising is recruiting retired nurses back into the NHS to help combat Covid.

It is advising cancer victims that they can still, must still receive treatment.

It is urging Americans to vote.

In my book I try to offer solutions to the problem Laz has described.

They all add up to this thing called ‘creativity’.

Julian Richer making his employees all shareholders of the business.

Toms donating a pair of shoes for every pair sold.

P&G calling on white people to “use their power” to stand up to racism.

Innocent Drinks ‘Big Knit’ campaign both giving elderly knitters something fun to do and raising 25p per drink sold for Age UK.

And so on and so on.

Rather than throwing bricks, I want to make a few.

Because if you get your way, Laz, and the building comes down, we’re going to need something to put up in its place.

Incidentally, if anyone wants to read the first draft of “Permission Denied”, let me know. I am looking for constructive critics to help me in the rewrite.