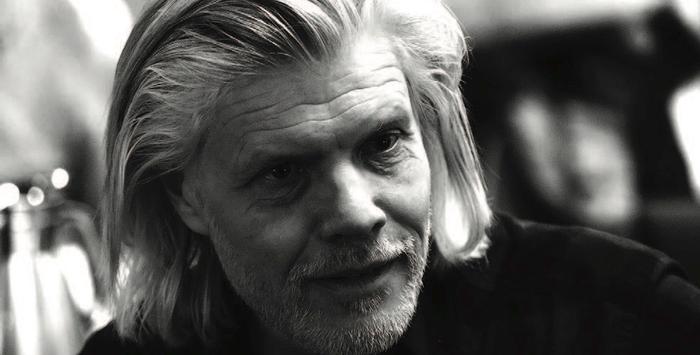 From Thursday May 13th through to Wednesday May 19th, 33 jury members assessed 2,100 entries, a record number of submissions for The Caples Awards.

From the UAE, Ali Rez and Paul Banham.

"This is an exciting time to be a judge at the Caples. The show is turbo-charging itself.

In being free to enter, there is a democratisation of creativity. The strength of the idea is all.

My personal spin is I like big ideas, ideas that have some longevity. There's a tendency to look for stunts and one-offs. That said, do not disregard the little jewel of an idea. Not everything needs to be a massive campaign with video at the centre of it all.

I'd also urge you to think about the day-to-day challenges you all have with your clients so look to reward real-world solutions to real-world business problems.

I also think the sponsorship of The Caples Awards this year by BBDO and WPP is a step-change.

It says loud and clear that these two organisations value the best talent.

I think that puts a responsibility on us to make sure the work that wins is work of world-class quality. It's work we'll want to share with our teams to inspire and motivate them.

After you've judged the work, when we come together what we want is discussion and debate. We don't want good stuff to get lost nor do we want to give awards to work that will pass like a ship in the night."

One of the characteristics of Caples' juries is how pleasant the discussions are. No bitching and back-stabbing. Most jurors managed to get together at 9am UK-time except for the folks in the Americas, where it was still the middle of the night. So there was a second review every day with them at 4pm.

The big ideas came through strongly from the start.

"Donation Dollar" from Saatchi Australia was the highest-scoring piece of work in the competition. And if you're wondering why it didn't get Best in Show then, it's because The Caples rules prohibit not-for-profit work from winning it.

Best in Show went to Wunderman Thompson Thailand for "Stay at Home Air Miles" (page 8) not because it won more Golds than any other piece of work, four in all, but because the jury agreed unanimously that it deserved it.

Firstly, because it is brave and optimistic. While most other airlines were silently facing the threat to their business from Covid, Thai Air was spending money on giveaways.

Secondly, it has real commercial purpose. Thai Air are incentivising people who might not be regular flyers to start saving in order to fly in the future. The jury liked that the success of this idea isn't measurable until late 2022 and that Thai Air are investing in the long term.

Thirdly, this is the national airline making a public statement that it cares for the people of the country.

As one of the jury said, "It's the sort of campaign that would make you proud to be a Thai."

By contrast, there was a 'small' idea that won two Golds and which set out to make Irish people ashamed of being Irish.

O.N.E's 'Sleeping Flags' from Rothco Dublin. Created to raise awareness of the plight of homeless veterans, a handful of sleeping bags pricked the conscience of a nation.

At a time when jobs are under threat, many agencies are choosing to look after their people rather than spend money on awards.

They allow creative people to benchmark themselves.

And clients do pay attention to them.

In being the world's first major free-to-enter show, The Caples offers a new business model, one which levels the playing field, allowing small agencies to compete on equal terms with large companies.

Independent agencies who prospered at The Caples this year include