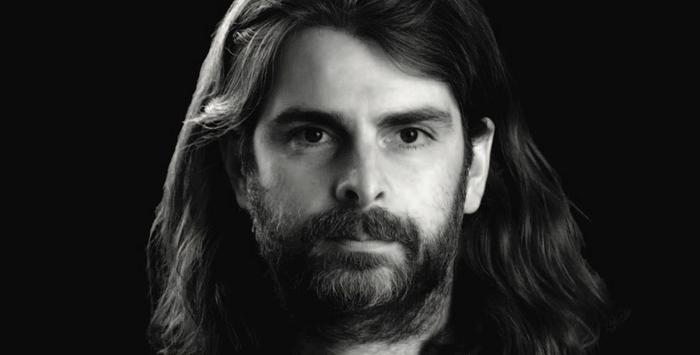 Michael Scantlebury is the founder and Creative Director of Impero

This was the question I brought with me down to Cannes.

I knew that plenty of other questions would be asked in the week of the festival.

What's the future of addressable media?

How much bigger will the increasingly tech-led healthcare sector get?

But isn't there a bigger question to ask?

And that is, does our industry have a bright and prosperous future?

Glamorous and high-octane though it may be, once you look beyond the Cannes veneer, the past few years have not been too pretty for the advertising industry.

Marketing budgets are reported to be stalling.

Many of our business models are beginning to look increasingly outdated.

Our digital media market is, rightly, under scrutiny, with question marks hanging in the air about the intrusiveness, volume and frequency of today's hyper-targeted, dynamically optimised, digital and social media advertising.

Add to that a slew of negative headlines about consumer trust in advertising declining to a new, record low added to reports of a sexist, toxic culture within agencies and things don't look too pretty at all for the ad sector's future.

At Impero, we stand for rebranding tired brands – revitalising them, and connecting them with their next generation of audiences.

So, at Cannes 2019 we turned the lens on the industry itself and asked, what do we need to do to our culture, or business models and our creative output to stay relevant.

In short, is it time to rebrand adland?

On June 18th we announced our Impero Re-branding Advertising project.

This is the distillation of the opinions of 1,500 consumers, 100 senior brand marketers and 100 advertising practitioners to find out what people really think of advertising and what they would change about it.

Perhaps the most heartening findings from the report come from consumers.

In spite of all the headlines surrounding a lack of trust, our report found that consumers do like advertising: significantly more people see us as a force for good (40%) than bad (16%).

They also think we're getting better as an industry with 42% of people saying we are improving versus just 27% who think we are getting worse.

Equally heartening is finding that the majority of consumers feel we add more to their lives than we detract from them.

36% of respondents said advertising adds "creativity, colour, flavour and information" to their lives versus 19% who see us an unwelcome distraction and 15% who feel overwhelmed by the advertising they see online.

Making funny work is fundamental. When asked why they think the industry is improving, the majority of respondents (42%) said it was because the industry is more fun than it used to be. Equally of those who feel we are going backwards, the overwhelming majority (67%) blamed a decline in the industry's sense of humour.

And when asked what they would change about advertising, the majority of respondents (37%) said simply: "it needs to be more fun".

Perhaps the key take-out from this report, then, is that consumers like advertising when it is good advertising. When it isn't, they are really, really losing patience with bad advertising.

Advertising that entertains people, empathises with them, and respects their privacy was infinitely more appealing to our respondents than hyper-targeted, personalised digital ads that follow them round the web, listening to their conversations through voice tech and invading their privacy on their most personal of devices – their phones.

Too many of the consumers we aim to excite still see us as an unwelcome distraction (one in five) – not to mention the 15% who feel we overwhelm them online, and 10% who feel overwhelmed by advertising even when they are not online.

Trust in the industry is an issue with the majority of respondents (63%) feeling, to varying degrees, mistrustful of the messages they see in advertising.

Online advertising is what most worries people, with 15% of respondents feeling hyper-targeted social media advertising has damaged democracy, and 36% saying people need to be "much more cautious with what they share online".

I delivered my message in Cannes at the invitation of the IPA on the UK Government-funded platform, 'Creativity is GREAT'.

I said, to stay future-fit as an industry, we need to go back to doing what we do best: making work that resonates with people, making people laugh and creating big, ambitious, fun, brand-building work.

Creativity is how we'll retain talent as well as retain clients.

One of the most striking statistics from our report was that 62% of people working in advertising have interviewed outside the industry in the past 12 months.

Most of those interviewed plan on staying in the industry for only the next two to five years.

Given the headlines about long working hours, burnout, sexism and a sink-or-swim environment which affects people's mental health, you'd be forgiven for thinking this is because of our culture.

But it isn't. Ask young talent what they would change about the industry and, startlingly, 25% say that "creativity needs saving".

"Working with creative people on creative projects" was also the thing that attracted most people to the industry in the first place (58%).

So, if we are staring down the barrel of a brain drain, it's not because of our lack of diversity or ruthless culture – it's because our people are losing faith in the quality of the work we're asking them to make.

So, how was the message received?

I'll admit I went to Cannes to try to get some publicity for the report.

I thought there was some heartening news in it, that creativity is still valued.

In fact, creativity could be the salvation of our business.

Do you want the truth?

It was billed as a 'festival of creativity' but according to IBM, there were fewer talks and seminars about creativity than in any previous years.

And when it came to my central message, that we need to take a cleaver to adtech, keeping brand-building ads in one place and service-providing tech in another, most people looked at me blankly.

They have probably all been asking the same questions but have been putting any attempts at answering them in the 'too hard' basket.

If you wanted to know why advertising is facing an existential crisis, it was all there to see.

Predominately white, middle-class people (me included) drinking themselves into a stupor and congratulating themselves on being at Cannes as if they had 'made it'.

The real problem is it's getting increasingly hard to make money in this business.

What I saw at Cannes was the status quo being propped up.

We talk about bravery but what I saw was fear.

Despite the Young Lions and the various academies, the whole system looks to me to be designed to keep fresh thinking out. Cannes Lions isn't shaking things up, it is clinging to the past, protecting the big networks and helping to keep the old guard in power.

It is an elitist bubble in a part of the world whose charms have faded.

Maybe I should open a bakery. I am quote good with sourdough.