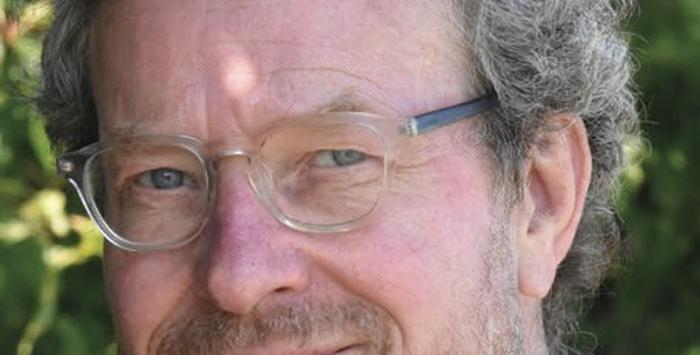 The devastating effects of ignorance

How are online ads planned, sold and paid for?

Can't answer the question except in a sketchy way? You are not alone. And we have come to accept it as a kind of status quo produced by hugely powerful organisations that can't be controlled, much like the weather. The worse news is that most bright young "digital natives" are not much better informed.

At a recent workshop I asked students the same question.

Puzzled faces stared back at me. The word "programmatic" was mentioned.

"Ok – how does that work?" I asked, expectantly.

"And then what happens in the middle?" I asked.

Our general ignorance is not surprising because the way the online ad market works is a murky, complex and a highly specialised field of knowledge.

Economists have a phrase to describe this – "extreme asymmetry of knowledge."

It means that one (normally small) group knows a lot and the other side is largely in the dark. You should smell a rat when the side that knows a lot tries very hard to keep it that way or tries to suggest that their motives are benign. Or that somehow the current dispensation is either inevitable or too difficult to change. All of these are the PR tactics of some familiar names such as Facebook and Alphabet (Google really).

Why should you care and read on? Well, we have already had a devastating warning from recent history.

A warning from history

In 2008 we discovered how dangerous asymmetric knowledge can be.

In the previous decade, Big Finance had started to invent all sorts of complex financial products (often called "marketisation") so they could make big profits on their own account. Governments were persuaded to look the other way because big profits also produced big tax revenue.

Huge global businesses emerged. RBS, which had once been just a regional bank, became enormous, making its shareholders and executives rich – so the pensions funds did not look too closely either.

Marketisation was a great thing, the story went. It made financial allocation more efficient. Marketisation was, well, benign really. The Labour Party got relaxed about some people getting "filthy rich."

Gordon Brown, then UK Chancellor of the Exchequer, took it hook line and sinker: it means "an end to boom and bust" he intoned.

We know how this story ended. It turned out that marketisation also meant packaging up and selling on all sorts of toxic loans to the unsuspecting. These exotic financial products were sold on by companies that did not fully understand their implications and liabilities either. Then the solids hit the oscillator. I don't remember much warning from academics, intellectuals and commentators in 2007.

History does not repeat itself exactly but if does often rhyme.

About 15 years ago a new type of company started to emerge based on a new technology that most people - including highly educated people - did not fully understand. In fact, digital innovation moves so fast that even those inside the likes of Google and Facebook did not have a complete picture. (Declaration of interest. I used to work in a Google innovation division).

We were all peering ahead into the future as if through a glass, darkly. But we were excited about the possibilities. We were going to "move fast and break things" and invent transformative new business models. Heady and idealistic days.

Today you can start to hear some of the rhyming tunes from the 2008 crisis. Here is Professor Shoshana Zuboff' warning that Big Tech' companies like Google and Facebook...

"know everything about us, whereas their operations are designed to be unknowable to us."

They "are protected by the inherent illegibility of the automated processes that they rule, the ignorance that these processes breed and the sense of inevitability that they foster."

These companies "quickly realized that they could do anything that they wanted and they did."

Zuboff could easily have been writing about all those super bright maths and physics graduates who went to Big Finance in the decade before 2008.

No excuse for ignorance this time

This time there are public intellectuals to explain and warn.

It is very late in the day because, 15 years on, those scrappy silicon-valley start-ups have morphed into some of the most powerful and wealthy companies that the world has seen. The super-rich are very difficult to dislodge. The super-rich do what they have always done - they lobby hard and seduce with riches and influence in order to maintain their privileges.

Zuboff explains the big change in power represented by these companies:

"Industrial capitalism claimed nature (meadows, rivers, forests) and brought them into the market dynamic, where they are reborn as real estate that can be sold and purchased.

Activities that people did in their homes, cottages, gardens, and fields, were brought it into the market dynamic that it could be sold as wage labour.

Surveillance capitalism continues this tradition, but with what I regard as a dark twist. It claims private human experience, our inner lives, our daily lives, as a free source of raw material for a new kind of production process.

In this production process, our experience is translated into behavioural data. Those data are combined with world historic computational capabilities. Today we call this Artificial Intelligence, Machine Intelligence,Machine Learning.

What is produced are predictions about our future behaviour. And these predictions are then sold and purchased in a new kind of marketplace that trades exclusively in behavioural futures, like wheat, or pork bellies, or spot trading in the oil markets.

A symmetry of knowledge gets worse

One of the main ways in which you experience this marketplace is in the form of online advertising. So, buckle up (and try not to lose the will to live), let's get back to what happens between those DSPs and SSPs.

Let's start with you. You clicked yes to T&Cs so a cookie could be planted on your browser.

It meant that you could be followed around the Internet by large numbers of companies who plant cookies.

Just check your browser. "End users" are being tracked on an industrial scale. (And, yes, you are "an end user" not a human being. It is ugly language that reveals the predatory thinking, just as the word "cookie" suggests something pleasant for what is really a legalised form of spying of your online behaviour.)

So, ad exchanges (previously called ad networks) were born. They sit between the DSPs and SSPs. They trade your personal data and you have no idea who they are.

James Ball (author of The System. Who Owns the Internet and How it Owns Us) explains what happens: -

"In the blink of an eye the publisher holds an auction across all the advertisers and the highest bidder wins. It was built the idea of helping publishers make more money

In the old era of print advertising a brand would pay more to advertise in the New York Times, than in a free newspaper. But because of cookies, publishers happily tell advertisers who their readers are who can then go and target those readers elsewhere at much lower cost."

Being an old-style publisher today is a bit like being a dairy farmer who gets scammed. The farmer spends huge amounts on the welfare of his or her cattle, making sure they are properly fed with good, nutritious, unadulterated, carefully sourced stuff. But then the cattle are led away into someone else's cheap, hastily built shed and milked for profits.

You would recognise these cheap sheds as a whole new class of "publisher" who hoover up audiences. They are "content farms" like Taboola and Outbrain, attracting viewers with click-bait. Suffice it to say, they do not have to pay the wages of professional journalists though they are scooping up some of the revenue belonging to those that do.

Can we muck out The Augean Stables?

It is the radical solution but unlikely.

Hugely powerful companies like Google and Facebook profit from this system of trading online advertising. It's "a hammer to crack a nut," they would say.

Cookies are essential to service innovation and refinement. That horse has bolted. (But you can of course block cookies.)

Brian O'Kelley (an entrepreneur and investor who has got rich from ad networks) says:

"The first step is for publishers to realise they are taking part in their own downfall. Call an end to letting ad exchanges take data on your audience." This solution is unlikely too as "this tactic could temporarily hit publishers' already strained revenue. Regulation like GDPR (but tougher) could help without requiring such drastic action from advertisers."

Regulation may be coming the way of Surveillance Capitalism under Joe Biden.

But don't hold your breath.

He has other more pressing matters on his plate. Besides if Facebook and Twitter block Donald Trump permanently he may make a Faustian pact with them.

My view though is that a new generation of tech companies is needed to disrupt the now bloated Surveillance Capitalists (SCs). The fact that just three companies (Twitter, Facebook and Amazon) can close down Donald Trump's megaphone makes its own point.

They have too much power - and we have had enough warnings from history about the corrupting effects of that.

The Economist has set out a vision for a better way.

"A digital commonwealth governed by a new set of rules akin to a constitution with its own checks and balances. Respectful management of data offers another business opportunity...give users more control, telling them how much their data is worth and managing data on their behalf, as a data trust of sorts."

Too idealistic? Not necessarily, if people think they are being cut in on the deal rather than just providing data to be milked for profits by SCs.

New generation platforms will still have to contend with governments, who quite like SCs because they can be pressured to allow security services to access their customer data on an industrial scale. In China, WeChat is already both a commercial platform and a government surveillance system.

But a big change is needed and before too long. As the saying goes, "you don't know what you have till it's gone".

I am talking about quality journalism and paid journalists. Without these we already know what the future is like. Fake news, bad actors, rumour, bullying, lying.

In other words, smelly - like The Augean Stables after a spell of hot weather.

Julian Saunders is founder of The Joined-Up Company. He runs training courses. These days mostly on Zoom. [email protected]