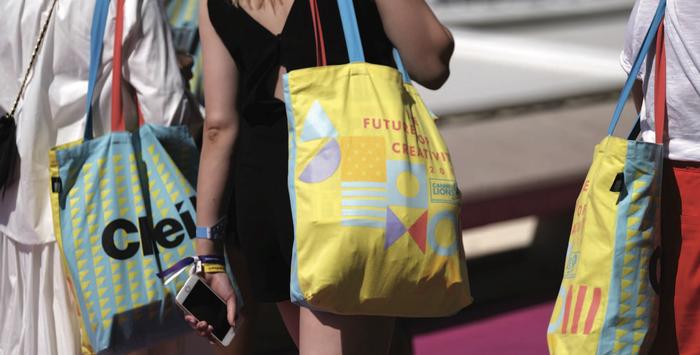 The President’s point of view

Directory: When Cannes Lions first approached you to invite you to be President of the Direct jury, what were your thoughts?

Nicky: They approached me about three years ago to head up the jury but then they withdrew the offer because I'd left M&C Saatchi and joined McCann Worldgroup. Rob Reilly, Global Creative Chairman of McCann, was doing the Promo & Activation jury and they said we can't have two people from the same network. It was disappointing but this time around I was absolutely delighted and couldn't wait to get down there.

Directory: Did you have any connection with your jury before the festival?

Nicky: No, nothing. I had no influence over the composition of the jury. But I did send out a video to all 40 of the jurors who were doing the pre-judging. I wanted to set out my stall early and spell out what I think is and isn't Direct.

I just didn't want people asking, 'Is this Direct?' when they should have been asking, 'How good is this?'

The 40 then got whittled down to 10 'awarding jurors', who came to Cannes. They'd been hand-picked by Lisa Berlin, Jury Director at Cannes Lions, and I think she did a very good job. Just great people. Everyone was respectful of everyone else, even when they didn't agree because there was the shared ambition to make sure the awarded work was genuinely brilliant.

Directory: So, what is Direct today?

Nicky: There are four simple questions the work has to answer.

One, do you know me or want to know me? So it's about targeting.

Two, have you made me feel something? That's about the idea and the execution.

Three, have you clearly asked me to do something?

Four, can you prove I did it?

So I shared those with everyone.

The one thing I said to be generous about were results. There have to be results but it could be that just two people responding to one idea might be more effective than 50,000 responding to another.

Directory: Were any campaigns rejected because they didn't meet those criteria?

Nicky: It's hard to know. There were nearly 2,000 entries and the pre-judging whittled that down to around 250. Even that shortlist wasn't set in stone. When we arrived in the room, we culled that list by another 50 and that's when a couple of pieces didn't make it because they weren't Direct.

One terrific idea was an ad in a car game, where they used the car radio to launch the next version of the game. It had no results so it didn't go through.

I can't tell you how important the submission forms were. The jury didn't really look at the boards. They watched the case videos and then went to the forms, where there was often a little bit of gold dust to help them make decisions.

Directory: How did the pre-judging work?

Nicky: There were ten small groups of four, each looking at around 200 pieces of work.

It's an interesting way of doing it. It meant that when we got into the room, there was a lot of stuff we'd never seen before.

Perhaps Cannes could have split the entries into two for pre-judging so we would have had to look at 1,000 ideas but we would have been more prepared.

Of course, having 40 people in the room would have been impossible. The last time I did it, there were 26 jurors and that was pretty crazy.

All those voices and people forming sub-groups.

So, getting it down to 10 plus me as the Chairperson felt like the right number.

Directory: How much discussion was there around the Grand Prix and the Golds?

Nicky: We were brutal to start with. There were very few Golds because we had been so purist, so we lifted some up from Silver and I am so glad we did.

The Grand Prix was unanimous. Everyone pushed the same button at the same time. Wow!

Nicky: We'd seen lots of Whopper work before, so I did say to the agencies please don't discriminate against a brand just because you've become familiar with what it's doing.

So, though I love Whopper Detour what really made me laugh was 'Burn That Ad'. Rafael Donato, Chief Creative Officer of David Sao Paulo had created it and was also in the jury room, so he had to keep going out. But, my word, it is so audacious.

Also, the case study was put together beautifully with music specially composed for it.

I also loved 'Thisables' for IKEA. It came from my own agency network, so I knew that the copywriter who had the original idea is also the guy in the video. Eldar Yusupov has cerebral palsy and when he came up onstage to collect his Gold, it was a moment in my career that I'll never forget. Amazing.

Nicky: I think if IKEA's purpose is to democratise design, then 'Thisables' delivers to that. For me it's more about permission than anything. Does the brand have permission to go out there and talk about these issues and yes, IKEA does.

Going back to work I liked, there was an idea for TV Rain, a Russian TV station. They created these twins one of which represented TV Rain and the other one of the state-controlled channels. Using AI, the characters digested the news from their respective stations so when you went online you could ask them both the same question and the replies they gave were amazingly different.

I loved it but the other judges in my little pre-judging group obviously didn't.

'Hagglebot' from Dentsu Bangalore for Flipkart didn't win anything, which surprised me. I think it's an example of how important the entry submission is. The entry simply wasn't as clear as it could have been. We were trying to work it out in the room but that's not right, the jury can't rewrite the case study for the agency.

Directory: When you came away from Cannes this year, what reflections did you have?

Nicky: Cannes was very different for me this year. I arrived thinking there would be argument and dissent in the jury room but we became friends quickly and the experience was a delight.

I did come away thinking that whatever brands do, it has to be relevant. If they do anything that's fake, people are so alert to it.

I am excited about what is to come. I feel so positive about the business because the people I met, the creative leaders I was among, led me to believe they will create a great future for Direct.

Directory: Cannes, is it ridiculous or is it worth it?

Nicky: A year ago I might have had a different answer but I am now back in love with Cannes. One of our placement teams won a place in The Young Lions school and they are still buzzing from it. The work, the talks, the people, the whole week of it has transformed their careers.

Looking at the queues for the talks, they all looked younger to me and that has to be a good thing.

In Russia, with state control of a lot of the media, the line between propaganda and news has been eroded.

Using AI, two bots were created. Like identical twins, the two bots were fed the news, one from TV Rain and the other from state-owned TV Russia 1.

After six months, the bots could answer any question asked of them but using only the knowledge and vocabulary of the programmes they had watched.

Over 14 million media impressions within a week, leading to nearly 200,000 visitors to tvrain.ru. The bots were asked 2.5 million questions. Given the choice between the bots, 93% of visitors voted in favourite of Rain TV.

The Big Billion Days is a massive sale that runs across all e-commerce giant Flipkart's retail categories.

However, Indians enjoy getting the best price possible by haggling for it.

Teaming up with Google ZOO, the idea was for a voice-activated bot to be trained to argue with the shopper. Data from 30 bazaars was analysed to identify popular bargaining strategies. When people made an offer in Hagglebot, Google Assistant answered in a conversational tone.

I know I shouldn't tell you this but there's an even LOWER price waiting for you. Let's hear your revised offer.

For the first time, Indians had to earn a discount rather than just having it given to them.

In four days, Hagglebot received 75 days-worth of bargaining. Average dwell-time was around six minutes making it one of the most engaging branded voice experiences to date.