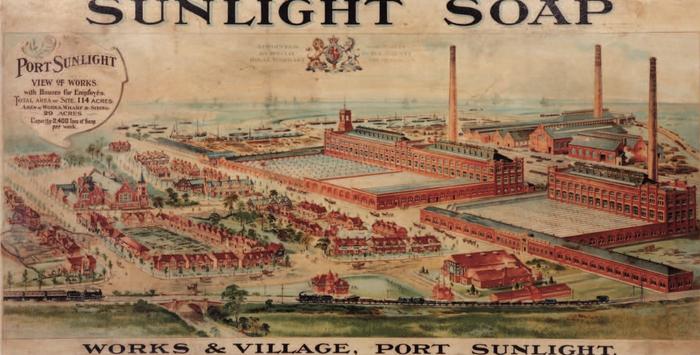 The right thing to do

The argument Steve Harrison sets out in ‘Can’t Sell, Won’t Sell’ is binary. Agencies are either fully committed to capitalism and growth or so trapped in a ‘metropolitan elite bubble’ that they’ve forgotten what they’re for, what they do and how they get paid.

This is because, apparently, we are all leftie snowflakes and out of touch with the ‘real world’.

In this context, looking for purpose, sustainable growth, ethical practices, more gender balance and better DEI is an abdication of our ONLY responsibility, which is to be the ‘rocket fuel of capitalism’.

We all know that the role of advertising and agencies today is much more nuanced than that.

Bill Bernbach wrote, “The purpose of advertising is to sell. That is what the client is paying for and if that goal does not permeate every idea you get, every word you write, every picture you take, you are a phoney and you ought to get out of the business.”

But that and David Ogilvy’s injunction to ‘Sell or else’ were made in simpler times.

Advertising is at the very least complicit in encouraging over-consumption. And while consumption does indeed create wealth, jobs, prosperity and tax revenues it is also, at its extremes, destroying the only planet we have. See Earth Overshoot Day for detail.

Clever and creative people in all walks of life have to be part of the solution to this; individually, corporately, by sector and industry.

Some may mock Unilever for their wokeness but their ‘plan for sustainable living’ was an intelligent response to a complicated situation.

Carrying on as normal isn’t intelligent.

Nor is hoping the world will be the same after Covid.

(And, by the way, when did ‘woke’ become an insult? The term originated in the black community in the USA and it means aware. I don’t think being aware of other ethnicities’ culture, politics and aspirations can ever be a bad thing.)

Unilever haven’t turned into philanthropists, by the way. They have directors and shareholders. If their “plan for sustainability” didn’t work for the business they would have changed both management and strategy.

Ditto, P&G, Rabobank, Patagonia and many other large, successful companies. And, of course, countless smaller ones.

They’ve all found that paying attention to people and to the planet can also create profit.

As Steve has acknowledged, it isn’t only millennials who care about this stuff. So it makes business sense for corporations to care about it too.

When the commercial and sustainability agendas intersect and become the same, good things start to happen. Even greenwash is a step in the right direction.

As he also acknowledges, were he starting his agency today, he would make it a B Corp. That means putting people and the planet on the same level of importance as profit.

Not instead of. As well as.

If Steve’s own business principles are purpose-driven, then why shouldn’t those of his clients be the same?

The agency he founded sounds like a great place to have worked precisely because there were ethical principles underpinning it.

In fact, I am not convinced that Steve believes his own argument.

Here are a couple of examples of how nuanced this all is.

Caring for his workers’ welfare in the model town he built for them at Port Sunlight made him a millionaire.

Now, post-Colston, I learn that his business was an indirect financial beneficiary of slave labour in the Congo.

The fact that there are Marxists and extremists using BLM for their own political ends doesn’t invalidate the legitimate concerns that millions of people in the USA and elsewhere have about police brutality and institutionalised racism.

And the fact that some of the people behind Extinction Rebellion are extremists doesn’t mean that their main aim, to move action on climate change up the political agenda, isn’t a sane response to the crisis.

We, both individuals and organisations, are all a mixture of good and bad and so are our legacies. The issue of Brand Purpose is not black and white.

Right now agencies have a fantastic opportunity to regain some credibility and respect.

In giving their clients the right advice, at a time when we are all accelerating into our digital futures and no one has a map, they can rebuild their own businesses.

Of course, part of that is selling their clients’ products. But equally important is helping them profit and grow in a way that conserves resources for future generations.

It’s easy to characterise this as an anti-business stance. But it is, of course, the opposite.

Companies need political and environmental stability to prosper. No one wins when the world’s on fire.

Nothing will be the same after Covid. The idea of advertising being nothing other than the ‘rocket fuel of capitalism’ doesn’t cut it any more.

We in advertising have hidden behind the ‘we’re just advocates’ shield for too long. We have to become responsible global citizens. That means facing up to very real challenges, commercially, socially, culturally, politically and environmentally. And, yes, being on the right side of history.

This is why D&AD’s mission is to stimulate, celebrate and enable excellence in COMMERCIAL creativity; not to ‘save the world’ but to encourage the industry to do the right things well.

Steve calls this ‘portentous moralising’. For a lot of us it’s simply the right thing to do.

Tim Lindsay’s glittering career took him from Managing Director of BBH to Chairman of Publicis UK and then President of TBWA UK and Ireland. Since 2011 he has been the CEO and Chairman of D&AD, a not-for-profit advertising awards show and a creative education charity.

William Lever built Port Sunlight as a garden suburb to give his workers a place to live that was ‘liveable and healthy’.

He provided good housing, a school and a hospital. Yet this apparently decent philanthropist was an enthusiast of

Imperial expansion, especially in Africa, where it seems the palm oil he needed for his soap was produced by slave labour.