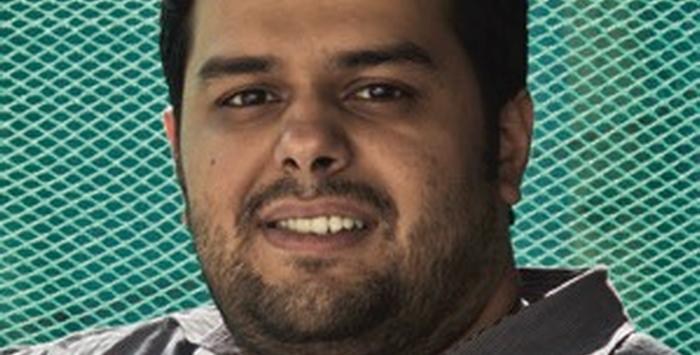 The view from Bangladesh

Technology, creatives and the new cool.

I'll be very frank with you, I'm not very good with words. I have always hated books with too many letters. And when writing something, minimum word limits have always had the worst of me. Unfortunately, the same can't be said about my thoughts. My thoughts are as colourful and as extravagant as the new Coldplay Up & Up video – blissful!

One of my most recent thoughts has been about this surge of advertising creatives moving out of agencies into the Tech companies of all different sizes. Some may argue that it's just a bubble, that will burst and in a matter of years you will have a surge of creatives moving back to the agencies. But what I really cannot help thinking is, what if they don't?

No, it's not just about Tor Myhren who left Grey at the end of 2015 to join Apple, the world's most beloved tech company, as its VP of Marketing Communication. In March 2015, Lars Bastholm joined Google's in-house creative consultance, The Zoo, as its Chief Creative Officer and in January this year Andrew Keller, the former CP&B Exec Creative Director, joined Facbeook's in-house agency as its global creative director.

What really matters to me are the countless who have moved waaaay before any of the big guns have - the ones who we don't know the names of. At least not yet...

"Apple has had such a positive influence on my life, and has helped shape and inspire my creativity more than any other product on the planet", that's what Tor said in his statement that I ripped off from Adweek.

And I really can't help but agree with him. Apple has changed my life too. So have Google, Uber, Tinder, Facebook and Booking.com. I don't know what I would do without my Spotify account. And Netflix has completely changed my life forever. Unfortunately I don't feel the same about Coca-Cola. Neither do I feel the same about Toyota, nor do I feel anything for Sunsilk.

Tech IS changing the world. And that's a kick in the creative consciousness. More and more creatives understand how important it has become to be a part of the machine that is TRULY changing the world - not the full sweet, but zero calorie kind.

There is an increased desire to make a difference in the broadest way possible, sacrificing the big office and status in order to do so. And creative-strategic thinking is what is being used to solve high-level briefs that are directly affecting products and services and a billion consumers in the process.

The creatives have always been closer to the consumers. They have always been the ones to understand the pulse, the ones who know how to create and instil an idea in popular culture. So it seems natural to feel right at home - in tech.

Quick, think of a startup!

What is making the creative stars move? Why are they doing what they are doing? Why haven't I moved yet?

I'll try and put things into the Bangladesh perspective. This country is very different - too different to make sense sometimes. It sits at a very interesting spot in the global scheme of things. Mobiles are shit cheap, so is the internet (let's not talk about useless things like speed). And the internet's presence has had its affects on how people acknowledge and accept things. Never have Bangladeshis been this connected. Ever!

People have leap-frogged from one technology stage to the other. Rather than making the logical step of moving from a basic phone to a feature phone, people here are jumping straight to the smarter ones. (It's like they are pressing the 'I'm feeling lucky' button that no one presses on Google search). Imagine a country with 66% of the rural population slowly but surely getting their hands on smartphones. And this is where things get a bit blurry.

Welcome to the era of startups, where every small, medium or enterprise level business, is a startup. Every father is a venture capitalist, each employee a shareholder and everyone has their own sleeping pod at work. From food carts to the next big rickshaw ride aggregator, every known problem that mankind is facing today is waiting to be solved. That wasn't me being sarcastic. I do understand that it's the inevitable. It was rather an overwhelming sense of worry that's been asking me to question how well we as an industry are prepared to handle what's about to hit us.

Creatives today feel that they need to be part of an idea on a deeper level, more involved emotionally and economically, and with a better understanding of its cultural continuity. And the launch of Grey Adventures couldn't have come at a better time. With an aim to work with clients to spin out products and services that surface during the branding and campaign development process, Grey Adventures will be a practice housed inside the group with the focus of developing IP and products for the clients and campaigns.

We have seen great products being developed for brands to meet human needs by agencies that expect their ideas to last more than a Cannes year – provided there is the funding and the desire for them to be kept alive.

Agencies are beginning to understand. And it's not just because they are loosening their creative souls but because of consumer demand for innovation in everything that touches their lives.

That's why Grey Adventures in New York couldn't have come at a better time.

Coming out of the "Life Paint" product they created for Volvo in 2015, this new unit seeks to create products and services which may spin out during brand campaign development.

Grey Adventures will be a practice housed inside the group with the focus of developing IP and products for the clients and campaigns.