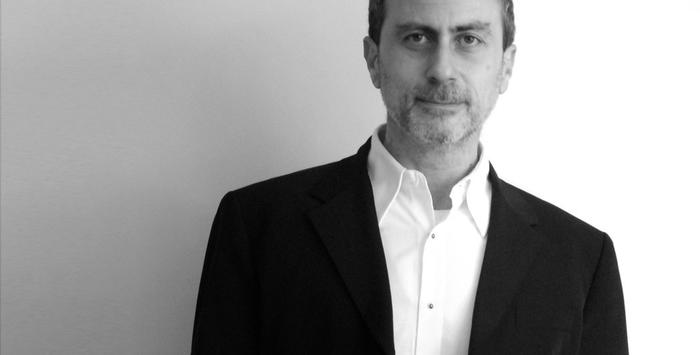 The View from Lebanon

My name is Bechara Mouzannar. I have been the Chief Creative Officer of Leo Burnett Middle East & North Africa since January 2011.

I am based in a vibrant and inspiring city, Beirut, at least when I am not living on a plane. I spend a lot of time commuting to the ten other Arab cities where our agencies are based and our talents are growing.

Since Leo Burnett Beirut was ranked among the top best creative agencies in the world in the Big Won Rankings, I have often been asked the same question: how can a relatively small agency that is operating in a market of just four million people ‘punch so far above its weight’?

This was the question put to me by Patrick Collister.

The answer to this question lies in factors and decisions that are related to the agency itself and to its team’s spirit and drive, as well as in factors that relate to Lebanon as a pioneering country in communication in the region. Here are a few flashbacks.

It’s not how good you are but how good you want to be There was always a tradition of creative excellence at Leo Burnett Beirut and the agency was regularly winning top awards at local ad shows. In 2002, at one of those local festivals where the agency got an impressive amount of golds, my CCO Worldwide at Leo Burnett at that time - and the future founder of the Berlin School of Creative Leadership - Michael Conrad, who was attending the gala ceremony, came to cheer us on and then took me aside,  asking me: ‘Now, do you want to be the number one creative agency in your country or do you want your agency to become the first Lebanese ad agency ever to win a Lion in Cannes?’

In July 2006, the whole of Lebanon was heavily shelled during an unexpected and savage war. It not only devastated the country, its economy and the lives of its people. It also almost ruined the effort during the last five years by the whole team at Leo Burnett Beirut and by the local creative industry to try and take ideas and crafting to the next level.

Clients drastically reduced their communication budgets, several Lebanese creative talents that grew from within the agency, emigrated to Canada and to Europe or found a better paid position in Dubai where the communications industry was booming at that time. For three months, the Beirut agency was broken up since we also had to send a few of our teams to other cities in the Middle East, where they could work safely and interact with regional clients.

The aftermath of the war was terrible. We were back to a prehistory of modern life. The supermarkets were empty and there was no electricity and no internet.

When the main remaining talents of Leo Burnett Beirut re-united again at the agency in October 2006, I wanted to find a common ambition we could share, which could make us overcome the climate of depression and help re-energize our creativity. Why not become one of the top 25 creative agencies in the world? This sounded like a joke at first, in the context of the crisis, but then it grew on everyone.

From an interesting challenge it quickly turned into a real commitment made by the core agency team to make it happen before 2015.

No fail, no win

At that time, the whole industry in the MENA region was still happy to be communicating solely in the traditional media. When we set that ambitious goal to ourselves, we had a different plan in mind, to become a globally respected agency through integrated campaigns based on a strategy of creative innovation. This was rooted in our internal source of inspiration at Leo Burnett - the ‘HumanKind’ approach - that consisted of creating enduring ‘human’ ideas that would engage the people with a brand or a cause, and help change the way they could feel, think and live.

We also established a sacred principle to our goal: to put our best creative efforts into our regular work, on the regular campaigns’ briefs. In partnership with several courageous clients, Leo Burnett Beirut created the first integrated campaign(s) in the whole region, successfully engaging our audiences through new participative channels of communication. We got our first shortlists in Cannes, but our ideas were still not innovative enough to win a Lion.

No fail, no win. We worked passionately to take our ideas on to the next level of creative innovation. But I felt I needed help and education if I was to transform the agency’s organisational and operational structure and understand better the dynamics of the digital/social conversation. So I enrolled in the EMBA program at the Berlin School of Creative Leadership. It gave me valuable tools and methods and a great deal of inspiration. I was happy to share my learnings with my main collaborators every time I came back from one of the modules and to apply it in our regular work. Together with my teams, we considered Beirut as an open city for experimentation in communication and we experimented a lot in our regular campaigns for commercial brands and for the causes that were meaningful to the Lebanese society.

In 2009, Leo Burnett Beirut won its first Lion, a Gold in PR for its women-empowerment integrated campaign, ‘Khede Kasra’, becoming the first Lebanese ad agency to win in Cannes. The campaign garnered several prestigious awards at the One Show, the NYF, the Epica, the Golden Drum where the Beirut-based agency won Agency of the Year, and at the regional shows, the Dubai Lynx and the MENA Cristal.

Since then, Leo Burnett Beirut has won eight Lions at Cannes and three regional titles at the regional shows, a Best in Show at the John Caples’, and more than a hundred international and regional awards. It was named 6th most creative agency in the world in the latest Big Won Rankings, as well as the first agency worldwide in PR and in Media and the third in Integrated.

Yet we know that we have a long way to go in order to be able to win at every single show. No fail, no win. And we keep on thinking that we are only as good as our latest campaign. Our only fear is that the explosive situation in Syria spills into Lebanon, but we keep our fingers crossed that Beirut will remain remains peaceful.

The Lebanese have always been communicators There were also a few facts and factors pertaining to the country itself that had an indirect affect on our goal.

Advertising as a so-called ‘industry’ started to flourish in Beirut in the mid-sixties. Dubai was still a village, the UAE not yet a state and Saudi Arabia did not yet have a commercial TV channel. Egypt, Syria and Jordan were drowned in a direct conflict with Israel.

Beirut with its liberal economy and its ‘dolce vita’ had several headlines to offer to the world and to the marketers of global brands who were looking for a capital for their headquarters in the Arab world.

Happy tourists called Lebanon ‘The Switzerland of the Middle East’. (It was also one of the world’s 10 most important financial centres.) Novels and motion pictures made Beirut ‘the world’s best spies’ nest’. At the time, it was the only country in the Levant to be living in a state of peace, thus able to host Kim Philby among many other double and triple agents and, importantly, giving shelter to the PLO.

Our tiny-sized mosaic-country of religious sects, with its relatively long and charming Mediterranean shore, had always belonged historically to both the West and the East.

The streets of Beirut are trilingual, and you still can feel the genuine and original borderline that gently separates Europe from the Arab land.

By nature, the Lebanese have been communicators since the times of their ancestors, the Phoenicians, who had created the first alphabet ever known by mankind and had been marketing their products on board their boats, founding the first colonies of the Mediterranean.

In the seventies, Lebanese advertising was, in general, extremely informative and promotional, not really idea-centric. Yet, among all the Arab countries, Lebanon was the only one with a genuine ad industry. When the country embarked on a fifteen-year civil war in 1975, the Lebanese ad industry sailed to the Gulf, founding advertising and media ‘colonies’ on virgin advertising lands of sand, in the same way the Phoenicians had moved their power center from their homeland to Carthage.

The success abroad of Lebanese advertising people abroad was not replicated in the Lebanese local market, where political turmoil and security problems made life difficult for almost three decades.

Most of the ad businesses in the Arab region have either been started by Lebanese or are operated by them, with the exception of Cairo, which may have been influenced by Beirut but which always had its own reservoir of talents to draw on. But the Dubai advertising scene, which is today the biggest market in the region, was fashioned by the Lebanese CEOs of the global agencies who set up shop there.

If Lebanon and Egypt are markets where you can feel the layers left by a long history on the local population and hence you can dig for fresh human insights that are shared by all, Dubai and a few other cities in the lower Gulf are markets where the local population constitutes a minority. The weight of expatriates, coming from the united nations of communication, garbles the notion of a core target and makes it very difficult to get to a simple human truth in communication.

This might be why today, the different agencies in Lebanon and Egypt, after having been tempted to mimic the advertising that was coming out of the UK, the US or Germany, have been on a quest for their own identity, looking now to create and craft executions that truly reflect their local cultures.—Bechara Mouzannar, Chief Creative Officer, Leo Burnett Middle East & North Africa