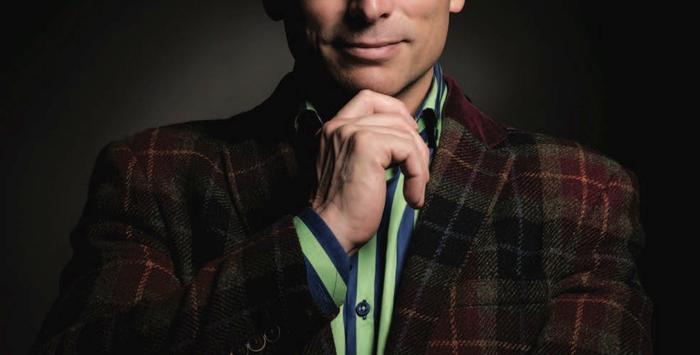 The view from (THE REAL) Moscow

Is the Moscow I live in the same city you guys talk about back in the West?

Your Moscow is a city of mayhem, myth and mischief but the Moscow I live in is ranked the sixth greatest metropolis in the world while it is number one in terms of infrastructure with the best transport, connections, parks, attractions and museums in the world. This from a Canadian survey quoted by both Forbes and Bloomberg.

Do not muddle Moscow with the rest of Russia nor with Vladimir Vladimirovich Putin. All need separate and careful consideration in this vast, leviathan country. The Siberian part of Russia alone wraps around one third of the entire planet. I am talking now about Moscow, which is a part of Europe, surrounded by Russia.

Moscow and the rest of Russia are like two siblings; Moscow is the bright, shiny one who achieved power success and enormous wealth while the other one... err... did not, but who, nevertheless, is full of wisdom, rich in soul and possesses Herculean strength, even as he plants potatoes and cabbages and gathers mushrooms.

They both need and love each other, being of one blood and neither can exist without the other, even as they hurl abuse at one another.

Advertising in Russia reminds us that the world communicates in such a variety of different ways. Many of my former foreign Creative Directors would curse Russian advertising as lacking in big ideas and would wonder why Russia just couldn't do ads like Western ads? Those CDs haven't survived here.

Advertising is cultural and is embedded in language and there is no language quite like Russian for its grip on people's imaginations. Russian poets in the past were literally like rock stars. In the 1960s, while the Beatles were filling up stadiums, Voznesenski was likewise filling stadiums with tens of thousands for his poetry readings. So, while the work in Cannes, Epica and other festivals is phenomenal, they represent one perspective on advertising and Russian creative doesn't perform well there.

Russians are passionate, they love ads bursting with emotion. This can be seen in our agencies recent campaign for Lada Granta (Russia's national car brand). The campaign consisted of a series of short films featuring a key relationship that oozes warmth and leaves many people in tears. Success!

Interestingly Twitter, isn't popular in Russia. It has a small niche following and was described to me by one media director as, 'Too dry and lacking room for Russians to express themselves'. The 140-character format was a handicap for a language that is considerably longer than English.

The Russian ads that resonate most with the western festival judges are on the 'crazier' end of the spectrum.

I recently took a 'tour of the work' at Cannes. Of the ten works singled out by the judges for commentary, two were Russian. The judges said the work had excited the jury as it was utterly off the wall and unlike anything they'd seen

Please see Possible's 'Coffee on the Dark Net' work on page 18 and 'Car Curling' on page 19, a campaign that would not have been possible to do in many countries from a legal point of view.

The latter ad is produced by Russia's most creative and most awarded agency, Voskhod, based in Ekaterinburg. These guys are notorious for another much awarded campaign, 'Make the Politicians Work', reminding politicians of their promises by drawing their faces on the potholes they were supposed to have repaired on the roads.

Interestingly Cannes 2019 opened with Nick Law's dynamite session exploding the myths of 'The Big Idea', saying 'We are hiding behind this mythical and ruinous word, the big idea'.

It's an anachronism in a multi-channel, digital world. This plays right into the hands of the Russians. They never really did 'big idea', but they do excel in digital and leave the rest of the world standing in many sectors. This is where the most interesting work is taking place and where Gen Z is thriving.

Russia has challenged the monopoly of the big portals and created home-made answers to Google (Yandex), Facebook (V-Kontakti), Gmail (mail.ru) and WhatsApp (Telegram). Actually, many of the Russian portals are superior. WhatsApp is not a patch on Telegram (famous for falling out with the world’s secret services over its unhackable security) while Yandex is monitored by my marketing friends abroad.

Sberbank, Russia’s biggest state bank, has a ‘We Chat’ approach to providing an all-encompassing platform for digital services and runs circles around western banks. Its innovative products and functionality are light years away from my UK bank, Lloyds. Sberbank picked up a Cannes Lion for an app that let locals say what was most needed in their neighbourhood, helping to guide business start-ups make the right choices.

Necessity is the mother of invention and Sberbank has developed an independent payment system, ever since the US Senate debated pulling VISA and Mastercard out of Russia. That was bonkers! It makes you question those things once taken for granted or thought apolitical when, suddenly card payment systems, have been ‘weaponized’.

The consequence of this is that many Russian industries are seeking to become independent of the West as it is increasingly seen as an unreliable partner that comes with strings attached.

Underestimate Russia at your peril (and join ranks with notorious leaders who made that fatal mistake, Napoleon and Hitler to name but two). When you’re not looking, Russia will get the first Sputnik into space then the first dog, man, woman, spacewalk, etc. etc. and will beat you all at chess.

While Google makes all the noise, it was Yandex who stole the show at CES 2019 with their driverless car. Friends of mine who buy technology for NASA and Boeing eagerly seek Russian coders, claiming their code is up to 20% shorter than that of their American colleagues (ipso facto less likely to go wrong) though there could well be a heard of goats tethered to the rocket launch site.

You might find it hard to see but I think Russia has much more heart than the west, an ingredient of that intangible mystery referred to as, ‘The Russian Soul’. Russia also does crazy in a bigger way than anyone else, which you either love or hate and which resonates in the famous Churchill quote that, ‘Russia is a riddle, wrapped in a mystery, inside an enigma’.

If you are dealing with Russia, here are two pieces of advice.

Read the last chapter of Turgenev’s ‘Mumu’. You won’t get it at all, the bit about our hero killing his beloved dog. The first time I read it I screamed, ‘Nooooooo … OMG … its senseless!!!’. But after about ten years in Russia, that scene made total sense to me. I can’t explain why.

A family member, who advises Whitehall, uses my ‘Mumu’ test, and claims it’s been a significant help in getting things into perspective.

The second advice, given to all foreign film directors who come to make commercials with us, is make a plan, eliminate all the logical outcomes and then fully expect to end up somewhere among all the random WTFs. Time and again after shooting they say, ‘That advice, it was perfect’.

But Moscow is a place that needs to be felt and sensed, and is bursting with energy. You will never really get anywhere near to understanding Moscow, nor Russia, until you get away from the headlines and come in person. Everyone who visits has nothing less than a complete epiphany. Once you’ve seen the city for yourself, then the Moscow you talk about and the Moscow I live in will be one and the same place!

Lada is a legendary brand and in Russia the Lada Granta is one of the top three best-selling cars. However, it is cheap and is regarded as a workhorse, not a dream car.

However, research showed that people were losing trust in ads. They tended to believe in stories told by real people. The idea, then, was to tell true-life stories about real people who kept their promises. Stories that got under the skin and into the heart of our audience and caused the unprecedentedly warm response.

The ad told of a Dad who promised his young son he would take him to see the sea. Despite all the pressures of modern life, in the end the promise is fulfilled but with a twist. It is the boy who takes the father to the ocean.

VTR and CTR were 2-4 times above market norm and the average viewing time was 75%, 3 times greater than the 30" benchmark defined for video of automotive segment.

Title: Coffee is not a drug

In Russia there was the widely-held belief that coffee was bad for you. The idea was to use irony to tackle the perception and sell coffee as if it was a product on the 'black market'.

This was how coffee brand Chernyi Black became the first legal product to be advertised on the dark net.

Using Tor, a network that lets people access sites not available on mainstream browsers and remain anonymous, Chernyi Black was positioned as a little like an illegal drug.

Traffic was directed to an online shop (where shoppers were anonymous) through flyers in nightclubs, banner ads on Tor and postings on Facebook showcasing real characters from the Moscow underworld. Users could pay with Bitcoin or Qiwi to receive the co-ordinates for a physical shop in Moscow where they could pick up their stash of Chernyi Black.

Over 300 opinion formers wrote about Chernyi Black on Facebook, reaching about 1.5 million people on the first day. Some 1,000 new customers were acquired as a Russian coffee was transformed into an international specialty brand. The number of coffee subscriptions tripled. ROI was over 2000:1.

50 car accidents were set up in just two hours in a game of car curling. It was like curling but rather than use stones on the ice, Smartpolis used cars instead.

In two days, more than 10,000 stories appeared in news media, blog posts and social media with a total reach of one billion people.

There was zero media spend and the campaign boosted website traffic by 700%. Smartpolis' customer base increased 23%.

In Russia, it was a time-honoured tradition that if a house was to be a happy home, then a cat should be the first to cross its threshold. Sberbank, the largest bank in Russia wanted to show that although it was big it was also innovative and focused on its customers' needs.

Any Sberbank customer who arranged a mortgage for their new apartment or house could arrange to have a cat delivered to the address. Once the cat had entered the new abode, its new owners could move in, knowing that the bank had done everything possible to ensure their happiness. Cars and vans began on Moscow streets branded Sberbank Cat Delivery Service attracted attention and helped drive traffic to the website and to the YouTube film.

Over one million views of the video.