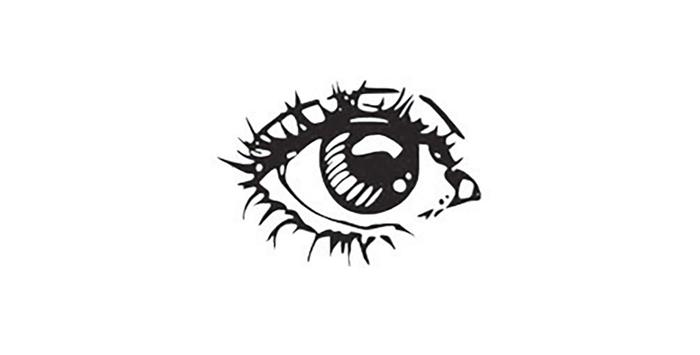 A review of 'Look Out', an important new book from Orlando Wood, Chief Innovation Officer at System1 Group and Honorary Fellow of the IPA.

'Look Out' is Orlando Wood's follow-up to 'Lemon', also published (expensively at £50) by the IPA.

Both books owe a debt of gratitude to psychiatrist and neuropsychologist Dr. Iain McGilchrist, whose work has given new respectability to left-brain/right-brain theory.

Originally conceived by Roger Sperry, who won the Nobel Prize for it in 1981, split-brain theory argued that the two hemispheres of the brain did very different things. The left hemisphere is home to lists, language and logic. Left-brained people prefer numbers, are into facts and are analytical by temperament. Right-brained people are more intuitive. They are more visual, more creative.

Though neurologists discredited the theory pretty much from the start, I've seen clear evidence of the divide in every agency I've ever worked in.

Left-brained planners, for instance, make their way methodically through all the data to arrive at a conclusion. Creative people leap to conclusions. Often they leap to the wrong conclusions before ending up at the same place at about the same time as their more deliberate colleagues.

McGilchrist has rescued the theory, evolved it and made it central to his explanations of how our world is changing, not necessarily for the better. His RSA Animate video, ‘The Divided Brain’, (https://www.youtube.com/watch?v=dFs9WO2B8uI) has had over two million views.

His big question is, “What would it look like if the left hemisphere came to be the sole purveyor of our reality?”

Wood argues that in advertising, this has happened. The left brain has taken over and the result is a flood of extremely poor ads, which are imperilling advertising itself.

His thesis is explained perfectly in a metaphor, which would probably be better sited in his preface than in the epilogue.

One morning, when writing this book, I felt the need to go for a stroll. A woman walked past me in the street with her dog. Suddenly, the dog jumped up at me and started to bark, straining at its leash; its owner pulled it away. ‘Sorry about that,’ she said, ‘he’s normally fine – it’s the cone.’

‘It’s the cone,’ I reflected. The dog was wearing a veterinary cone. When a dog wears a cone, it can become fearful and aggressive, in large part, because it is denied its peripheral, broad beam attention. And there it is: with the narrowing of attention, comes detachment, fear, aggression, and the urge to dominate.

Humanity has, without doubt, taken a great technological leap, and it has brought benefits in a great many areas. But while technology has enabled businesses to do things more quickly and cheaply, it has also made business more transactional. While it has made some forms of communication easier, it has also thinned out communication. While it has brought people together, it has also driven people apart. It has made us linear and analytical in our thinking habits, fostered a rigidity in thought and body, promoted solemnity and driven out laughter. It has caused us to turn inwards.

This is where the IPA has skin in the game. Wood provides evidence to show that emotionally-charged, right-brained advertising works better than more rational, staccato and product-centric ads. This perfectly mirrors IPA anxiety that long-term, brand-building advertising has been sacrificed for short-term, digital brand activation.

It’s not so simple as left-brain bad, right-brain good.

Just as you, the reader, rely on both hemispheres to a greater or lesser extent when processing any task, advertising relies on both too.

The IPA advocates a split of 70% brand-building activity to 30% lower-funnel, more promotional activity. Adspend in this time of Covid across the board is probably the exact opposite of that, closer to 30:70.

However, now we seem to be inching our way out of the pandemic, ‘Look Out’, is a clarion call to advertisers to return to this ratio. To swing the pendulum back from obsessive promotion towards persuasion.

And Wood admits as much. As is so often the case, he finds it easier (and probably more fun) to describe the problems than the solutions.

He observes how technology is turning us all into introverts. But wearing his historian’s hat, he shows us that this has happened before.

Just as the invention of the printing press led to the Reformation and the rise of the printed word (left-brain) at the expense of visual art (right-brain), social media today is

giving us cancel culture. Our circles demand we think the same rather than debate openly.

The paradox of the smart phone is that while it is supposed to connect us more easily, it seems to be alienating (young) people. I was particularly struck by one of Wood’s 370 footnotes, quoting Hannah Arendt’s study of totalitarianism. “For those who feel they have no place in society, it is through surrendering their individual selves to ideology that the lonely rediscover their purpose and self-respect.”

One of the consequences of this surrender is the disappearance of humour.

This is because society has become “rigid, mechanical, fixed and literal.” Intriguingly, though, Wood suggests that the complete absence of funny ads from our TV screens may also be down to something else. The increased neurosis of the people who actually create the ads. He quotes unpublished figures that tell of nearly a third of all UK advertising people suffering from anxiety and depression.

Sir John Hegarty once said ‘the copywriter is dead’.

Wood’s problem is that the copywriter is very much alive and kicking.

Gloriously, he finds support for his argument in Oxford Street’s Christmas decorations.

Angels and trumpets have given way to single-word commands like TWINKLE.

They create long-lasting fame and are more likely to influence spontaneous purchase, which is central to Byron Sharp’s thesis in ‘How Brands Grow’.

Don’t run ads where the people depicted stare aggressively into the camera lens.

Don’t have quick cuts of different people, whose expressions we can’t read.

Don’t have too many titles over the video.

…look at the great brand-building work of the 80s and 90s.

They knew how to do it.

This, I think, is the Achilles’ heel to Wood’s work. He quotes Sir John Hegarty again. “We’re unique as a creative industry in having very little regard for what’s gone before.”

But no-one wants to go backwards to go forwards.

Besides which, it’s almost impossible to get the sort of ads I was writing twenty-five years ago in front of millennials today.

Even if an ad gets through their formidable lines of defence, it doesn’t matter how sweet-natured or funny it is, it’s an ad. It’s crap. The fact that so much advertising is bad (shouty, irrelevant and insults the viewer’s intelligence) has persuaded them that all advertising is bad.

I put a reel of 15 funny commercials from the 1980s up on Youtube and posted about it on Linkedin. It got an amazing response but most of the comments were from duffers of my generation.

One sharp observation was that humour hasn’t disappeared. It’s just moved into GIFs.

And therein is the dilemma.

Advertising has changed. And continues to change. Despite TV spend being up in 2021 on 2019 numbers, it is in gradual decline. Video on digital platforms is booming. But it works differently.

The traditionally-constructed 30-second playlet with the punchline or big reveal at the end just doesn’t hack it. Look at one of the most awarded UK commercials of 2020, Mother’s ‘Silence the Critics’ ad for IKEA (https://www.youtube.com/ watch?v=w0EKS2YfLc0&t=10s). The film opens on a woman sitting on a sofa. The camera tracks in on her. Cut to a shot of a text on her mobile phone, Dinner at yours

tonight? Cut back. Continue to track in. Silence. Exactly 10 seconds in, there’s a dramatic musical note. A shot of a rabbit tea-pot animating. All very interesting except 99% of all viewers skipped four seconds ago.

By the way, ad agencies still shoot their ads in 16x9 landscape format even though vertical video now rules.

Personally, I’d love to wind the clock back. I won awards for the sort of work Wood is advancing. Ads that were involving, with characters the viewer could warm to and tunes they could hum. One of my ads, selling milk, ‘Accrington Stanley’, can still be recited word for word by almost anyone in the UK aged between 40 and 50.

Thirty-five years later, I can still turn it out.

And I’m heavily available for freelance.

I totally get what Wood is saying, that if brands are still making commercials they should be making ads that people warm to with characters we can empathise with and songs we can sing to and colour grading that favours sunny hues over steely blues and greys. But I’m not sure that holding up Heineken “Poet”, 1982, (https://www.youtube.com/watch?v=g0RuPis8eAk&t=70s) or Barclaycard “Snakebite”, 1991, (https://www.youtube.com/watch?v=1OFT4PoPQyU) as exemplars of five-star creativity is going to motivate any creative department today.

His summary of how to create great brand advertising (page 168 if you want to skip straight to it) is a brilliant analysis of how it used to be done and occasionally still is. I’m thinking of Cadbury’s enormously emotional “Mum’s Birthday” (https://www.youtube.com/watch?v=TfMt3HN8tuY) or John Lewis’s “Tiny Dancer” (https://www.youtube.com/watch?v=iJusYpSLVSw) or even the meerkats of Comparethemarket.com.

The consumption of these mini-masterpieces is passive. Whereas digital now allows the audience to become active participants in the creative idea. I’m thinking of Volkswagen’s “No Show Room” (https://www.youtube.com/watch?v=JTy57MzYlk8). A new four-wheel drive Passat was hidden somewhere in the frozen North. Videos in Instagram, Facebook and within Google display ads gave clues as to where the car could be found. TV ads simply raised awareness of the competition but all the activity was online.

Leo Burnett Moscow’s campaign for Hasbro’s Trivial Pursuit is both. Again, a competition (brand activation), but every engagement requiring contestants to answer Trivial Pursuit questions. Rather than one TV ad, there were lots of little videos showing the consequences of getting the answer right (nice double bed with fluffy pillows) or wrong (camp bed, one meagre blanket). (https://www.youtube.com/watch?v=Wp6TzTLOTYI)

The sort of work we love to showcase in Directory.

No actors, but real people. Not talking at audiences but creating communities. Getting people to talk to each other. Inviting people in. Using Wood’s own words, these are brands “putting on a show” but hoping for more of a response than a laugh.

I have nothing but admiration for Orlando Wood. He is the modern Renaissance man. Writer, watercolourist, musician (https://www.youtube.com/watch?v=twrhrNOhYAI), film-maker and philosopher, his books have stimulated an important debate.

I just happen to think that brands today can and do build powerful emotional connections by doing interesting things rather than saying stuff.

And it seems strangely old-fashioned to think that creating awareness and driving sales are mutually exclusive.