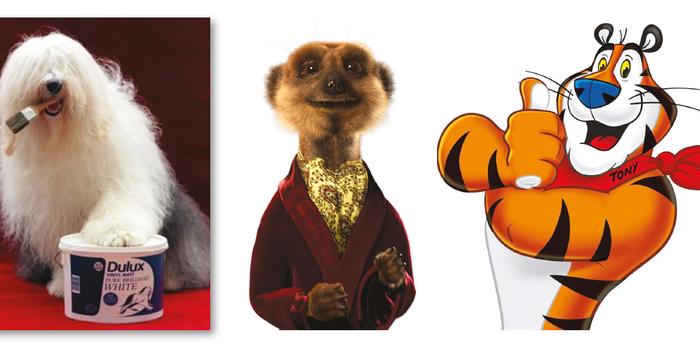 Creativity. It’s a word with many meanings and used in many contexts. Today, I want to examine what it means in the context of advertising, by which I mean all forms of publicity, paid, earned and owned, design, events, and merchandise.

And certainly including, by no means least, paid-for advertising.

So what does creativity mean today in advertising? More importantly, what do we want it to mean? And what is its connection with our main concern this week, effectiveness?

Rosser Reeves derided it as meaningless and dangerous. David Ogilvy pointed out that it wasn’t in the Oxford Dictionary and called it ‘a high falutin term for “the work I have to do between now and next Tuesday”. Even Bill Bernbach, who did much to popularise the word, had second thoughts: ‘I fear all the sins we may commit in the name of ‘creativity’. I fear that we may be entering an age of phonies’.

I think that was prescient, because much of what the word signifies today fills me with concern, if not despair.

But let me begin on a positive note. Here is a concise, 30 second example of what I think creativity can and should mean in advertising, and I don’t care if it’s almost fifty years old: it is a commercial written by the late John Webster for a Schweppes-owned fizzy drink called Cresta. (On YouTube at https://youtu.be/K2NQbycqkLM.)

This for me is creativity in advertising, and I can say why. It is beautifully crafted, imaginative, and entertaining. It is a fully realised performance, embodied in sound, vision, and time. Its quality lies in the detail and in the sum of the details, not in some abstract idea. It’s an aesthetic, sensual production, not an intellectual one.

It is original, in the sense that it is not quite like anything else. But equally, it borrows and combines many elements of things that already exist: the talking polar bear, the classy cartoon, a well-known song with adapted lyrics, a recognisable parody of an Elvis-style singer with backing trio, as well as the classic ad format of a presenter talking, or in this case, singing, about the product. It does not come out of nowhere, nor does it turn the world on its head.

Like most things that achieve popular success, as Derek Thompson shows us in his wonderful book Hit Makers, it combines just enough novelty with a great deal of familiarity. What matters is not how “original” it is but how good it is, how enjoyable, how distinctive.

Perhaps above all, it is popular.

Advertising serves no purpose unless it’s popular. Why does this matter so much? Because the long-term profitability of so many businesses depends on the strength of their brands, their resilience to competition, their longevity, their ability to command sometimes remarkable price premiums.

As Byron Sharp has, I hope, convinced many of us, brands grow through maximising a simple combination of mental and physical availability.

To put that in more homely language, brands succeed, endure, and prosper by becoming and staying famous, very much as celebrities do. As Jeremy Bullmore put it: ‘The only thing that successful brands all have in common is a kind of fame.’ And the principal role of advertising is to help them achieve this.

Advertising has never been separate from or very different to the worlds of entertainment and popular culture. And advertising itself has always used all the tropes and devices of show-business: song and dance, humour, characters, drama, talking animals, cartoons, sex appeal. All of which, incidentally, are somewhere in those thirty seconds of Cresta Bear.

But agencies and clients alike have frequently been desperately uncomfortable with this reality. They have wanted advertising to be a matter of rational persuasion, a high-minded profession that gives simple facts. They have struggled to distance themselves from their real antecedents, the sometimes disreputable but lively carnival world of the mountebanks, the medicine shows and Phineas.T Barnum.

So for many years, most clients, and some influential admen too, heartily distrusted what came to be known as ‘creativity’ in advertising, seeing it as self-indulgence by agencies which interfered with the serious business of communicating selling propositions, consumer benefits, and reasons why. Agencies like the one I used to work for used a range of skills to smuggle the singing bears and dancing chimps and all the other nonsense past the clients’ resistance, in the belief that advertising that was popular and enjoyable was generally much more effective than the boring kind, though even we couldn’t articulate that belief as well as we would have liked. The frivolous world of entertainment appeared so very disconnected from the serious world of selling and business.

But today we have more evidence than we did then that we were right. We now understand much better the psychology that explains why such apparent fluff and nonsense really helps to build profitable, sustainable brands.

We’re familiar with the importance of mental availability and with the affect and fluency heuristics which Orlando Wood has written about in his book Lemon, and the empirical work of Les Binet and Peter Field based on the IPA Effectiveness database that shows what kind of advertising really works best in the marketplace.

This confirms that advertising builds brands not so much by rational persuasion or sales arguments but by creating more, and more positive, mental associations for the brand.

One important element in this process is the power of emotion. And another is the use of distinctive brand assets, which are instantly recognisable and not mistakable for anything else.

These assets can be slogans or jingles and they can be visual images like the Dulux dog or the comparethemarket meerkats or characters like The Jolly Green Giant, Tony the Tiger, or the Pillsbury Doughboy.

For decades, the surest and commonest way to create campaigns and properties which become distinctive, likeable, and famous, has always been by using the devices of popular entertainment.

Ed Catmull’s book, Creativity, Inc., is a brilliant description of what the word means at Pixar: a process of collaboration, emergence, attention to detail, endless patience, and a constant focus on the audience.

Yet creativity, as the word is used in ad agencies today, generally means something very different from this. Creativity, in practice, has long been defined as what wins creative awards. A long time ago most ads that won these awards were also popular.

Cresta Bear won awards. Even then, though, not all ads that were popular and effective won awards but today popularity largely disqualifies an ad from winning a creative award, as do any of the devices or ‘distinctive assets’ which create fame and popularity – slogans, characters, dramas, jingles, talking animals, singing bears.

All those are vanishingly rare in today’s advertising, not because they no longer work but because they’re just so unfashionable, so uncool! So ‘popular’!

Of course, we’re not meant to say this. ‘Creativity’ has long been fetishised as indefinable, and therefore undiscussable. So it remains safely whatever the creative director or the awards jury want to believe it is.

The language used to describe it is typically violent and aggressive: DOES IT FEEL FRESH? RARE? BLOODY? DOES IT KICK STATUS QUO IN THE TEETH, HOOF CONVENTION IN THE NADS & POKE ORDINARY SHARPLY IN BOTH EYES?... CAN IT LIVE, BREATHE AND KICK ASS IN EVERY CHANNEL? ...IS IT A LITTLE SCARY? WILL IT MAKE ANYONE SAY –F*#K I WISH I’D DONE THAT!? ...

Behind the juvenile machismo of the metaphors, this text remains remarkably vague about what creativity in advertising actually means. It shows no interest in whether the campaign is well crafted, entertaining or emotionally engaging, or if anyone outside the advertising village will understand it, like it, or remember it.

In my forthcoming book, Why Does the Pedlar Sing?, I consider the possibility that we could stop using the word creativity altogether. Personally, I’d be happy with that: but I don’t think it’s going to happen. So if we and our clients are now going to double down on setting up ‘creativity programmes’ and ‘creativity taskforces’, it’s urgently important that we make the right decisions about what we want the word to mean.

This is my manifesto for Reclaiming Creativity:

Creativity in advertising is a process of imagination and artistry resulting in campaigns that are popular, enjoyable, and famous, which is basically very like the creativity of the popular entertainer.

This kind of creativity, far from being somehow opposed to advertising effectiveness, is in reality essential to it. And unless clients and agencies understand that this is central to their task of building sustainable, profitable brands, we will indeed continue to live in an age of phonies, one far worse than anything Bill Bernbach could have imagined.

Paul Feldwick spent his entire advertising career at one agency. He joined BMP in 1974 and as the agency morphed into DDB, Paul also transitioned from Account Planner to Worldwide Brand Planning Director.

Over those 31 years he has helped create and nurture more award-winning advertising campaigns than all but a handful of individuals in the UK industry.

His first book, “The Anatomy of Humbug” was described as a “seminal read” as well as “informative, thought-provoking, eye-opening, constructive AND extremely well-written.”

His forthcoming book, “Why Does the Pedlar Sing?” promises to be all of the above and more if this digest of its contents is anything to go by.

This article was originally delivered as a talk at the IPA’s Effworks Global 2020 conference in October and can be viewed here: https:// vimeo.com/465317830

Feldwick spent his career at BMP, later DDB BMP, working with the late John Webster who created many much loved ads for brands including Cadbury’s Smash, Hofmeister Lager and Quaker Sugar Puffs.