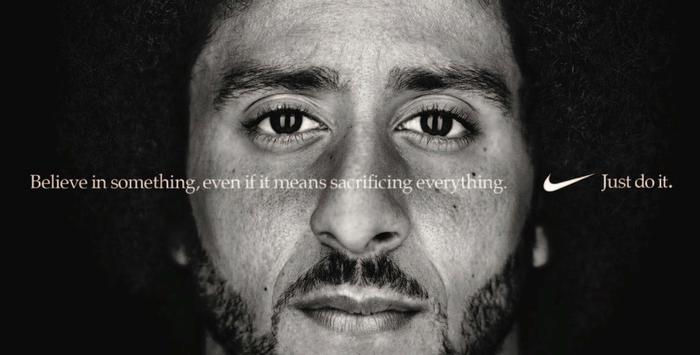 Are we watching the bonfire of the brands, I wonder?

Havas research would have us believe that if 81% of all brands were to disappear, no-one would notice.

Meanwhile, the IPA warns that advertising is becoming less effective because marketers are in search of quick fixes rather than thinking about long-term brand health.

Peter Field and Les Binet, the gurus of advertising effectiveness, have been advising a 60:40 split. 60% of the marketer's ad-spend should go on emotional, brand-building, mostly TV/video advertising and 40% on promotional activity of one sort or another.

In the time of Covid, fat chance.

Even before the pandemic, the ratio was horribly out of kilter. Across all advertising, 75:25, perhaps. And now, with companies desperate to keep sales ticking over, who knows? 85:15?

It will almost certainly get worse. With a recession taking shape, CFOs are going to be brutal with their CMOs. There will be less money but no lessening of demand for results. Or else.

Blame the banks, that's what I say. When they took us to the wall in 2008/9, a business culture took shape in which there is little room for experience, instinct or even the art of marketing. Science rules. The maths men stalk the halls. And, as Rory Sutherland has pointed out as often as he can, these are people who have mistaken efficiency for effectiveness.

Fascinatingly, left-brain thinking is evident not just in what marketers are doing now but in how they do it.

In his book "Lemon", Orlando Wood shows that right-brained ads tend to be warm, funny, built around human relationships. They tell stories. Classic brand advertising, in fact. There were a lot of them in the 80s and 90s.

Remember Heineken 's School of Street Cred? The water in Majorca don't taste like what it oughter?

By contrast, left-brained ads are staccato. They have rattling music and get the message across in titles superimposed over fast-cut images.

And that domination is extending. In lockdown, the acceleration to digital media has been foot to the floor. This, of course, is because most marketers still tend to think of digital as where they do their direct marketing. Telly is for brand.

Short-termism rules. And not just because companies can't afford to wait for the economy to bounce back. The whole issue of brand-building through brand purpose is making life very tricky for marketers, so tricky they'd rather avoid it.

At Cannes Lions in 2019, the (then) new CEO of Unilever, Alan Jope, talked about brand purpose. "Purpose," he said, "... done properly, done responsibly... will help us restore trust in our industry, unlock creativity and grow the brands we love."

He went on to warn his audience that "There are too many examples of brands undermining purposeful marketing by launching campaigns which aren't backing up what their brand says with what their brand does."

Bucking the trend, you'd think, is the brilliant Nike ad from Wieden + Kennedy, "YOU CAN'T STOP US".

Why does it worry me?

It's the woke thing. What Jope said was that brands that posture cynically around a social issue of one sort or another threaten to further dismantle trust in brands.

Surely, though, Nike has credibility here?

"Dream Crazy" was a campaign built around Afro-American football star Colin Kaepernick, who 'took the knee'. The brand's call for openness and diversity in society led to a $6 billion increase in the value of the company and to a 31% lift in sales.

Except that seven months later it was Kaepernick himself who drew attention to a new Nike product that was at best gauche, at worst offensive. A pair of trainers featuring the Betsy Ross flag, the flag of the original 13 colonies. All of which practised slavery.

After "Dream Crazy" came "Dream Crazier", a video celebrating women in sport. Wieden+Kennedy claim 88 million views and the best performance of a Nike ad on Instagram ever.

Shortly after it was launched, Olympic athletics star Allyson Fox went public to protest that Nike were "penalising" her for becoming pregnant by reducing her sponsorship payments by 70%.

You have to see this piece of advertising in the context of Black Lives Matter.

On May 25th, George Floyd was killed by white Police Officer Derek Chauvin. The protests in Minneapolis spread to many other parts of the world.

Compare and contrast with events in Paris in April 2019.

You may remember, Notre Dame cathedral caught fire. No-one died but great damage was done. Within 24-hours Bernard Arnault (of LVMH Moët Hennessy) pledged €100 million. Almost immediately Francois-Henri Pinault (owner of Gucci among other luxury brands) pledged the same. Within a week $1 billion had been donated.

You can see where I'm going, can't you?

This is the FT on August 4th: "Black employees at Nike object to company's new ad. A group of black Nike employees voiced repeated objections to the...recent ad... asking management to publicly acknowledge the company's own internal shortcomings."

They allege a lack of senior black managers as well as a shortfall in the numbers of black and Latin workers.

In other words, Colin Kaepernick's "Dream Crazy" was just another ad. Or, in Jope's parlance, Nike is polluting purpose. Saying plenty but doing little.

As a marketer, what incentive do you have to look for a purpose if all you're doing is inviting forensic scrutiny of your company?

If Nike can't pull it off, what chance have you got?

Firstly, maybe we should redefine the word 'purpose'.

It seems to mean any brand positioning or mission that is politically left of centre.

In "The Empathy Delusion", authors Andrew Tenzer and Ian Murray explain that it's because advertising and marketing professionals are left of centre themselves.

This is dangerous ground to tread.

You can't build a brand on values your customers don't share.

So, while a brand that positions itself around LGBTQ inclusivity may go down well in London, Sydney and New York, it ain't gonna mean much in Maidenhead or Milwaukee.

No, purpose means standing for something, even if it alienates the agency's creatives.

Take Protein World. They ran an ad asking, "Are You Beach Body Ready?" and 50,000 people petitioned for it to be removed. But because there were more people who thought this was PC madness or who were anti-feminist, sales went up £1 million in a week.

I'm not suggesting you find a divisive issue and peg your brand on the side of bigots.

What I am suggesting is you think very hard about what ordinary people care about and start caring about those things too. Especially now.

When Barilla sent in Roger Federer to play rooftop-tennis in lockdown with two Italian girls, they did everything Orlando Wood wants in brand communication. Lots of heart, big emotion and 22 million views in two weeks.

Other brands that seem to be getting it right include Dove (with "Courage is Beautiful") and IKEA (turning their catalogue into a fun puzzle/colouring book for lockdowned families). But the brand that hasn't put a foot wrong is Lego. You know you mean something important to people when even the government asks for your help, as it did in the UK, getting Lego to make a video urging families to stay safe. Or in Canada, where Prime Minister Justin Trudeau's speech to children about the crisis was delivered by a brick minifigure.

Lego's brand positioning at the moment? Rebuild the world.

Relevant and timely, that's purpose for you.