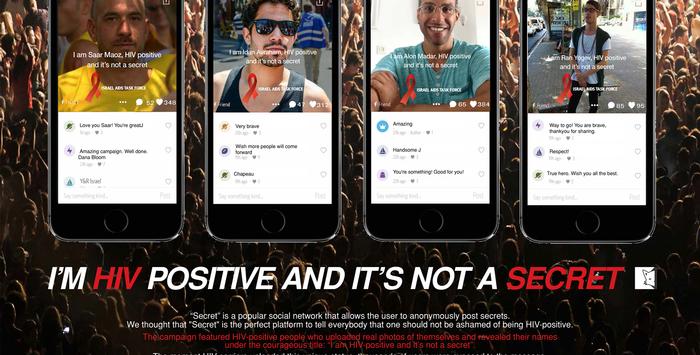 I am HIV-Positive and It's Not a Secret. In the summer of 2014 the social network "Secret" took Israel by a storm – Secret was an app that allowed people to share posts anonymously without revealing their identities. But every social network has its dark side. Secret soon became a space where people spread ill-intentioned secrets about anyone, without being held accountable. One of the worst — outing HIV Positive Carriers against their will.