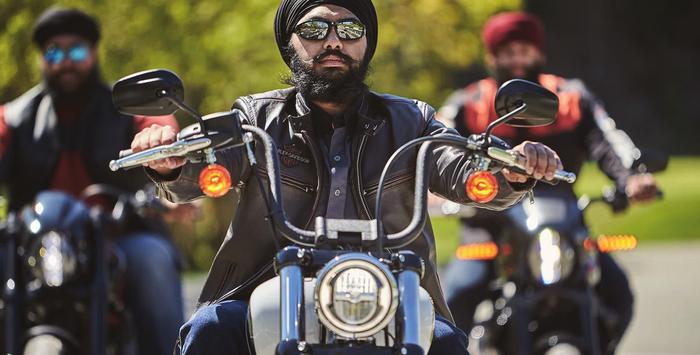 All Sikh men are required by their religion to cover their heads. Sikhs who ride motorcycles are forced to choose between their beliefs and their safety. Even though the Ontario government passed legislation that exempts Sikhs from having to wear helmets, the question remained: How could they ride safely?

Tough Turban was a marriage of ancient traditions and high-tech. Working with designers experienced in 3D printing and bulletproof clothing, about half the fabric was normal turban material but the outer layers included Dyneema, a 3D-printed, carbonfibre version of chain mail and non- Newtonian foam that hardens on impact.

Three manufacturers have reached out to explore large-scale production and British Sikhs were inspired to ask their government to re-examine turban laws.

The campaign has accumulated 238.8 million earned impressions and an advertising value of $2.19 million.

Sikhs have long pointed out that they weren’t made to wear helmets when they fought in the first and second world wars so why are they discriminated against when it comes to riding motorcycles? Here’s Harley-Davidson stepping in with a solution to the dilemma and managing to score several points with one initiative. Firstly, they’re demonstrating inclusivity. Secondly they are making a statement about road safety. Thirdly they come out of it as innovators. This is how you build a brand without spending a cent on TV advertising.