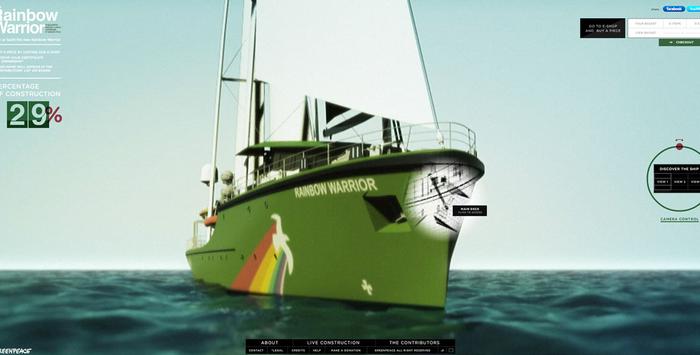 Since 1978 the Rainbow Warrior had allowed Greenpeace to gain numerous victories in their struggle to protect the planet.  However, the ship had reached the end of its natural life and the organisation needed a new ship, purpose-built for the significant challenges that lie ahead.

The problem was that Greenpeace does not accept donations from governments and corporations. To raise funds for the new ship, Greenpeace had to reach out to ordinary people around the world and get them to contribute.