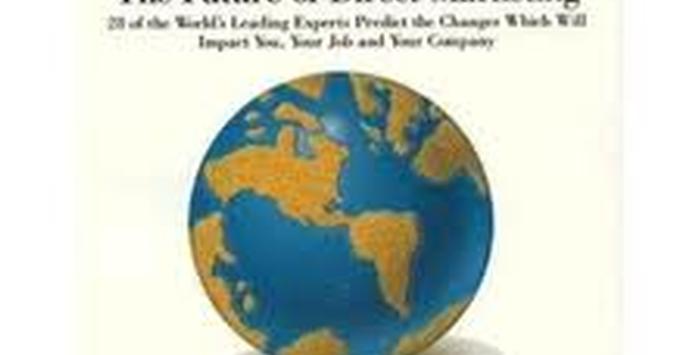 Welcome to the future - but is it all the marketing gurus promised?

Silver suits. Jet packs. Holidays on the moon. In the 1950s, ’60s and ’70s, the future was looking good. Sadly, it’s not quite worked out to be the Buck Rogers utopia we were promised. OK, the internet and mobile phones might have wowed my grandparents if they’d lived to see them. But it’s just as likely they would have been utterly confused by the information overload.

For some reason, the marketing sector has always been awash with gurus ready (for a fee) to predict what the world of tomorrow will look like.

For any marketer looking to make a name for themselves, it’s an easy bet: lay out a vision of the future with conviction, preferably in a book. Give it a title that echoes the daddy of them all, Alvin Toffler’s Future Shock. Then wait for the lucrative invitations to conferences and consultancy sessions to roll in.

That’s all well and good. But what happens when the years pass and some smartarse decides to see if the gurus really knew something the rest of us didn’t? Well, I’m that smartarse – and here’s what I found…

Do it by the book

Recently I picked my way through a number of books, published between 1986 and 1995, to see what their authors thought lay ahead.

One whose title reeked of conviction was 1993’s ‘The One-to-One Future’ by Don Peppers and Martha Rogers. A key theme centred on the word ‘discontinuity’ which Peppers and Rogers used to describe a leap from one way of doing things to a completely different approach. Technology, they argued, would change things completely and we could wave goodbye to ‘mass production, mass media and mass marketing’.

Their future was dominated by tailored individualised messaging delivered – and this is the crucial angle – by cutting-edge technologies such as ‘Video Plus’ (which could record an infomercial broadcast on a cheap obscure TV channel at 3.45am) and software that would allow computers to read faxes. In fact, fifteen pages of the book are spent exploring the potential of the fax machine and ‘fax-based dialog programs’.

Seventeen years later, this reads like a recommendation to use Morse Code as marketing medium. Sure, the principles that Peppers and Rogers promoted – innovation and tailoring a message to its most receptive audience – have stood the test of time. But if you had sunk your money into the types of technology they recommended, you’d probably be blowing your harmonica under a bridge somewhere these days.

Let’s turn our attention to another confidently-titled tome, ‘Beyond 2000 - the future of Direct Marketing’ edited by Jerry Reitman and published in 1995. To me, 1995 seems like last Wednesday. Surely then, Jerry and his co-contributors to this book had a fair inkling of what lay ahead?

To be fair, there is a sense that technology was opening up an exciting new future for marketers. But this wasn’t a future we would fully recognise today. Contributor Donald R. Libey* described ‘Virtual Reality Marketing’ as ‘…perhaps the most significant marketing advance ever.’ Libey conjured up a future where house purchasers wearing a fetching helmet-and-glove combination could wander through virtual versions of houses for sale, looking left and right, up and down, interacting with an environment without actually being there.

Of course, we know that this has happened, albeit in a far simpler form. Every estate agent showcases their goods on property websites - but without the predicted whizz-bang 3D helmets.

The future has turned out to be just as technologically complex as was predicted - but not in the way predicted. Mobile phones, the devices now central to everyone’s life, simply did not figure in cutting-edge marketing thinking of the early ’90s. Some pundits got close; but most missed the real pot of gold that mobile communications have created.

Another contributor - James R. Rosenfield - got tantalisingly close to describing what smartphones have achieved:

‘Financial services firms should closely monitor the new interactive media, where computers, telephones and video will ultimately converge into a single household unit (the fiber-optic based “information superhighway”).’ Note the word ‘household’. Despite mobile phones already being in widespread use, there was absolutely no sense of their power and potential.

But perhaps the biggest shock lies in the indexes of the books reviewed. Amazingly, words like ‘internet’, ‘digital’, ‘online’, ‘website’ or ‘mobile phone’ don’t receive a single mention even as late as the mid ’90s.

So the tools that actually became the essential link between consumers and corporations of every size were completely ignored.

Lessons to be learnt

So what can we learn by smugly looking back?

For me, the key lesson is that hype around today’s funky technology should always be taken with a pinch of salt. At the same time, we should be very cautious about dismissing what seems unpromising at first sight.

When digital cameras and mobile phones first appeared, they were more expensive and utterly inferior to standard cameras and landlines. But they didn’t stay that way. Conversely, Virtual Reality was seen as the way of the future; before long however, it was rotting on the gizmo scrapheap alongside Citizens Band radio and 8-track tape recorders.

Interestingly, while VR and CB didn’t make it to the promised land, they did drop significant hints at what lay ahead: for example, the world’s appetite for individual broadcasting (hello Twitter and blogging) plus on-the-move communication with friends and strangers alike (take a bow mobile phones and social networking).

So while specific technologies can fall short, general instincts can be right. The pattern seems to be this: a radically new technology appears and pushes the world in a direction that couldn’t have been predicted; conventional thinking initially dismisses it as just a novelty for kids (texting, online gaming and Facebook all spring to mind) before finally waking up to the possibilities.

Alternatively, marketers desperately try to keep ahead of the curve and bet the farm on a dead-end technology like WAP.

Ultimately the real future is impossible to know and luck is as important as insight.  Maybe the best bet is simply to hedge one’s bets as Hugh Oram did in 1986’s The Advertising Book, when he said: ‘Will the written word be banished in less than a century….Or will the present vehicles for the printed word be transmuted into new variations not as yet invented?’

Back to the future?

The world doesn’t go backwards. After steam, we never went back to wind and horses. Calculators killed off abacuses.

So one well-known Dublin marketing professional* may have been a little off the mark in 2005 when he stated (in print): ‘I do believe that SMS and Internet will become boring to young people in the not too distant future. In ten years’ time I think people will probably go back to writing handwritten letters.’

There’s still five years to go before the deadline for this prediction. Perhaps Facebook’s 500,000,000 users will actually change their status radically in that time.