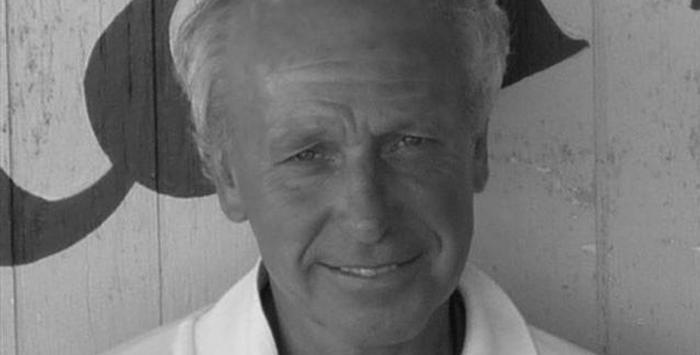 They didn’t call it creativity

In being streetwise and tuned in to the popular culture of the time, they transformed advertising. Out of relatively small businesses emerged the leviathans that are the holding companies today, often bigger than the client companies they serve.

The book is an inspiring story of the startling personalities who changed the rules, not for the hell of it, but to do more effective work.

The book’s title, of course, is a reference to the TV series, which has rekindled public interest in advertising, and, which was probably intended to help it sell. But in many ways it does the book a disservice. For starters, there is no real connection between the show and the reality of adland in 1960. It is a red herring that distracts and detracts from the book’s brilliant analysis of how advertising got to be as important as it did.

As Lois said to Cracknell:

“The more I think and write about Mad Men, the more I take the show as a personal insult. So f*ck you, Mad Men, you phoney, grey-flannel-suit, male-chauvinist, no-talent, WASP, white-shirted, racist, anti-Semitic, Republican SOBs!”

The second red herring is the word ‘mad’. Interviewers all want to hear the stories of shagging and boozing, whereas the big reveal is of the men who had the chutzpah to magic an entire industry out of thin air. The story of Marion Harper alone is worth the price of the book.

However, if we must talk of people with big personalities busting out of the narrow confines of their jobs and careers, then Andrew Cracknell qualifies as a Mad Man himself. When he was the Executive Creative Director of agencies that included WCRS and Dorlands, lesser people may have felt threatened by his intelligence and his uncompromising nature. (His boat, incidentally, is called ‘Severance’, which tells you more about them than about him.)

There are many Cracknell stories, including the one about an important pitch, when, after presenting the creative work to the prospective client, Andrew sat down, fished out a copy of the Daily Telegraph and began reading the cricket report while the media man droned on about where the money would be spent.

Squirmy little creature, advertising creativity. Difficult to get a hold on. I’ve been thinking about this a lot over the last two or so years, writing my book about the 60s New York Creative Revolution. There you go – what does that mean, “Creative Revolution”?

Problem is, even that article didn’t define “creativity”.

Is it Awards? What about the effective ads that didn’t win awards? And the criteria for awards, what about that, where a terrific ad for a utilitarian product that cleans your oven counts for no more than a terrific ad for a product or charity that saves lives? The wide open goal. What would you rather work on – toilet bleach or Save the Whale?

In going in deep, really deep, into New York in the 1960s, into what made DDB and Ally and Gargano so great, probably two of the greatest agencies of all time, I’ve come to the conclusion that the last thing either of them would ever do was make a distinction that polarised “creative” and “non creative”. They just weren’t interested – it was an argument that would have bored Bill Bernbach and Bob Gage and I know bores Amil Gargano. Ads either work or they don’t. And those that work tend to talk to people on their level. Is that “creative”?

Bernbach said “we have to kill the cleverness inside us. Our job is to sell our clients, not ourselves”. In surveying the boorish cacophony that advertising had become at the time he started to revolutionise it, by 1960 the Demon held most responsible for the insulting didactic hectoring that the US public had to endure day in, day out, was Rosser Reeves of Ted Bates. Reeves was a man personally highly cultured, a poet, novelist, yachtsman, a Greenwich Village dweller when it was still the haunt of beatniks, an international chess player. Creative? Probably. Yet at work he was a complete media hooligan.

He liked to tell clients a story about a mule so stubborn that the farmer takes it to a mule doctor to get it going. The doctor says he can fix it for $5, the farmer gives him the money, so the doctor picks up a hammer and hits the mule straight between the eyes.

“I know”, says the mule doctor, “but first I have to get his attention”.

That was Reeves approach to the public. Hit them, over and over again, with the same unique sales point – “nine out of ten doctors recommend”, “four out of five housewives say”, “contains our unique ingredient X” - put as simply and forcibly as possible, so the lumpen public, bored rigid in front of their TVs, can make no mistake.

The USP has frequently ever since been vilified in many elements of the “creative” community. Only recently I read an argument in a cutting-edge  magazine that said reasons to purchase through persuasive argument and rationality were now irrelevant, that emotion was more important in the purchasing decision.

But Bernbach and Gage and Gargano and Lois and Protas and McCabe and Levinson and all those Godfathers of all the good that has been done in advertising ever since would be bewildered by such an argument. What Bernbach knew was that the argument between the “hard sell” of Rosser Reeves and the “soft sell” of “creativity” was a false dichotomy, that the proper path was the hard argument put softly. Humanely.

Maybe that’s what creativity is; an understanding of how to talk to people. Is VW’s “Think Small”, which many, many people who know what they’re talking about consider the greatest ad ever written, “creative”?

Read the copy. It’s soaked in product points. So is “Lemon”. They’re working their balls off. Every ad that any of those great agencies ever did is based on a USP. So does just about every ad that an AMV or BBH do. John Hegarty is one of the most disciplined people I know and Bill Bernbach was unbending in his belief that an ad wasn’t an ad if it didn’t have a reason to buy.

So why does this negate “creativity”? It probably doesn’t, except that it’s at best irrelevant, at worst a false God. Because it’s meaningless in the context of advertising.

When you set out to win “creative awards”, creativity becomes a goal in its own right. And because its handmaiden is “originality” – which in turn is a close relative of “different” – you can see that in the hands of people less disciplined than Bernbach and Abbott and Webster and Hegarty, it becomes something to be pursued for its own sake.

So what is the goal? I don’t know, I don’t have to know, I don’t do it any more! But what I gathered from the 50 odd people from the era I interviewed is that “understanding” is the most important skill. You can be “creative”, in advertising’s terms, without understanding, but you can’t be effective without being understanding. And if the “Understanding Awards” sound to you like something that Planners should be awarding each other, that’s a dereliction of your duty.

Your duty is to talk to people in the most effective way you can. And you can’t do that without understanding them.