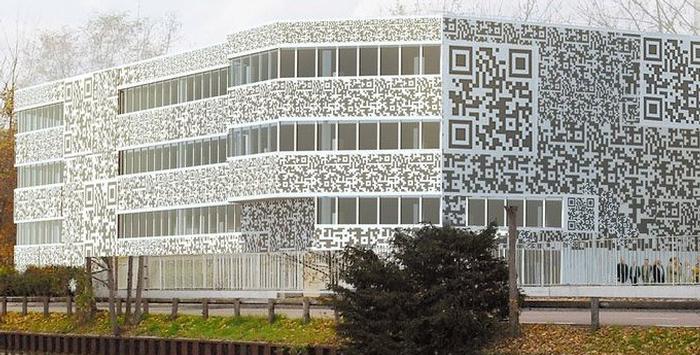 Personally, I am not sure they are here to stay. Augmented reality and other connecting devices will take over. But in the short term they provide brands with a brilliant opportunity to create a direct link with their consumers. They can tempt shoppers to surrender their email addresses, even their postal addresses (as was the case with Cheil Korea’s brilliant campaign for Homeplus), as well as get them to click the ‘Like’ tab or to follow them on Twitter.

Linking in to your phone’s GPS, QR codes can let you do some interesting things. For instance, Pet Check allows a dog-owner to scan a QR code as and when he or she drops off a dog with a dog-walker and then see exactly when the hound was walked and where.

So, while my purpose here is to show some of the really interesting places and formats that QR codes are being used in, first a warning message!

Graham Charlton, an Editor at econsultancy has written a good blog-piece about some of the mistakes people have made (at http://econsultancy.com/uk/blog/8669-11-dubious-uses-of-re-codes).

For instance, there’s not much point putting a QR code on a poster anywhere on the London Underground. They may have Wi-Fi in Seoul’s subway, but in the UK they don’t. So you can line up your iPhone, click and….nothing.

Similarly, you aren’t going to be able to scan a QR code on a poster placed twenty foot up on the side of a building unless you’re on a crane.

Lastly, as Charlton notes of an advertisement placed by MI5 trying to recruit young spooks to the business, if you haven’t optimized your website for mobile, you’re wasting everyone’s time, especially your own.

That’s the thing about direct communications now. There has to be a tangible benefit for people when they do take the time and trouble to interact with the brand. That doesn’t mean to say every QR code is simply a means to giving coupons or discounts to people most likely to use them. But it does mean that brands have to provide value of some sort even if it is just a laugh.

So, when Clear Shampoo launched in Thailand they launched on the back of twenty heads, young guys who had a QR code shaved into their scalps. Of course it was a stunt but it got people talking, it became a big press story and it led to ten million views of the online video. It’s a great case history for how to launch a brand on a fraction of the budget it would normally take.

What was in it for the consumer? Fun. But getting people to laugh is often not just the first response but also the most important response you can get to an idea. It’s that which gets people to pass the link on.

Obviously, in Direct Mail, what a QR code does is turn one sort of experience into another. From reading a letter you can now go to a website where you can see more content and hear a voice or even music. It turns a mailshot into a deeper kind of engagement just as it turns a press ad into a TV commercial.

Publicis Brussels won plenty of awards in 2011 for Reporters Without Borders with an idea that brought some of the world’s more notorious dictators to life. Scan the QR code, then place your smartphone over the mouth of Gadaffi or Ahmadinejad and you got to hear about the journalists they had imprisoned.

This same technique was also used by French student Victor Petit to make his CV stand out from the thousands that potential employers get to see. Scan the code and you got to learn more about Petit from the horse’s mouth, as it were.

A lot of readers may know all this but perhaps not all of you will know what fun you can have with QR codes, first of all in where you place them and, secondly, in how you design them.

So, where can you put your QR code?

In Japan, they are burning them into the marble of tombstones and memorials so that when you go to the Garden of Remembrance you can access photographs and videos of the deceased. What I like about this is it is a connection between the past and the present, which could be explored further.

Where else can you place your QR codes?

Well, on a rooftop, for people who are browsing on Google Earth to find. (Or for the occasional pilot of a microlight!) Or even all over your building as in Dijon.

You can make personalised QR codes and stick them on a tee-shirt. This is what Leo Burnett Poland did for Heineken at the Open’er Music Festival in Gydnia last summer. Festival-goers could check into the Heieneken tent and make their own QR code. In inviting others to scan and read their code, it was a great way to meet new people and drink beer with them. Or something.

One web designer printed QR codes onto her dress when she went to the Webby Awards. Jessica Stuart had made a video for the Elizabeth Glazer Pediatric AIDS Foundation and when you scanned her frock, which over 100 people did that night, the video played on their iPhones. It was a great way of spreading awareness of the charity and its work as well as getting Jessica herself noticed and talked about.

In Directory 21 there was an example of a QR code burned onto a pint glass. Only if the glass is filled with Guinness can the code be read by a smartphone. If, in the pub, you did scan the code, it automatically checked you into Foursquare, updated your Facebook status and tweeted on your behalf.

A recent favourite was from Jung von Matt in Germany, who were on the look-out for new art directors. When creative people work late into the night at the agency, preparing for a pitch or a presentation, which they do often, believe me, then they like to send out for pizza. So what Jung von Matt did was persuade pizza restaurants close to the big agencies in Hamburg and Frankfurt to put the code in tomato sauce. Art directors at DDB, Ogilvy, Scholz & Friends and so forth, when they scanned the code, were taken to a site which asked: Happy in your current job?

As well as tomato sauce, QR codes have been designed with paint-pots. Duval Guillaume in Antwerp created a poster for AXA Home Improvement Loans using the coloured lids on paint tins.

Talking of colour, agency Jess3 in Washington DC, USA, have shown that QR codes don’t necessarily have to be black and white and boring. They can be every shade of the rainbow and be beautiful as well as useful.

Most of the squiggles are simply masking breaking up blank areas which might confuse the decoders.

QR codes are also popping up on television too. The BBC has always been keen to explore new technologies and have used QR codes in cookery programmes to take viewers to a website where they can read and download the recipes. Of course, the code needs to be on-screen for a fair amount of time to allow the viewer to be able to scan it.

Big Brother has used QR codes to show hardcore fans secret footage of the goings-on in the house but in advertising it has been Duval Guillaume again who have been the innovators. Their TV ad for Axa Insurance invited you upfront to scan the QR code on screen so you could go behind the closed doors and see what really happened. (A spaceship crashed into the house!)

It extended the ad, and turned something you would normally watch passively into an active engagement.

However, and here’s the second health warning. Even though the latest figures I have seen show that in the USA in one month alone in 2011 14 million different mobile users scanned a QR code at some stage (58% doing the scanning at home, 38% in a store) in the UK to date only 16% of smartphone owners have downloaded a QR reader app.

So we are still all waiting for someone to come up with an idea so amazing everyone will want to download the decoder to become a part of whatever it is. There’s an Olympics coming up. Maybe something around that.