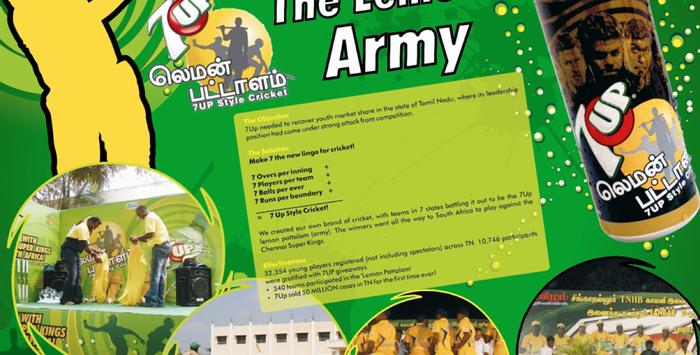 7Up, The Lemon Army - PepsiCo India

Cricket is religion, as far as youth in South India are concerned.  7Up already had an existing sponsorship deal with the Chennai Super Kings, the top team in the India Premier League (IPL) Cricket Series.  It was decided to leverage this deal to maximise the impact the campaign would have on young cricketers.