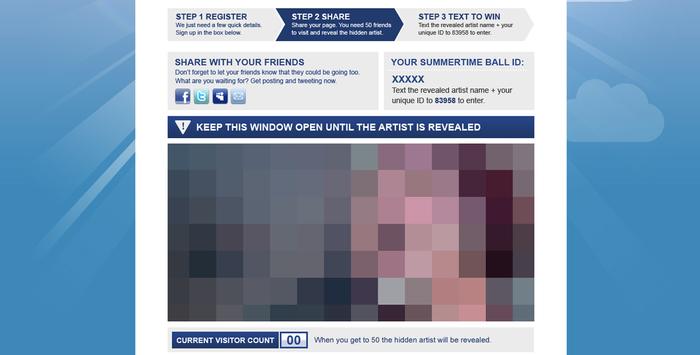 The aim was to spread the word about Capital FM’s annual Summertime Ball at England’s national arena, Wembley Stadium, on 6 June 2010.

The agency opted to use regular listeners, proven brand evangelists with formidable social networking skills, to create buzz about the Ball. In the process, they also hoped to attract new listeners to the station. The reward for participants would be the chance to win ‘rare as hen’s teeth’ tickets to the event.