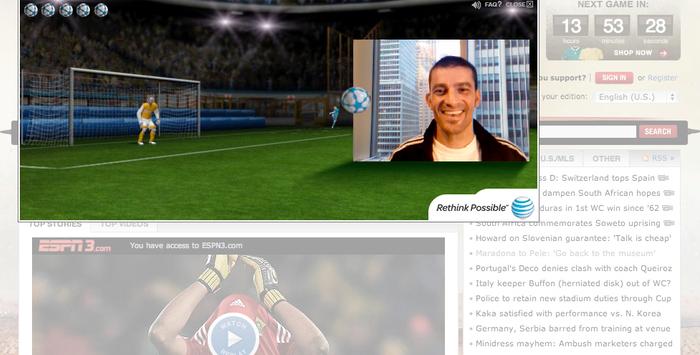 As an official broadcast sponsor of the biggest athletic spectacle on the planet, AT&T wanted to use the global stage of the World Cup to build excitement for its new brand promise, “Rethink Possible.”

The challenge was to make relevant the benefits of AT&T’s brand position as the USA’s fastest 3G network amidst the passion and spectacle of the world’s largest sporting event; and to deliver a clear and compelling message about how AT&T speed allows fans to experience a faster, deeper connection to the game they love. One last thing, all this was to be accomplished in a banner.